When we think of space we tend to imagine that we understand the concept pretty well, we tend to imagine that we know just about all there is to know about space, but if this is what we imagine then we’d be wrong! For a start, we think that ‘space is space’ and that this is all there is to it. But this is simply not the case: there are two types of space, not just the one, and one type of space automatically represses – by its very nature – any awareness of the other. So when we think that we pretty much know all there is to know about space this is because the type of space we think we know (and we don’t really know it at all) has blocked our awareness of the other type of space, which is the true or original article.

We can go into this more deeply by talking in terms of Intrinsic versus Extrinsic Space. Intrinsic Space is – we might say – ‘unconditioned’ or ‘unformatted’ space, whilst extrinsic space is space that comes to us already formatted, which is to say, limited in a way that we cannot see (or understand) when we utilize it. Extrinsic space may also be spoken of as ‘the logical matrix’, which becomes invisible to us when we operate within it.

Intrinsic Space accommodates everything equally happily. The logical matrix on the other hand can only accommodate those elements which it is predisposed to accommodating. It is an abstract array made up of discrete defined cells (or ‘possibilities’), a formal system composed of rows upon rows of specific slots or categories or compartments. The world fits into the logical matrix and not vice versa. The rule determines the process – the process does not reach back and influence the rule. Or as we could also say, in a court house the magistrate judges the defendant, the defendant does not pass judgement on the magistrate. It only happens one way. It works one way, but not the other…

What we have been saying so far might come across as being a rather abstract philosophical discussion – an abstruse kind of an argument that has no real relevance to our everyday lives. Why after all should we care about the relationship between Intrinsic and Extrinsic Space? How does it impact on us? What makes this discussion relevant is this: what we have called ‘the logical matrix’ or ‘Extrinsic Space’ is the everyday rational mind and this mind is responsible for determining what is real and what is not real. We base our view of the world on this mind, in other words, which basically means that it determines everything about us. Inasmuch as we are ‘rational beings’ we – along with the logically ordered world we believe in – are the products of this mind.

Straightaway – if we are paying attention here – we can see that this constitutes a very big problem. For a start, we can of course make the observation that it is not a particularly auspicious situation to be in when the whole of our reality (the whole of what we are allowed to believe in) is determined by a quintessentially rigid logical system which only acknowledges or registers those aspects of the world that correspond to its fixed and limited categories. Saying that this narrowly determining influence of the rational mind results in us having a ‘blinkered outlook’ is a truly masterful understatement.

When we explain (or define) something in terms of itself then our explanation (or definition) arrives on the scene as if it were something new, as if it were something that hadn’t been there before. But actually there isn’t anything new there, there isn’t anything there that wasn’t there before. How could there possibly be? The same old thing can only produce the same old thing. The same old stuff can only give rise to the same old stuff. So really there is no producing, there is no arising. If there seems to be then that’s just an illusion, that’s just a trick of the light. There is no change going on; there is nothing new coming into the picture….

To say that having this understanding of the rational mind and how it works is revolutionary is not making the point strongly enough! Everything we ‘know’ is revealed as being a tautological apparition. All of the ‘rational truths’ that we have been banking on for the whole of our (adult) lives are shown up to be mere self-referential phantasms, no more than miasmic vapours. The rational mind’s total output is made up of tautological apparitions that we have unreflectively taken at face-value. We’re living in ‘spook city’ in other words, and the one who is living there – the mind-created self that we identify with so fervently – is also a spook. Everything mind-created is a spook. That’s what the thinking mind does – it creates spooks. So a spook is living in spook city, and that’s the only type of ‘reality’ that we generally know about! Anything else – anything ‘non-spook like’ (anything that is not a product of the thinking process) – we disregard as not being proven, as being fanciful, as being ‘airy-fairy’…

The question is: how does discovering this make us feel? What does it do to us to have this revolutionary understanding? The usual reaction to seeing the insubstantial nature of all of our thoughts and concepts is fear. We’ve put all of our eggs in one basket and now we’ve discovered that this basket isn’t real! We have our sense of security all tied up with the tautological apparitions not being tautological apparitions and this spells big trouble further down the line.

‘Security’ means believing very firmly indeed that our insubstantial thoughts and concepts aren’t insubstantial and if this isn’t a recipe for unending suffering then nothing is. ‘Security’ doesn’t exist, and yet we pin everything on it. Our number one obsession in life (whether we see it or not) is chasing after ‘new, improved forms of security’ and so, when it comes down to it, this means that our number one interest in life (whether it sounds crazy or not) is chasing after suffering…

The only way our insubstantial thoughts and concepts can seem substantial to us (and thus provide us with the illusory sense of security that we crave) is when we confuse the logical matrix with Intrinsic Space. The only way all the tautological apparitions that we believe in so firmly (and which we construct both ourselves and the world out of) can seem real is if we substitute Extrinsic Space for the genuine article without having any clue that we have done so. We simply can’t afford to be aware that there is any such thing as Intrinsic Space if we are to hang onto the illusory limited world that we are so attached to, that we are so terrified of letting go of.

And yet the unforeseen ‘sting in the tail’ that comes with this sneaky unannounced substitution of Extrinsic for Intrinsic Space is that when we take the logical matrix as being synonymous with reality itself then we’re living the whole of our lives in a hallucination! We’ve become ‘unreal without knowing that we’re unreal’… 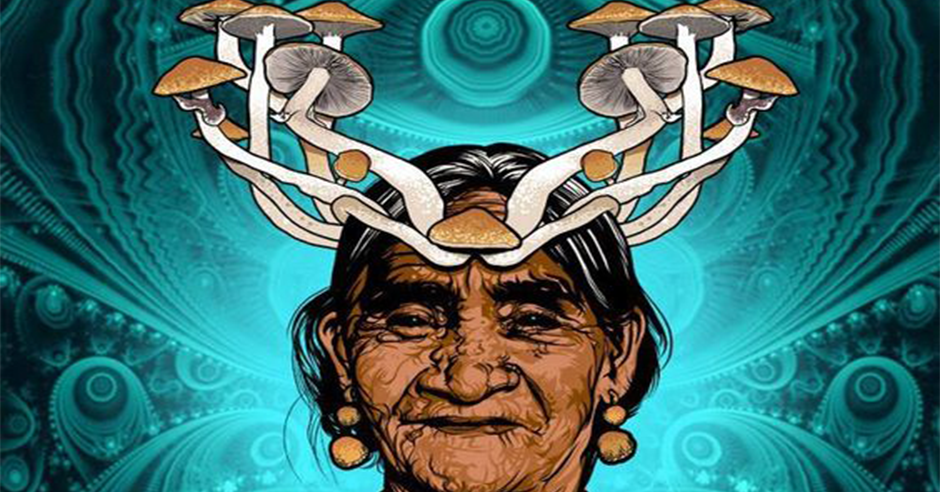 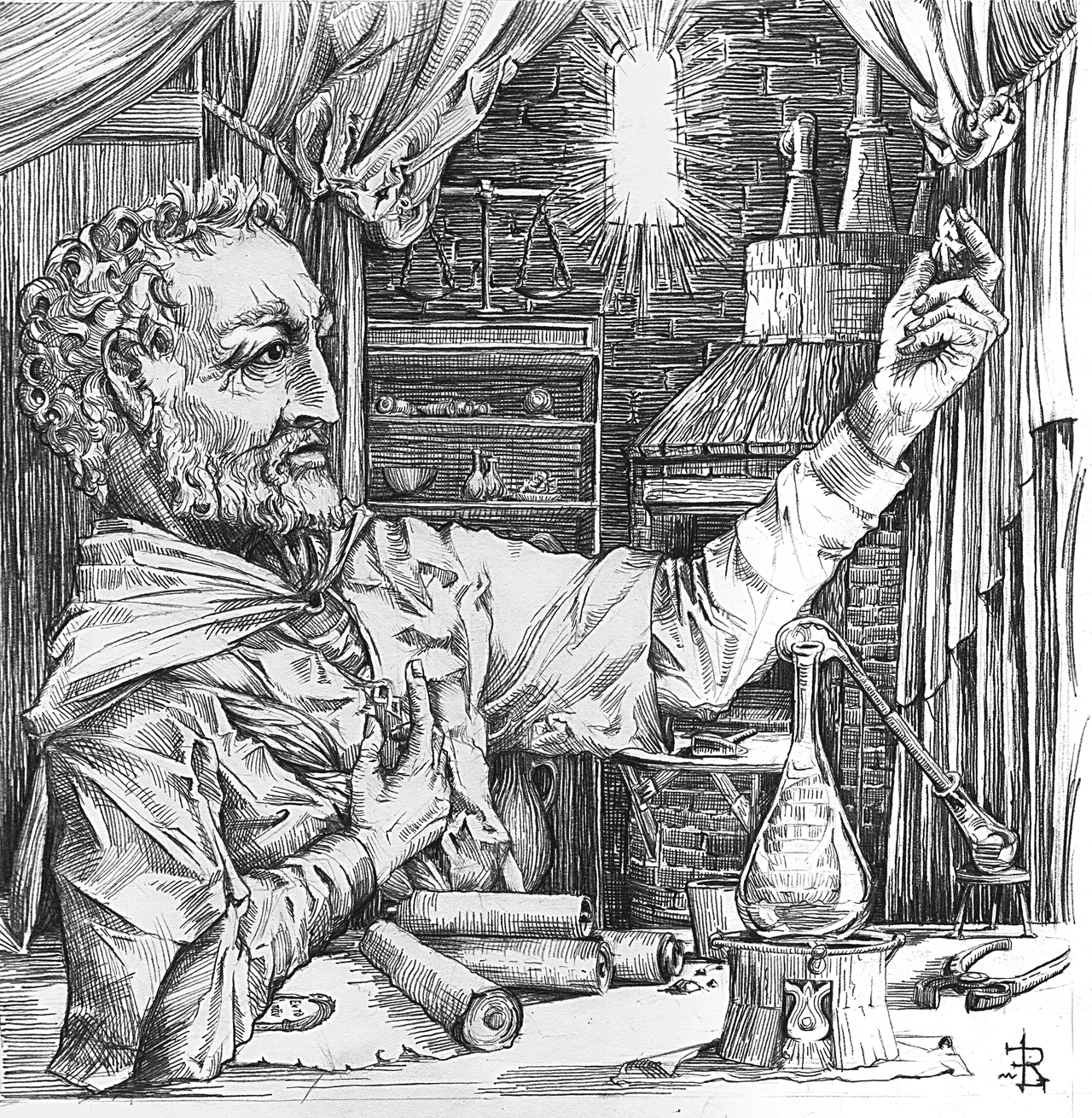