The Principle Of Mobility (1)

We can, if we want to, understand the whole of psychology in terms of the principle of mobility which is a principle that is symbolised in alchemy by the mysterious and highly elusive figure of Mercurius. What we’re talking about here goes beyond all of our usual conceptions of ‘mobility’ however. The mobility of Mercurius can be equated to non-locality, which equals freedom from all ‘constraining or determining frameworks’. Lack of mobility therefore implies locality, or the state of ‘being determined’, which corresponds to the material universe. More than this, corresponds to the ‘framework of space and time’ of which the material universe is a lawful and essentially predictable expression (inasmuch as it is bound to ‘fit into it’, and obey its laws).

The state of zero mobility is signified by the alchemical motif of the ‘philosophical lead’, which is a state of being that is characterised by heaviness, inertia, and great suffering. Then is the ‘default’ setting, and thus the beginning of our journey. Philosophical lead is also related to the state of depression. The suffering in this ‘heavy’ or ‘unfree realm’ is unbearable, as we can see from the scene in the visions of Zozimos where he encounters the mutilated anthroparion who bites and tears at his own flesh, and then vomits it up again. The lack of mobility and freeness that we are talking about here is a horror, a torture, but there is something else we can say about the unfree state and that it is and that is that it creates two things that we are very much attached to – one is the sense of familiarity that we have about the world, or our situation in the world, and the other is the self. Furthermore, this to tidy this up a bit more, we can say that ‘having a sense of familiarity about the world’ and ‘having a self’ both come down to the very same thing. So here is something very interesting – lack of freedom (or lack of mobility) is a curse, a source of pain, but it also provides us with what we crave, which is the self, the fixed and familiar point of reference. We can relate this to the Buddha’s First Noble truth – ‘existence is suffering’. What the Buddha means – clearly enough – is that conditioned existence is suffering (i.e. the type of existence that is subject to mechanical laws is suffering). Unconditioned existence doesn’t involve suffering because there’s nothing that we feel we need to hang onto (because there is no self). The Buddha didn’t say that ‘the state of no self’ necessarily involves suffering; what necessarily involves suffering is ‘hanging onto a self that doesn’t exist’ (or ‘hanging onto a self that we don’t have’. If we are driven by the need to find something to hang onto then this is where all our problems begin; when we are driven by a sense of ontological insecurity to find something to hang onto then the only way out is for us to invent something. We invent a hook to hang everything on and this is both the start and the ongoing continuation of all our problems since by apparently solving the problem of ontological insecurity all we have done is create another one, which is – when it comes down to it  – merely a surrogate version of the original one. Our new problem comes from the fact that we are trying to build and maintain a way of life based on an unreal foundation. This is highly problematic in itself of course and in addition we have the extra problem of hiding from ourselves the fact that we have ‘invented the hook’ (which is the phenomenal self) which is something we absolutely don’t want to see. It is bad enough finding solutions for all the proliferating problems that attend the state of being a concrete or fixed self without also having a problem having to hide the fact from ourselves that the one is afflicted by all these problems (and is so very keen to solve them) is a fiction of our own construction! What kind of a mess is this, after all?

It can clearly be seen that within this setup (of being a concrete or reified self which is constantly being beset by problems that arise as an inevitable consequence of its very nature and which it has no choice but to me to try to fix or hide away from as best it can) has no possibility of mobility within it. The source of our mobility in this situation would be for us to allow ourselves to see that the one who needs to solve or hide from all these problems (the problems that are the consequence of its own inherently self-contradictory nature) is nothing more than ‘a way of looking at things that has become concretized for us’. To see this will be our salvation, so to speak, but our salvation just happens to be the one thing that we don’t want to know anything about. We have the biggest aversion possible to looking in that direction! The concretization of one particular way of looking at the world so that it becomes the only way always brings a host of difficulties into existence and this was expressed by the alchemist by equating the state of ‘philosophical lead’ with suffering – philosophical lead (as we have said) is heavy and dense and it has no mobility, in stark contrast to quicksilver, or ‘the mercurial principle’. There is zero freedom in it and ‘zero freedom’ creates paradox or self-contradiction; the state of zero freedom is self-contradictory – it is a self-contradiction in its very essence because it is simply not possible. In our usual way of thinking about things we can’t at all see how a ‘definite’ or ‘unfree’ position always involves self-contradiction – we can’t make sense of that at all! The definite position only gets to be definite ‘because of what it isn’t’ however, as we would all no doubt be happy to agree. The cat is on the map because it isn’t not on the mat; ‘yes’ is ‘yes’ because it isn’t ‘no’. I’m here because I’m not there, etc. We all understand exclusive logic, or ‘the Principle of the Excluded Middle’ as Aristotle called it. What this means is that we are operating on the basis of polarity of course and the two things that we can say about polarity are [1] – that it involves self-contradiction and [2] – that it isn’t a real situation.

Polarity is a self-contradiction because it is made up of two opposites, obviously enough. There is a blatant self-contradiction right there! We have ‘yes’ on the one hand and ‘no’ on the other and since these two terms can never be separated (because the one can’t exist without the other) there is no way that we can deny that polarity is a quintessentially self-contradictory state of affairs. What could be more self-contradictory than ‘yes’ and ‘no’ (or ‘positive’ and ‘negative’) in the same package? The only way that position can be ‘definite’ is by the exclusion of the opposite and because a definite position requires the exclusion of its opposite it always it is always going to involve its opposite! This comes out in logic is the Liar Paradox (or Bertrand Russell’s Barber Paradox) both of which show with great clarity that ‘yes’ equals ‘no’, that ‘true’ equals ‘false’. What could be more paradoxical than that? The second thing that we said we know for sure about polarities is that they don’t exist (or that they are ‘abstract scenarios’). Whilst it is evidently the case that the rational intellect works by ‘separating opposites’, as Jung points out, this does not in any way mean that this is how things are in reality. This is a slightly more tricky point to argue in the case of the physical universe as we commonly encounter it; in nature, we do of course encounter polarity – a bar magnet is a perfect example of one such because it’s got a North Pole at one end and a South Pole at the other (as indeed does the planet as a whole). And if we look at a hydrogen atom, here again is a perfect example of ‘a working polarity’, a polarity that actually exists in nature – there is a minus one charge on the electron and a plus one charge on the proton – all matter is made up of polarities, therefore! That’s what matter is. What we don’t ordinarily realise however is that the physical universe represents a refracted version of the underlying reality from which it sprang: when we refract the original non-polar (or symmetrical) situation then we end up with polarity, we end up with ‘broken symmetry’, and this might be counted as a fairly a fairly uncontroversial principle in cosmology. The tangible world – the Realm of Form as it is called in Buddhism – can thus be seen as an abstraction (or ‘refraction’) from the state of Original Symmetry, which then means that it is ‘essentially unreal’, just as all abstractions are unreal.

We can also consider polarity as it is encountered within the Psyche – the Psyche itself (we might say) – is a non-linear, non-mechanical entity that doesn’t operate via polarities, or ‘yes versus no’. What fuels the Psyche is far richer than ‘cause and effect’; what fuels the Psyche is being itself. We’re not particularly aware of the Psyche in everyday life – with the noticeable exception of dream, which we take very little notice of – and instead we inhabit the dull and uniform suburbs of the rational mind. If the psyche runs on ‘the rich juices of being itself’, then the rational outskirts are all based on rumour of being, gossip about being, talk about being, and that – naturally enough – doesn’t really get us anywhere; we can talk about being forever but we won’t get any closer to it. The ‘rational refraction’ of reality is made up of polarity and whilst the world we make out of ‘yes versus no’ seems very real, very ‘objective’ to us, it’s pure illusion. Only being is not illusion, and being is not a polarity – there aren’t ‘two things’ in it but only the one! We approach being by unifying the opposites, as Jung says, not by keeping them at a distance from each other, and then living our lives in the rational/logical continuum that is strung out between them, like some kind of sticky spider’s web. The logical continuum is all about quantity; being on the other hand has no gradations in it and is rather ‘all about quality’. Quantity seems to us like far more objective thing than quality because we can measure it precisely and say specifically what it is, which we can’t do with quality, but all that we’re really doing here is ‘defining one illusion in terms of another’ – which seems rigorous but ultimately means nothing. Quality however – even though we can’t measure it or say what it is – is where it’s at! “All theory, dear friend, is gray, but the golden tree of life springs ever green” says Goethe. Quality relates to something that is always ‘beyond the framework’ (or ‘independent of the framework’) whilst ‘quantity’ is just another word for the FW.

In conclusion therefore, what we’re saying is that there is no ‘mobility’ whatsoever within the framework even though the framework seems to us to be the only thing that is real or worthy of our attention. There is only the illusion of mobility, the illusion of freedom within the framework. When the FW gets so tight and so constrictive that it excludes all trace of quality then what we have here is the state of philosophical lead, the state of suffering which is crying out to be redeemed. 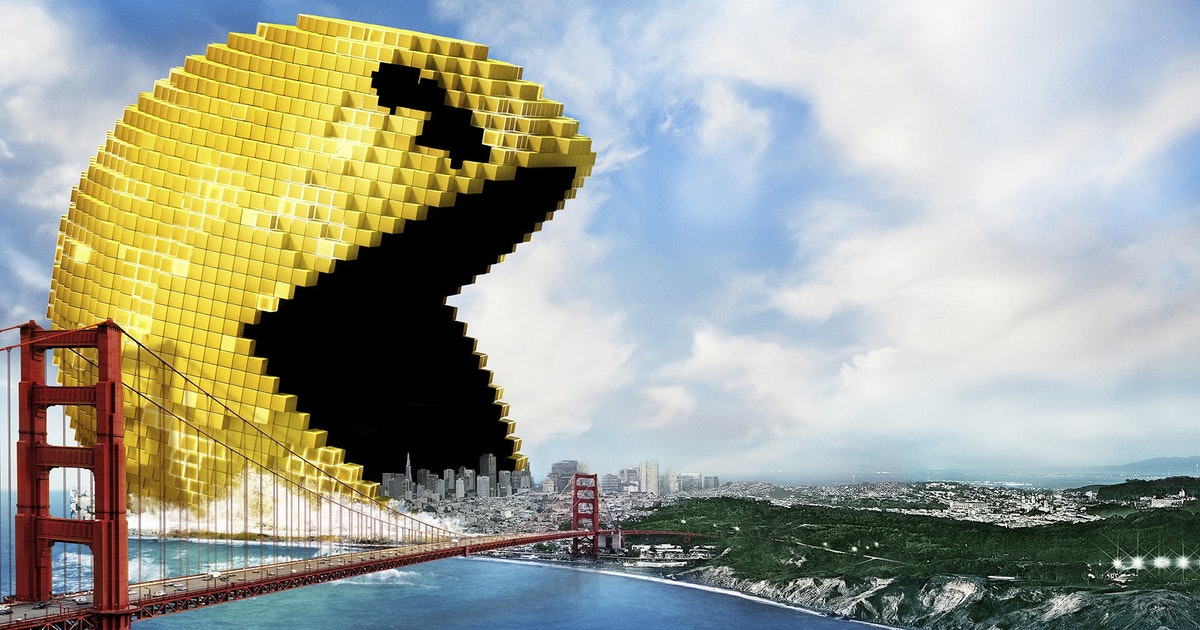 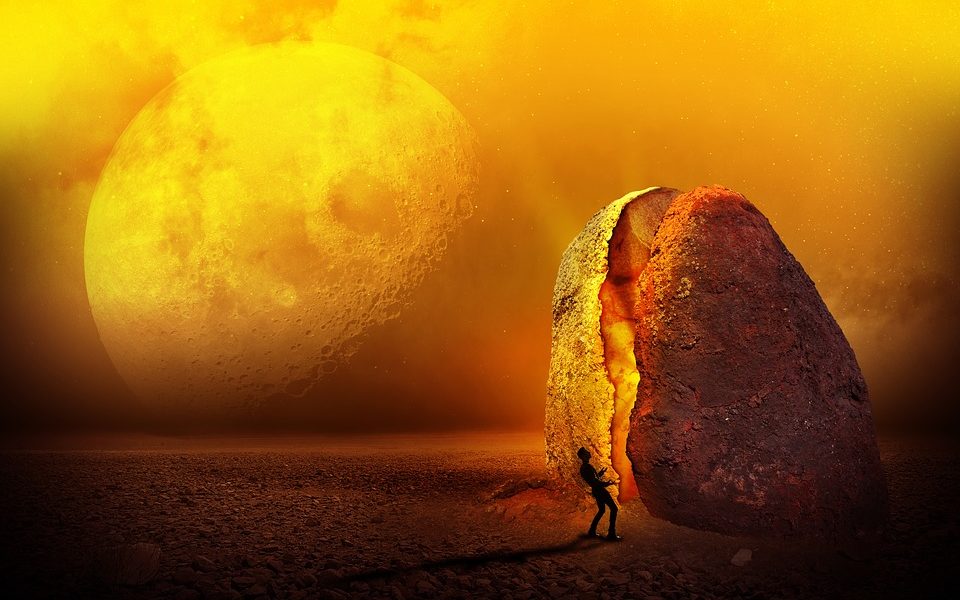 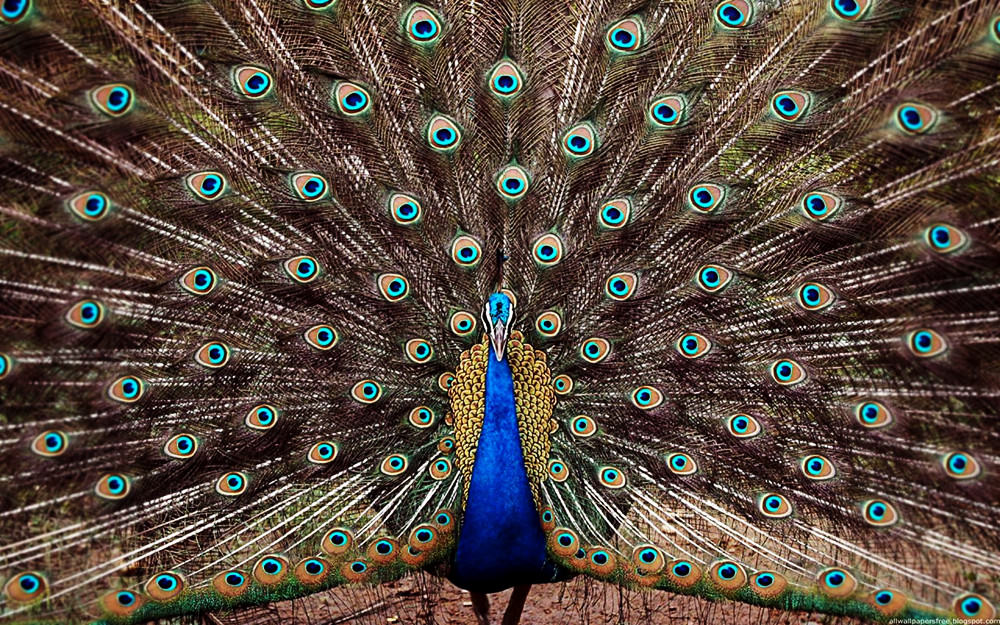