Reality is All Around Us…

Needless to say however the chances of this happening are extraordinarily tiny. They are practically zero. What are the chances of me not looking at the world in the same old way that I always do? What are the chances of me not doing the same old stuff that I always do? The idea that I will all of a sudden drop my habitual, limited way of being in the world and just kind of ‘step sideways out of it’ is fantastically unrealistic – as experience shows, this is the one thing that just never happens. We cling on to what we know.

We all have our regular, repetitive ways of looking at things, thinking about things, and doing things that we are extremely attached to. We are so very attached to our habitual modality of being in the world that we would have to have it pried out of our hands, forcibly taken away from us. As long as we have the strength to cling onto our routinized existence we will do – we will only let go of it if we have no choice in the matter. For this reason, therefore, it can be said that we are all ultimately averse to encountering reality (since as we have said, we can only encounter realty if we drop our established viewpoint on it, our habitual approach to it).

The point is – then – that we don’t actually care about reality at all – we only care about our own angle on it, our own biased viewpoint on it, our own prejudiced beliefs about it. And even saying this is giving us too much credit. We don’t really care about our beliefs – in the sense that we don’t really care what our beliefs are – we only care that we should have some belief or other, whatever it might be. We care that we should have something ‘safe’ to cling onto so that we won’t be challenged to look at reality afresh every day, which would be very difficult, very demanding.

It is therefore important for me to have some kind of a habitual or established way of looking at the world but rather than acknowledging that this is the case (i.e. that I need some model or other to act as a buffer but that it doesn’t matter which) I invest an awful lot in the idea that my particular viewpoint is very special indeed, and quite unlike all the rest. I play – in other words – the game that it is very important indeed that the pattern in question be preserved at all costs. This is the rule of the game – that the pattern be protected come what may, that it must never be lost or sacrificed. The first possibility (adhering to the pattern) is therefore RIGHT and the second possibility (deviating from the pattern) is WRONG.

It is this game – and it is a game because it is entirely arbitrary that we take the one possibility as right and any other way as wrong – that underpins just about everything we do in our day-to-day lives. This is what the everyday mind is all about – seeing one way as right and all other ways as wrong. Whenever we engage in purposeful (or goal-orientated) activity we are playing this game – the outcome that corresponds to the goal is ‘right’ and any outcomes that don’t are ‘wrong’! What is not so obvious – perhaps – is that when we conceptualize the world in order that we may think about it (or talk about it) we are also playing the RIGHT-versus-WRONG game.

This has got to be the case since a concept, like a thought or a word, is a category and categories are created via reference to a specific rule which says what belongs in it and what doesn’t belong in it, what it properly refers to and what it doesn’t properly refer to. Aside from our concepts (or models) of reality and the purposeful activity that comes into being as a result of these concepts, these models, there isn’t in practice really very much left of us at all – this part of ourselves is the only part that we take seriously. There is another side to us other than the conceptual/purposeful but no one seems to care very much about this other side of things, or have any particular interest in it. This ‘other side’ is the side that we cannot conceptualize, and which cannot – on this account – give rise to any purposeful or goal-orientated behaviour. What we are talking about here is the spontaneous side of our nature, which is an aspect of ourselves that we are almost entirely blind to.

This is a very significant point. RIGHT and WRONG are actually reflections of one thing, and one thing only – the viewpoint that we have assumed in order to be able to make the judgement as to whether something is right or wrong. When we look out at the world from such a closed viewpoint, that same closed viewpoint is all we ever see, reflected right back at us. And when we talk about the closed viewpoint – which is the viewpoint associated with the fixed pattern that we have identified with – what we are really talking about is ‘the self we experience ourselves to be’. The duality of RIGHT and WRONG is therefore the self. ‘Right versus wrong’ is the self in a nutshell.

Seeing one narrow set of possibilities as being right and all deviations from this as being wrong, judging the world on this basis, is how we get to be a self. This is why it is completely impossible to be a self and yet at the same time not judge stuff, not evaluate stuff – after all, judging and evaluating is how I get to be a self! If I ever stopped judging and evaluating, if I ever stopped being prejudiced, being biased, then I would instantly stop being ‘my self’…

The self is a particular pattern of seeing the world, a particular pattern of being in the world. Our obsession, our driving compulsion or ‘need’, is always to maintain that very specific pattern of being in the world that we call our ‘self’. As we have said, it doesn’t matter in the least what this pattern is, whether I go for this pattern or that pattern, all that matters is that I should pick some kind of a pattern, and then – having picked it – that I should do my utmost to defend and maintain it, no matter what!

This is what it means to be a self. Being a self means that we have been given the job of having to maintain a particular pattern, it means that we have been handed some way of seeing things, some way of doing things, and then told to get on with the business of repeating that way, for ever – if possible. And if not forever, then for as long as you possibly can. What is important is the routine of having the same basic stuff to keep on repeating, over and over again – what the stuff is that we repeat, what the stuff is that we keep on doing over and over, is entirely irrelevant. This is the definition of a game – that it is all arbitrary, that the starting-off point is arbitrary, that the rule we obey is arbitrary, that the goal we aim at is arbitrary. This is what makes a game a game, and what also makes a game a game is the fact that we never allow ourselves to see that it is all arbitrary.

So just so long as I carry on separating RIGHT and WRONG and saying that the one is very much not the same as the other then I am perpetuating the pattern, I am perpetuating the self. And contrariwise – when I am caught up in the self that I have perpetuated then I will carry on believing that it is very important indeed that I continue to try my utmost to separate RIGHT and WRONG (which is to say, I will continue to struggle as hard as ever I can to have the one but not the other).

This is of course an inherently stressful and anxiety-provoking sort of a business because although it feels very satisfying to ‘get it right,’ there is at the same time always the threat of things ‘going wrong’. Even when we get things right there is nothing to say that they won’t go wrong again a bit later on. This is an ongoing kind of a job – a job you can’t ever retire from, a job that never ends. If we had read this clause in the small print before taking the task on then the chances are we would never have signed up for it in the first place! If someone had told us that being a self was nothing but stress and fruitless struggling all the way then we mightn’t have been so interested.

The thing is however there is always the implied suggestion that relief is just around the corner – the unstated promise that some kind of final resolution is possible if we try hard enough, or persist long enough. We have the feeling that we can – with sufficient endeavour – reach the place where no more ‘trying’ is needed, that place where all our trials and tribulations are finally rewarded…

There is however no such place. That longed for resolution is never going to happen. After all, as long as the dichotomy of ‘right’ and ‘wrong’ exists, then there is always going to have to be the struggle to have the one but not the other. When things go well, when we get the results that we have planned for (i.e. when we manage against the odds to secure our position against all threats) then we get a feeling of relief, we obtain some kind of a respite from the ongoing stress and insecurity. This relief, this transient respite, is the sweetest nectar of which we can conceive. This is the prize for which we search, the ‘Promised Land’ which we dream of! Every time we mark up a little victory, it conjures up a vision for us of the Great Victory and every time we yearn to fix some small problem we are really secretly dreaming of fixing the Big Problem – we are dreaming of ‘fixing it so that we won’t ever have to fix anything ever again’.

But for every blessed moment of relief, in which we get to feel safe, there is a corresponding moment of unexpected fear, when the pendulum swings back the other way again, as it must, and the cosy bubble of false security that we have created for ourselves gets punctured, causing us to wake up in a most unpleasant way to the fact that position is not safe at all, but the exact opposite. The comfort zone pops like the illusion it was and we are left trying to scrabble frantically back again as best we can from fearful, comfortless world in which we discover ourselves.

There is a way out from the narrow, non-terminating obsession with ‘right’ versus ‘wrong’ (from the thankless job of maintaining whatever pattern it is that we’re caught up in) and that is to realize that both ‘right’ and ‘wrong’ are equally irrelevant. ‘Right versus wrong’ only comes into existence when we look at the world from the arbitrary viewpoint that is associated with the pattern which we have identified with. ‘Right versus wrong’ equals the compulsion to preserve this pattern, the need to continue with it at all costs. 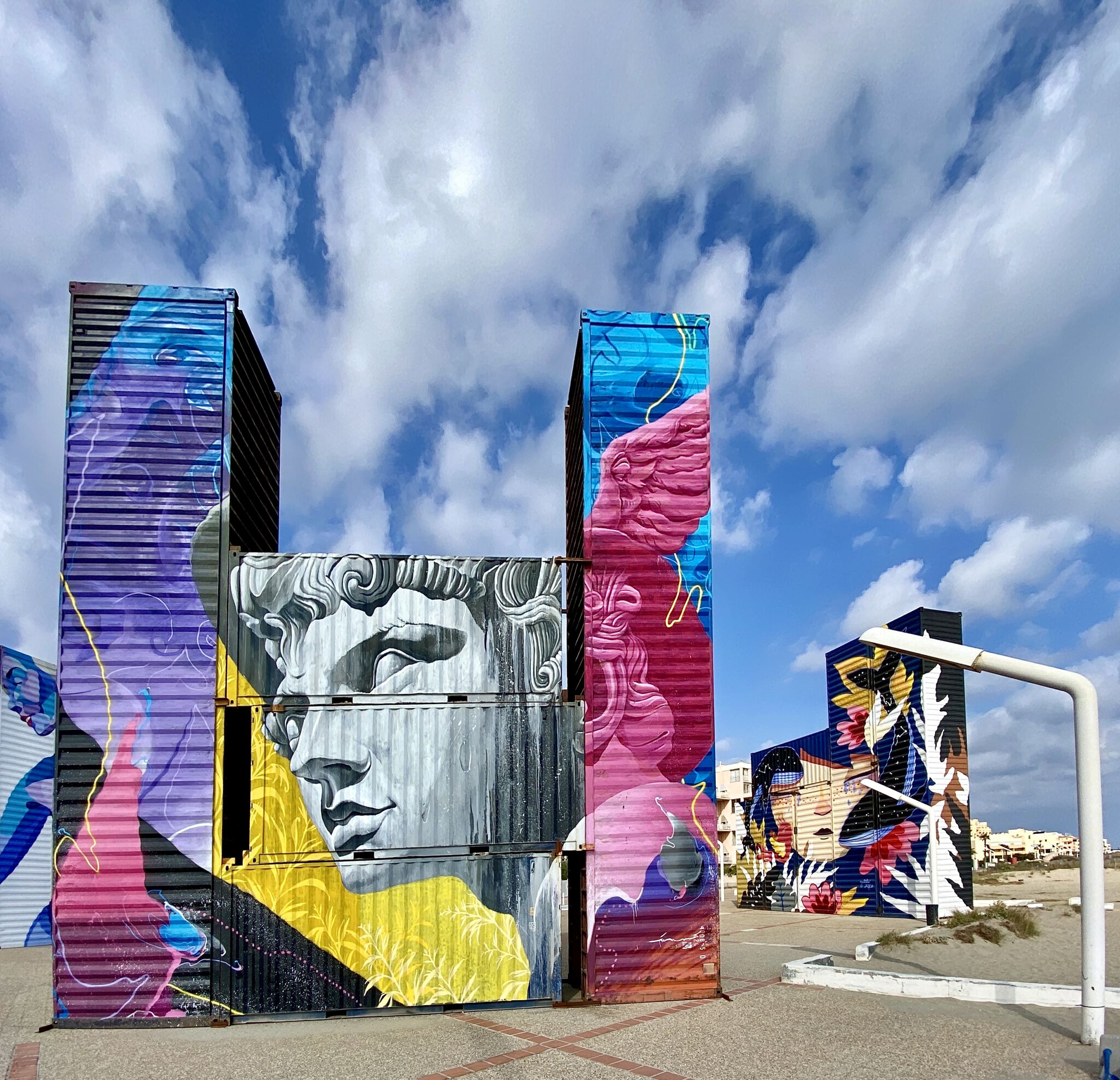 The Flight From Space 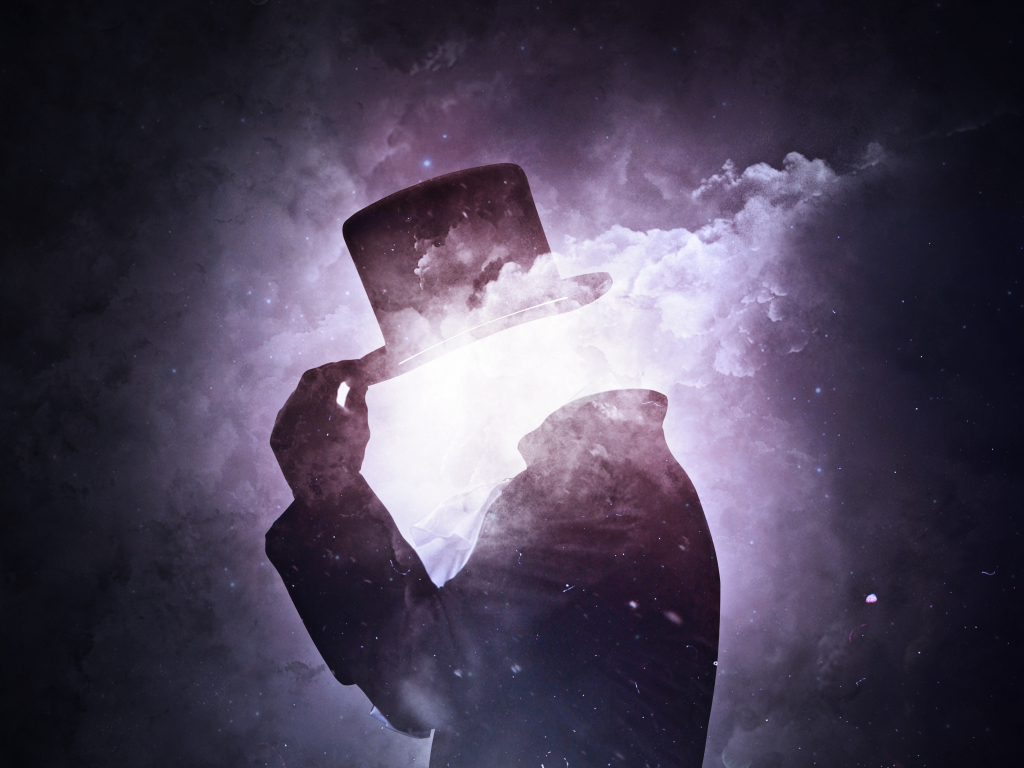 The World Of Final Meanings 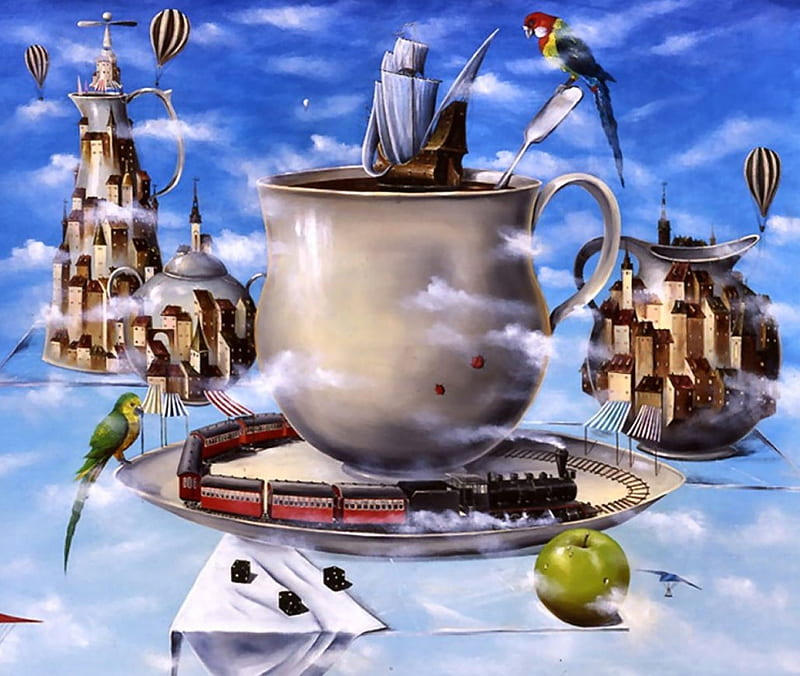