Freedom’s a funny thing because as soon as we get it we straightway use it to make ourselves unfree! Freedom is freedom and so it contains the possibility of being unfree, along with the possibility of everything else. Freedom can’t exclude anything or else it wouldn’t be freedom. Freedom also includes the possibility of not giving away our freedom as soon as we get it but somehow this is the one possibility we aren’t at all interested in. This is the meaning of the Buddhist Parable of the Prodigal Son, which is very different to the Christian one, although on the surface there are great similarities. In the Buddhist parable (which is found in the Lotus Sutra) the son is utterly terrified by the glory to which he is heir, and will do anything to get away from it…

It’s as if freedom is too rich a dish for us, too sumptuous a garment for us to wear. Its quality is too great for us – we would rather wear something shabby, something down at heel. It is as if freedom is too unlimited a commodity for us and so what we do instead is to opt for something much less rich, something much more limited and restrictive. The offer that is being made to us is far too generous for our liking (and there are no strings attached) so we turn our back on the gift and take the other deal instead, which is the deal where we reject freedom. This is the deal where we get to live in a tremendously impoverished and limited world, and also get to believe (as an essential part of the deal) that this is the only world there is and ever could be.

By way of a very rough-and-ready analogy (and when we’re talking about freedom all analogies are going to be rough-and-ready) we could say that it is as if we were out walking in the countryside one day and we stumbled, without realizing it, across an alien artifact which we picked up, put in our pocket and brought home with us. This artifact is the product of an alien civilization so far advance of our own that we could never in a thousand years guess what its capabilities might be; even if we were to wait around for a hundreds upon hundreds of years our own technology would not come anywhere close to it. Its capabilities are all but infinite as far as we are concerned…

We however are content to use this bit of alien technology as a door-stop and we never explore it any further. An old brick would serve us as well – as far as we are concerned the artifact is nothing more than an oddly shaped brick! There is of course one good reason why we might not want to open -and step through – this fantastic doorway into hitherto unglimpsed and unimagined possibilities and that is because we know nothing will ever be the same again after we do so. It’s not that things were so great beforehand – as we would immediately see just as soon as walk through the transformative door – but the point is that our allegiance isn’t these new and wonderful possibilities (whatever they might be) but to what we already know and are comfortable with. Our allegiance is to the old, not the new, in other words.

What possible good is ‘the new’ going to be to us from our established viewpoint? By definition, we don’t know what the new is going to turn out to be and neither therefore do we know how it is going to impact on us. What don’t know that the new is and so we don’t know what we’re letting ourselves in for. Or rather we do (in one limited way) know what we’re letting ourselves in for and that is the end of everything that we are currently taking comfortably for granted. We know – on some level or other – that nothing is ever going to be the same again…

The same event (moving from an unfree situation to a freer one) will look very different indeed, therefore, depending on which way around we happen to be looking at it. From the closed viewpoint that we start off from the new is always a threat – it’s a threat because when we have plenty of possibilities (unending possibilities, in fact) then the impoverished ‘one possibility’ that we are hanging onto so tightly is no longer going to seem like anything! It used to seem like something, to be sure, but that was only because we didn’t know anything else. Our limited world (which we could not at the time see to be limited) not only seemed like ‘something’, it seemed like everything. It seemed to us like ‘everything that ever could be’, as we have already said, and so to see that it isn’t marks a very big change (to put it mildly).

It was only ever my ignorance that made me see there to be ‘something there when really there isn’t’. It was only my ignorance that created the illusion of there being something precious there that I needed to hang onto at all costs. I am busy protecting and defending something, to be sure, but it just happens to be something that doesn’t exist. When faced with the gift of freedom (which is the same as ‘the truth’ therefore) all I understand is that this thing which I am busy protecting is being threatened and my response is thus one of fear. I can’t see that the reality I am cherishing is an illusion and so naturally my response is fear. What is being threatened is my ignorance and since my sense of myself is dependent upon that ignorance I have to fight to preserve it no matter what the cost.

So just to put all of this in as neat and succinct fashion way as we can, we can say that lack of freedom (or ‘lack of perspective’) makes it seem that there is something there when there isn’t, and we will protect this ‘apparent something’ with all of our might. This is not just ‘a major concern’ of ours – it’s our only concern. We don’t know anything else, after all. Our attitude towards freedom (or ‘increasing perspective’) is therefore simply one of fear. As an existential psychotherapist will tell you, our attitude to freedom is always fear, no matter what we might say to the contrary. What we’re protecting and defending doesn’t actually do us any good, however. The lack of freedom isn’t actually beneficial to us however. The lack of freedom is, when it comes down to it, the same thing as ‘the lack of truth’ and so how can that be in any way beneficial?

A grave impoverishment of possibilities is not a wholesome sort of a thing, by any means. It isn’t ‘wholesome’ because it effectively separates us from the whole; it isn’t wholesome’ because it doesn’t allow us to acknowledge or relate to the whole in any way, and ‘the whole’ is simply another way of talking about reality. Our unfree situation does nothing for us but supply us with an unending supply of pain – the pain of narrowness that we can’t see as such – and yet we hang onto it for all we’re worth, for the reasons we have already given. Perversely therefore, we ‘cherish our own unhappiness’.

From the other side of the event however (the event of ‘moving into freedom’ or ‘expanding our perspective’) we can see that it was a very great blessing, a blessing the true import of which is quite beyond our powers to understand.  This is the ultimate blessing, the endless and unfathomable blessing – there couldn’t be anything more wonderful than this. what could be more valuable than freedom, after all? What would anything be worth, without freedom? And of course it’s not just that nothing is worth anything without freedom, nothing actually exists in the absence of freedom. This pain-producing ‘world of limitations’ that we are so attached to is nothing but a dream.

What is it in our dream that we are so very interested in, this so-called ‘thing’ that has nothing whatsoever to do with freedom and yet which we perversely spend all our time searching for? Why indeed do we engage in unfree / mechanical / sterile activities the whole time when we could be enjoying the incomparable gift of freedom instead? Where is the sense in this? Or, as we could also say, what’s so very fascinating about the dream that we should always be turning our back on reality?

One answer (and it’s a very obvious answer) is to say that we hope to get something out of it. We very much hope to get something out of it! ‘Getting something out of it’ is the name of the game – that’s what informs all of our purposeful activity, that’s what informs all of our goal-orientated thinking. The curious thing is however is the question of what it is that we imagine we are going to obtain here. What exactly is this prize that we are so determinedly chasing, this prize that is ‘better than freedom’ (which as we have said is what was already offered to us right from the start, with ‘no strings attached’)?

The big ‘flaw’ in our logic (if we may call it that) is that nothing exists outside of (or apart from) freedom, so whatever it is we imagine we stand to obtain is only a species of fantasy and not – on this account – something that is actually going to stand up to scrutiny. We’re searching for this ‘very special thing’, this very special thing which is ‘freedom for the self we imagine ourselves to be’. This isn’t true freedom at all however because true freedom means letting go of all the limitations that we have compulsively identified ourselves with. It’s not the genuine article but what we might call ‘an unreal analogue of the genuine article’. The thing about this ‘unreal analogue’ is however that we’re going to do an awful lot of searching for it because it simply isn’t there in the first place…

This is why the dream goes on forever. The dream goes on forever because it can never come to any resolution. It can never come to any resolution because the resolution’ we want is the ‘unreal analogue’ of freedom (that is supposedly to be found by being unfree!) and this unreal analogue is actually the ultimate absurdity, as we could plainly see if only we would look at what it is that we are actually doing in the dream. Seeing the utter absurdity of what we’re trying to do is not however very high up on our agenda of ‘things to do’. It’s not actually on our agenda at all! 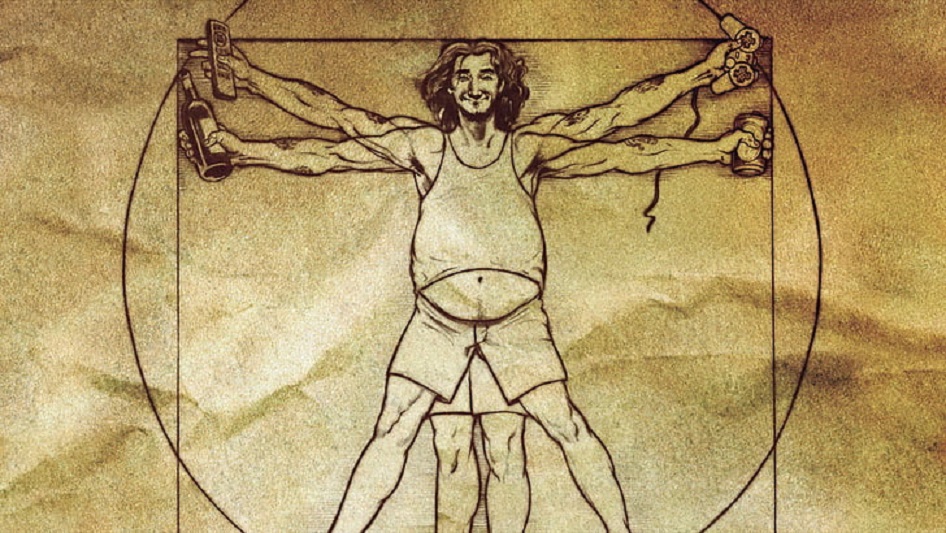 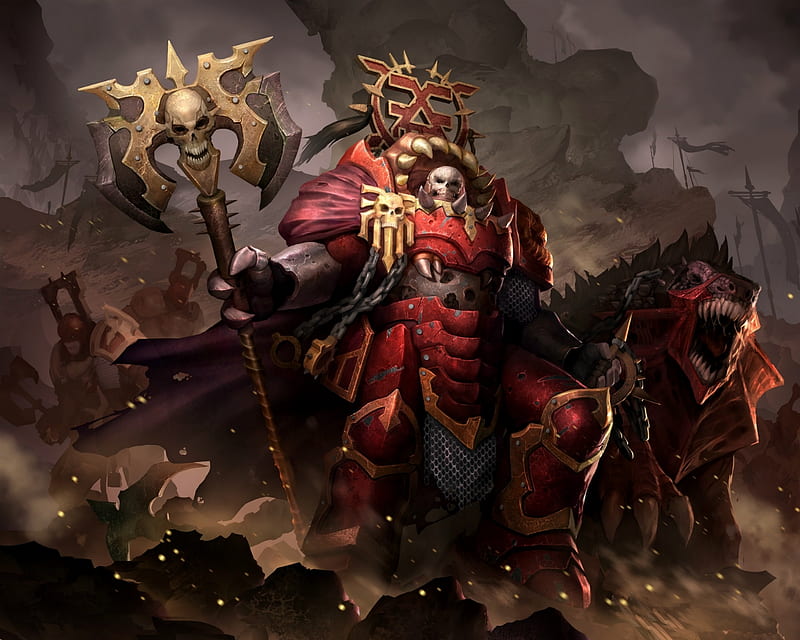