To Think Is To Create A Finite Game

There are two ways in which to play the finite game – one way is to play it with what we customarily see as ‘unreasonable pessimism’ with regard to how well we are going to do in it, the other way is to play it with ‘unreasonable optimism’. To take the second case first, we are playing a finite game and it’s a prison (because a finite game is always a prison) but we don’t see it as such. We don’t see it as such because we believe that when we succeed in the game then this is going to expand our world in a very significant way – a highly attractive illusion is being generated, and that illusion is making our world look very much bigger than it actually is. Even when we aren’t winning at the game we don’t see that we are in a prison because we believe in the possibility of winning, the possibility of freedom. This is like a person who gets by in life by always believing that they are on the point of winning the lotto, even though the chances of this happening are entirely negligible and not to be counted on.

This analogy only goes so far however because there is zero chance of a finite game ever providing us with anything that is not that finite game – this is precisely why an FG is a prison – because it can only ever provide us with itself, and ‘itself’ isn’t anything. The game can at best only ever provide us with the possibility of winning or succeeding but ‘winning’ or ‘succeeding’ don’t exist outside of the game. Winning is a category within the game and that’s all it is. To play a finite game is to go over the same ground over and over again and that only reason we don’t get fed up doing this is because we firmly believe that there is a possibility of the game providing us with something different at the end of it all, something great, something wonderful. This glittering possibility – false as it is – hypnotizes us and as a result of this hypnosis we never get tired of enacting the same old routine time and time again. We never get tired of playing the FG, stifling though it is. We don’t know it but what we’re looking for with our continual striving is transcendence and the game is hypnotising us with its own patented version of ‘transcendence’. This then is the power of the finite game – to enable us to do just this, to enable us to keep on going over the same ground without being discouraged, to be prisoners without knowing that we are. This is a true marvel, even though course we are never in a position to reflect upon it – that we can live in a sterile repetitive world and yet continue to see possibilities in it.

This is a marvel for sure but it is not a marvel in a good way! What we’re talking about here is the power of an imaginary or unreal prison to effectively trap us despite the fact that it is unreal or imaginary. When we are in this ‘hopeful’ mode the finite game doesn’t seem restricted to us and so we carry on with our lives, repetitive though the moves within it might be without any visible ‘angst’. ‘Angst – what angst?’ we say. ‘Amn’t I doing just fine…’ This isn’t the only possibility however – the finite game can also turn around and us and depress us most severely with its manifest futility and make us suffer every step of the way as we go around the wheel. Instead of being hopeful (‘optimistic’) we are always looking on the negative side of things, always looking at how things won’t work out (rather than ‘looking on the bright side’, which is of course what is seen as being the healthy thing to do). When we are ‘being negative’ people around us will always be baffled as to why we should be so perversely and pointlessly self-sabotaging in our way of looking at the world. We’re almost seen as being deliberately awkward; if this modality sets in firmly enough, we definitely will be seen as suffering from a mental health condition.

This is rather funny however since being negative or disillusioned about the finite game is clearly no more of a mental health condition (or ‘illness’) than the modality of ‘playing a FG and being deludely positive in our outlook as we do so’ is ! We’re just like Miss Haversham in Great Expectations waiting for something to happen that just isn’t ever going to. Thinking that we are free to avail of (or expand into) a realm of wonderful possibilities when we aren’t free in this way (or indeed free in any other way, come to that) is surely the more pathological of the two modalities (if we’re going to look at things this way) for the reasons we have already given. Being deludedly optimistic about our situation means that we are going to carry on with it forever, just as if there were something genuinely ‘worthwhile’ about it when there just plain isn’t. When we get frustrated with our fellow human beings who can’t help seeing everything in a negative or pessimistic way this is purely because they are contradicting our precious illusion therefore. When the majority of us team up to say that the finite game which we are playing isn’t a finite or limited game at all but that it contains actual potential then what we are engaged in is simply denial, and this goes a long way to explaining our ‘prejudice’ towards those of us who are experiencing mental health difficulties. It goes a long way towards explaining why we are always treating such people so badly and are continuing to do so, even in the supposedly enlightened twenty-first century.

It is, we might say, healthier to be neurotic and aware – in some fashion or other – that we are than it is to be neurotic and not know it. Most of us, of course, would not consider that we are, in any significant way, ‘neurotic’ – the fact that we are successfully socially-adapted seems to be proof that we are now. We would deny such a suggestion. The reason for this however is that we don’t acknowledge that what we are doing in life is ‘playing a finite game’; to knowledge that would be admit to neuroticism because the whole point of a FG is that we never go beyond our petty boundaries – we never go ‘beyond ourselves’ and yet we continue to feel that we are ‘living life to the full’ and are not holding ourselves back in any significant way. This cannot be true however; however much we may like it to be it can’t be. It can’t be true because the only sort of life worthy of the name is the sort where we are continually going beyond ourselves; if life is to be life it has to be an actual movement, in other words – it can’t be ‘standing still’ or ‘treading water’! We can’t have it both ways, even though we very much would very much like to – we can’t be safe and secure (i.e. never move beyond the Realm of the Known) and yet be alive at the same time. We cannot deny our own true nature, which is dynamic rather than being fixed or static, and yet ‘be alive at the same time’. We cannot have ‘a life for the static or concrete identity’ because there is no life for that identity.

We wish that it were possible to do this but it isn’t and our wish fuels our illusions: we allow ourselves to drift into the comforting delusion that we are already doing whatever it is that life requires us to do and in this society is our greatest ally. Society acts as our ally in this matter by assuming the role of the ‘Unquestionable External Authority’ and telling us in no uncertain terms what we are required to do and what goalposts correspond to ‘genuinely meaningful attainments’ (as well as letting us know at the same time that the failure to achieve these markers is hugely unworthy and shameful) and in this way the Hero’s Journey is very effectively substituted by ‘the journey into social adaptation’ (or ‘doing what we’re supposed to be doing in the game that we don’t admit to be a game)’ and this is the trick in a nutshell. Not only are we told to do these things, and told that they are very important, if we do happen to stray from the allocated footpath in life then this errant behaviour of ours will be frowned upon and heavily discouraged by everyone we meet.

It is compulsory to think positively, in other words. It is compulsory that we play the finite game and be ‘optimistic’ about it. Being pessimistic or doubtful about what we’re doing is ‘letting the side down’ – it’s something to feel shame about. It is compulsory for us to believe that we’re getting somewhere when we’re not and so our own insight becomes the enemy in this case; our own insight becomes something to be ashamed of, something to be alienated from. Our own consciousness of our situation becomes something to fight against at every step of the way and when professionals help us to fight against it this is called ‘therapy’. To not fight against the consciousness that is making itself felt so strongly within us is to relate to the pain that we are in as being right in  some way – not ‘right’ in the sense that ‘we deserve to suffer because we’re bad or weak or faulty in some way’, but right in the sense that the pain is coming from our awareness of our situation and not from some supposed pathology. Collectively (because we are committed to playing the finite game, whether we know it or not) we cannot see this painful awareness – or any painful awareness – in a good light. We can’t see pain in a good light, and it is because we can’t see pain as being anything else other than ‘something to be gotten rid of’ (or dulled as much as possible) that we are locked into the path that we are locked into – which is the path of refusing to see that the world is a much bigger place than we took it to be, and that we have far more potential within us than we ever imagined there could be. The finite game is a very small thing indeed, and yet we are societally committed to saying that it isn’t; we are committed to making the implicit claim that absolutely everything we need can be found within it, even though the truth is that there is nothing to be found within it… 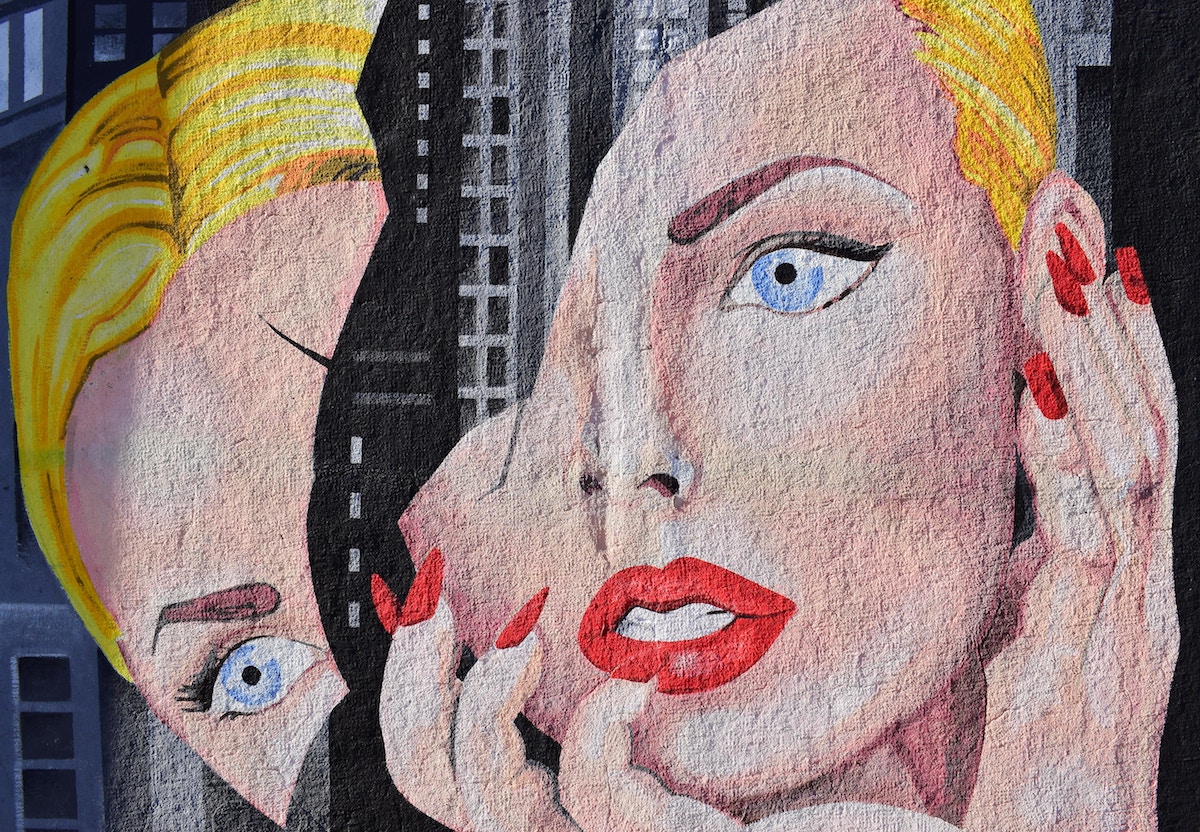 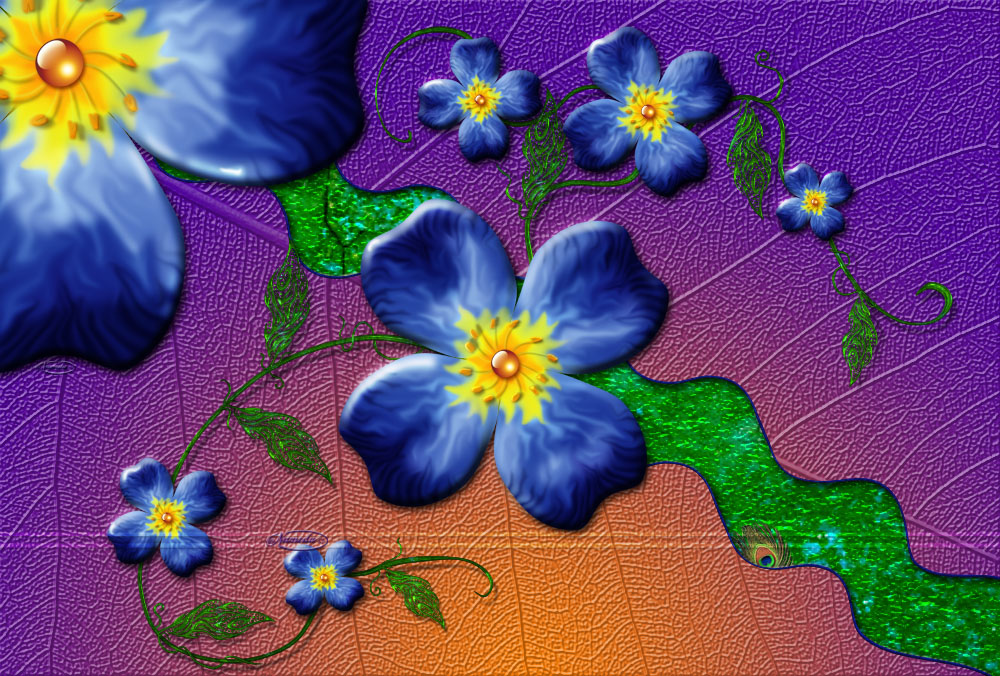 The Origin of ‘Mental Illness’ [Part 2]

The Origin of ‘Mental Illness’ [Part 1]