THE ‘UNIVERSE OF AUTHENTIC FAKES’

The everyday mind – the productions of which are generally all we ever know – can never touch reality. It exists in isolation from reality, in quarantine. Wherever it is, reality isn’t…

This being the case, we might be forgiven for wondering what exactly it does touch; we might be forgiven for making so bold as to wonder what exactly the everyday mind does get up to, in the absence of reality. The answer is of course that it touches itself – it creates for itself images of ‘what it thinks reality is’, and it touches these images instead. It creates representations of reality which it then proceeds to relate to as if these representations were reality itself. It conducts conversations with itself

We could therefore say that what the everyday mind does in the absence of reality is that it plays games. That is all it does, and that is all it can do. The essential game that it plays is the game of simulation – the everyday mind produces images or representations of what it thinks reality might be, and then it ignores the role that it has in creating these images, these representations, and acts as if they were an actual, independently-existing reality. This is the game of the everyday mind, which David Bohm calls ‘the System of Thought’.

So what the System of Thought is doing is that it is splitting itself into two parts:

[1] The mechanical part that ‘does the business’ (i.e. produces all the images, all the representations)

[2] The passive viewer of the images, the ‘passenger’ who views (in an uncritical way, of course) all these productions, and then simply ‘goes along for the ride’

This is a very odd situation altogether when we reflect on it because the passive viewer (the unwitting utilizer of the mechanism) is actually an image produced by the mechanism just as all the various other proliferating images that we look at, relate to, believe in, interact with etc, are productions of the mechanism. Our whole world is a production of the System of Thought – it’s all mind-created images, every last little bit of it.

There is no other way that this set-up could work – everything has to be ‘part of the system’ or else the system becomes fatally compromised. If I am to believe in the projections (or productions) of the mechanism as being an actual independently-existing reality, if I am to perceive them as such, then there can’t be anything there that isn’t a mental projection. If there was something there – some element or other – that wasn’t a mental projection then this would immediately create a fatal discontinuity in the system!

After all, what forger could afford to have his forgeries displayed side-by-side with the genuine article? How much easier would it be for him to create – if he could – a whole universe made up of forgeries? Who would ever spot the counterfeit article then? To paraphrase Jean Baudrillard, “When a sign replaces reality, then it becomes reality”.

This is exactly the tactic adopted by the System of Thought – it counterfeits everything, and so there is no chance of it ever being caught out. How can it be caught out for being a counterfeit if the original has been disposed of? What we have now therefore is ‘The Universe of Authentic Fakes’! What we have now is Philip K Dick territory, Jean Baudrillard territory – the territory of the simulation.

Everything is taken care of by the system therefore – there are no loop-holes, no loose ends, no untidy discrepancies or discontinuities. Obviously the viewer, the passenger, the unknowing utilizer of the mechanism has to have an image of themselves or else this omission would constitute a very serious discontinuity in the system and – as we have said – there can be no discontinuities in the System of Thought…

A discontinuity would give the whole game away – it would banjax the whole set-up. If we see the thing that we are not supposed to see, then we are no longer able to believe in the things that we are supposed to see. This is akin to ‘seeing the hand operating the puppet’. It is akin to Truman Burbank in the movie The Truman Show bursting into a room before he is due to enter it and seeing technicians adjusting recording equipment. It is akin to Dorothy in The Wizard of Oz looking behind the curtain to see the fraudulent wizard operating the levers that control the projection of ‘Oz the Great and Terrible’. It is akin to ‘taking the red pill’ that Morpheus offers to Neo in The Matrix.

There is no way we can see something like this without it putting a totally different complexion on everything that – up to this point – we had thought we knew. This type of information can’t be integrated into the picture we have of the world without blowing the whole show sky-high. After such a disclosure, we can’t ever ‘put it back in the box’ again. We have ‘taken the red pill’ and as a result have ‘gained full access to the operating system’ – thus, as a result of what we can now see, we are no longer subject to the illusions this system creates. We have insight into the mechanism.

The question we are left with after gaining insight into all this business is this – given the fact that ‘what we think is going on’ isn’t really going on at all, what is it that’s really going on?

And given that ‘who we think we are’ in the mind-created simulation of reality isn’t who we are at all, this raises the question – who are we really, outside of this simulation?

There Is No Arguing With A Machine 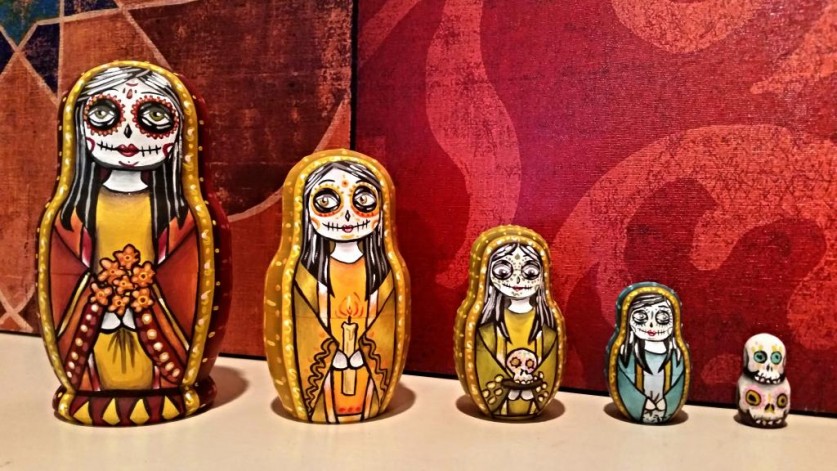 Controlling Creates The False Self