Our basic delusion, we might say, is that we see ‘the good thing’ as existing outside of us, and as being – as a result – something that we need to deliberately acquire. This requires both a theory (or map) of the world and the purposeful activity that comes out of that theory. The ‘acquiring of the good thing’ (whatever that might be) may be said to constitute our main business in life therefore. It is our chief concern, and very often it is our only concern! This is ‘what it’s all about’ – acquiring the good thing is how we validate our existence and validating our existence is very important to us…

Because we are ‘acting upon a delusion’ there are going to be unforeseen and unwanted consequences – this is of course always going to be the case when we’re acting on the basis of a delusion. The delusion wouldn’t be a delusion if the consequences weren’t unforeseen and unwanted! The consequences here are that we get caught up in a never-ending oscillation, a never-ending reverberation or vibration of YES and NO. We can’t see this however – we are utterly blind to it – and this is why we keep on going back and forth in the vibration that we have unwittingly brought about whilst imagining the whole time that we are getting somewhere. We don’t see our conditioned existence as ‘a never-ending vibration’, we simply see it as ‘the world’ or ‘the way things are’.

The ‘vibration’ of which we speak can (very obviously) only come to an end when we are successful in our mission and have permanently obtained the prize that we are constantly trying to attain, which is the acquiring of a PLUS without a MINUS, the obtaining of a YES without a NO. That’s the whole point of all our purposeful activity – the point of finite play is to bring itself to an end, as James Carse says. The motivation that keeps us playing the finite game is the desire to end the finite game but because it is ‘the playing of the finite game’ that keeps the finite game going (obviously enough!) we are never going to obtain the outcome that all our efforts are directed towards. We could equally well of course say that our motivation in the game is the motivation to acquire the good thing (which is fairly self-explanatory) but because ‘the good thing’ always exists with ‘the bad thing’ in tow it’s a vibration we’re looking at and not a straightforward linear progression towards a goal.

When we think that ‘the good thing’ is outside of us then this means that we also think that there isn’t anything worthwhile inside of us and we don’t just ‘think’ this we sense it, we sense it to be true on some deep, unconscious level and this deep-down sense of lack or deficit inside of us is what drives our ceaseless purposeful activity, our ceaseless chasing after one opposite at the expense of the other. We’re hungry, we’re needy, we’re deficiency-driven, but we’re looking in the wrong place. We’re looking in the wrong place because the ‘outside of us’ is an unreal realm – this is the realm of our thoughts, the realm of our categories, the realm which is made up of the names and labels which we have invented out of our infernal cleverness.

Nothing exists in this Thought Word, nothing but ‘hopes that will never be realised’ and ‘fears that are totally unwarranted but which will nevertheless hound us to the end of our days’. Nothing exists in this world and yet we have made our home here. The real world is ‘inside us’ (we could say) but we have firmly shut the door to that world; we have told ourselves over and over again that only the world which we have named is real and that there is nothing else, and as a result of this we are now powerless to see through our own outrageously unfounded assertions. We have given these unsupported assertions – which are the literal statements of the thinking mind – unlimited and uncontested dominion over us and so nothing else remains to us but to suffer the consequences of this act.

Thought creates the empty Vibration World and this is the only thing it can create. As everyone knows, a vibration is made up of two halves – the first half of the particular type of vibration that we’re talking about here (which is a mental vibration) is – we might say – the movement in the direction of ‘obtaining what never can be obtained’ and because we believe that the mental or virtual construct which is ‘the goal’ is going to be obtained we invest emotion in it and experience pleasure. The second half of the vibration can either be seen as ‘the pain-producing movement away from the illusory goal’ or ‘the pain-producing movement towards an equally illusory ‘anti-goal’ (which is ‘the outcome which we dread’). Because we believe that the movement in question really is going to where we think it is going the first phase of the vibration causes us to experience elation and excitement whilst the second phase brings about anguish and despair. Half of the vibration world is made up of hope, the other half dread, therefore. Hope and dread are ‘twins that cannot ever be separated’ but the vibration taken as a whole is however perfectly null, just as all vibrations are.

When thought engenders hope in us, we hope for what we can never have, we hope for what no one can never have; when it is dread that has a grip on us, we similarly fear ‘that which can never come to pass’ and this is why we say that the Vibration World is an empty one, a hollow one. Nothing in the Mind-Created Vibration World is ever true – everything comes as just ‘half of a duo’, a half of a pair of self-cancelling statements. When we try to express this situation by saying  – as we have done – that our fundamental delusion is that ‘the good thing’ (whatever that might be) exists outside of us and that it needs on this account to be obtained via our active and purposeful intervention what we need to add to this statement therefore is that this ‘good thing’ doesn’t exist on its own, but always as half of a pair and that the other half of the pair is – of course – ‘the bad thing’. Putting it like this articulates the nature of the delusion under which we suffer daily in a clearer way. We can then make the observation that the reference point (which is ourselves, which is our assumed ‘basis’ in the world) can never ever have insight into the nature of this primary delusion. It can never ever have any awareness of the nature of the peculiar predicament which we have just outlined because of what J.G. Bennett calls ‘opposite blindness’, which is to say, the way in which the Reactional Self can only ever be aware of one of these two opposites at any one time.

What Bennett calls ‘the Reactional Self’ can’t be aware that the good thing it hopes to obtain exists as half of a duo any more than it can be aware that the bad thing which we are correspondingly desperate to avoid is also ‘only half of a self-cancelling pair’ (i.e. ‘the good thing’ plus ‘the bad thing’). If it was aware of the fact that <YES equals NO> then it would no longer be able to react and it is the self’s reacting to one or the other isolated opposite (to either POSITIVE or NEGATIVE) that allows it to continue existing in the provisional way that it does exists. The Reactional Self needs to react in order to be the Reactional Self, obviously enough. We can say therefore that it is the nature of the RS which is our pragmatic reference point in the world to be unable to see that <Y = N> and we can also say that if we were suddenly to have this insight then we would no longer be identifying with this reference point.

We can further say that the ‘reference point’ of which we speak doesn’t exist in the real world any more than any of the definite statements that are made in relation to it do. What we are calling the Thought Realm is entirely made up of definite or literal statements that have been made on the basis of an assumed reference point; this assumed reference point isn’t real (which is why we have to assume it) and so neither are the statements that we make by reference to it. Notwithstanding this key point, the statements that make up the Thought World might be said to play hardball with regard to what we are allowed to take seriously and what we not, and we don’t have any choice but to go along with the definition statements that come into existence as a result of that assumed reference point being assumed. The reference point controls everything about us therefore – it ‘calls the shots’ and we’re not free to see the world in any other way than in its (unreal) terms. As a result, we end up living in a totally rigid world, an utterly inflexible world, a world that gives us no leeway whatsoever. This is the ‘Virtual Compulsive Environment’ – it is PKD’s ‘Black Iron Prison’, the black and white world that is made up of unyielding unquestionable rules. And yet this super heavy-duty state of imprisonment springs out of something as ephemeral as ‘an assumption that we have freely made’.

What keeps this us prisoner in the BIP, day after day without ever a break, is therefore our own adherence to this assumption of ours. We make it and then we adhere to it; we adhere to it more tightly than a limpet adheres to its rock. We adhere to it as if our life depends on it – as far as we’re concerned, letting go of this assumption would be the worst idea in the whole world! We’re clinging to this assumed viewpoint for all we’re worth and because we are clinging to it we are also clinging to the prison world that it creates, the prison world that it necessarily exists within (i.e. the prison world that is the logical extension of it). We could say that the fundamental delusion is us believing that the good thing (along with the bad thing, which we see as not being the same thing as the bad thing) exist outside of us (in the projected world that the assumed viewpoint throws up just as soon as we identify with it) but we could equally well say that the fundamental delusion is where we believe that we are this viewpoint. Both the AV and its projections exist only in the Vibration World, which the world of oscillating opposites, and this is the world that is made up of the satisfaction or comfort of the conditioned self on the one hand, and its discomfort/dissatisfaction on the other. 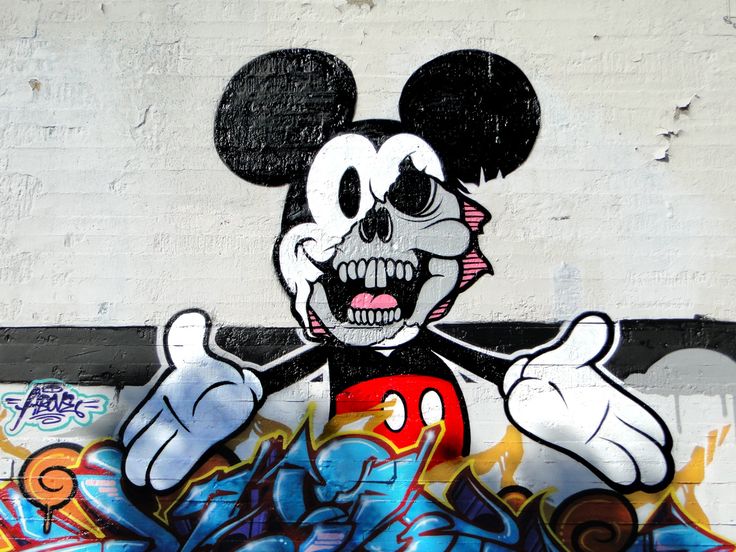 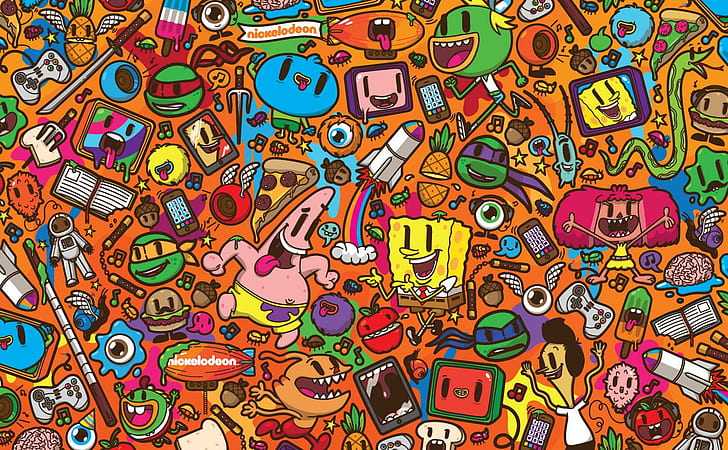