‘Closed’ is not the opposite of ‘Open’, it is the lower (or degenerate) analogue. It pretends to do, in the realm of illusion, what ‘Open’ does in reality, i.e. actually allow free movement.

In the Closed realm there is nothing going on, although this deficiency is not admitted to, and this non-admission effectively blocks the reality of the Open realm, since because we do not know what we are missing, we mistake false, trivial, or ‘managed’ change for the real thing…

We can also look at this in terms of set theory and say that a defined or particular set is the lower analogue of the Universal Set. A defined set is particular rather than universal because it has been specified by a criterion (or rule) such that any elements not specified are dismissed and excluded. Not only are they dismissed and excluded, they are dismissed and excluded without any mention being made of the fact that they have been dismissed and excluded. They are rejected ‘out of hand’. Or to express this in less mathematical language, the front gate is slammed shut and padlocked with no regard as to what visitors it is that are being locked out, and what they might want. We refuse to hear any other (competing) messages, so that our message may seem to be all the more ‘right’ or ‘correct’ as a result.

The Universal Set is however not produced by mentioning everything, or defining everything. U is not a catalogue or a registry because a catalogue or a registry is a closed system, which is to say, no matter how large or extensive the system is stuff is only in it if it has been specifically mentioned as being in it. The corollary of this being that if something is not specifically mentioned then it isn’t in it. A closed system is thus just like some kind of an exclusive party, i.e. if you’re not on the guest list then you simply don’t get in.

The Universal Set is not a catalogue, it is not a definitive list (or what we might call ‘the complete story’), it is an open-ended situation and the reason it is an open-ended situation is precisely because nothing has been finalized, nothing has been written down in stone. Or we could say that the reason the Universal Set is open is because nothing is excluded. The only ‘rule’ in the Universal Set is therefore that ‘nothing is excluded’ (or that ‘everything is allowed’) only this isn’t actually a rule at all because it doesn’t have a specified outcome.

The Universal Set is then not produced by defining or mentioning everything – it is not created by the tactic of ‘defining everything’ because it is utterly and completely impossible to define everything. The reason it is impossible to define everything is because in order to define we have to have a boundary between what we are defining and what we are not ‘defining’. We register what lies on one side of the boundary, and we don’t register what lies on the other side – this is how the processes of defining works and so, because this is the way that it works, we can only ever define ‘the fragment’, not ‘the Whole’.

Defining is the same thing as ‘drawing a line’ therefore but the thing about drawing a line is that if we take as much interest in the stuff that is on the outside of the line as we do in the stuff on the inside, then we find that we no longer have a line at all…

It is the splitting of our attention (i.e. the creation of a region or area about which we do not know, and do not know that we do not know) that allows us to define or describe (and hence to know) the world. To put this more succinctly, it is entropy (ignorance the existence of which we are ignorant) that allows the rational mind to function.

A statement like this of course puts a totally different complexion on the way in which we understand ‘our understanding of the world’! Our ‘picture’ or ‘image’ of the world is based wholly on the operation of our rational-conceptual mind, and this mind functions (can only function) by creating a blind-spot in our mental vision, a blind-spot that squeezes or corrals our attention in a very narrow region without us realizing that any such constriction has taken place. Mental entropy shrinks our world without us realizing that it has been shrunk, in other words.

We are generally very staunch in our defence of this mind-created world – we uphold it with all our strength and have no time at all for any realities which do not accord with it. We live – in other words – (with the exception of poets, mystics and simpletons) in a world that is wholly and exclusively made up of positive descriptions, our definitive mind-created evaluations.

For what it’s worth (and it’s not worth much!), the system is agreeing with itself. The system is agreeing with itself, and it is furthermore infinitely predictable that it will do so… That’s a forgone conclusion, that’s how logical systems get to be logical systems in the first place – by agreeing with themselves! Self-agreement means that I am arbitrarily deciding that things should be ‘such-and-such a way’, and when they are that way (as a result of successful control or manipulation) then I am pleased, I experience satisfaction, I feel that it is correct that they are that way and I derive a warm feeling of pleasure from this ‘correctness’. Self-agreement means that it’s all a loop, a ‘loop of logic’ – self-agreement is the Uroboros, ‘the snake that swallows its own tail’…

Notwithstanding its shaky basis, the defining and categorizing mind is our bastion, our bulwark, our fortress, our castle, our citadel, and we have absolute allegiance to it. We salute the flag every time we say something rational, every time we think something in accordance with our everyday rational mind. We are very proud of this rational mind and the imposing edifice of positive knowledge that it has constructed for us; our pride leans towards arrogance, in fact, so sure of ourselves we are. But this pride, this arrogance, is really just the flip-side of our fear because the only reason we need a bastion, a bulwark, a fortress, a castle, etc, in the first place is because we are afraid.

What we are holding onto so tightly are the lines that we have drawn in the shifting sands of ‘infinite relativity’, the shifting sands of ‘things only being what they are because I say that this is what they are’. And these lines have been created – as we have already said – by stubbornly ignoring everything that exists on the outside of the line. What we are holding onto so tightly is, in other words, nothing more than the product of our own rigid and obstinate ignorance.

The positive knowledge that we are so proud of, and which we rely on so totally, is therefore no more than our own ignorance made tangible. This has to be the case – after all, if the world that we know and are so familiar with and believe in so implicitly is only there because of entropy (i.e. because of the presence of a huge blind-spot in our mental vision) then that world, because it is a function of the blind-spot, cannot be anything else than the blind-spot itself, in disguised form. This is like saying that out of ignorance can only come more ignorance! Certainly, the one thing that can never occur as a result of the stubborn or wilful application of ignorance is anything even vaguely resembling the truth.

The assertion that the world which is made up of our ‘positive knowledge’ (i.e. certainty, in all its various manifestations) is our own mental blind-spot reflected back at us in unrecognizable form is much more straightforward and easy to argue than might initially appear to be the case. We ‘know’ the world from the boundaries or demarcations that we have super-imposed upon it. These boundaries or demarcations are – as it were – ‘pencilled-in’ outlines, outlines that we have mentally drawn around all the separate things that make up the ‘positive world’. When we see the world therefore, what we see (or ‘pick out’) are these outlines. We don’t see the stuff that is being outlined, the stuff that is being bounded, the stuff that is being demarked – we just see the outlines, we just see the boundaries, we just  see the demarcations.

The ‘stuff of reality’ itself, the stuff that the everyday discriminative mind is differentiating (or fragmenting), is of no interest or concern to us at all. It doesn’t – after all – have any relationship to our mental categories. It doesn’t have any relevance to our rational-conceptual minds. And if this stuff has no relationship to our categories, no relevance to our rational minds, then why would it interest us? Why would we concern ourselves with it?  What is of interest to us, what does concern us, is the meaning that we ourselves have imposed (or projected) upon it.

A metaphorical way to explain this ‘projection’ business is to say that the rules or criteria that we have got lodged somewhere in the back of our heads (so to speak) cast shadows upon the world, and then we proceed to treat these shadows (the shadows of our own mental programming) as if they were ‘something positive in themselves’, rather than just being the absence of light. This is – needless to say – very similar to the metaphor famously used by Plato in his ‘allegory of the cave’.

What we’re talking about here is of course an inversion of values – the light is ‘full of everything’, whereas the rule is (we might say) ‘full only of itself’, and so is quintessentially hollow. The rule (and the boundary which is its topological expression) is an absolute limitation: it allows ‘only the one thing’ which is the possibility that it itself has specified, and which is actually nothing other than itself.

What results from this act of denial (or closure) – which is the same thing as the act of ‘self-agreement’ where everything apart from the self is excluded – is a sort of ‘virtual possibility’, a possibility that is possible ‘in name only’, the surface-level appearance of possibility without any actual reality underneath. What we end up with, in other words, is a system which seems real and viable only from its own entirely arbitrary standpoint.

The original, that which is being falsely analogized (or ‘copied’), is not a nominal possibility because it cannot be named, but it is none the less real for its lack of nominal status. Neither does it have an appearance, nor an outside. In ‘not having an outside’ it is like the famous (and often repeated) statement about God attributed to Hermes Trismegistus, the ‘thrice-great Hermes’ in Liber XXIV philosophorum (Book of the 24 Philosophers) –

God is an infinite sphere, the centre of which is everywhere, the circumference nowhere.

The lower analogue of the divine infinite sphere is on the other hand the conventional (or finite) sphere  or circle whose centre is ‘here but not there’ and whose circumference is actually no more than an extension (or projection) of its defined centre. For the finite sphere, the circumference is not therefore really separate from the centre at all – the separation, the distance between centre and circumference, the radius, is an illusion, a mere phantom linearity, a tautological extension of ‘the one rule’…

We could also say that the ‘Original Situation’ (that which is being falsely mimicked) is Eternity, and that the false copy or lower analogue is linear time.

Or we could simply say that the ‘false copy’ or ‘lower analogue’ is the finite self, the defined or ‘positive’ self, which is the only self we know… 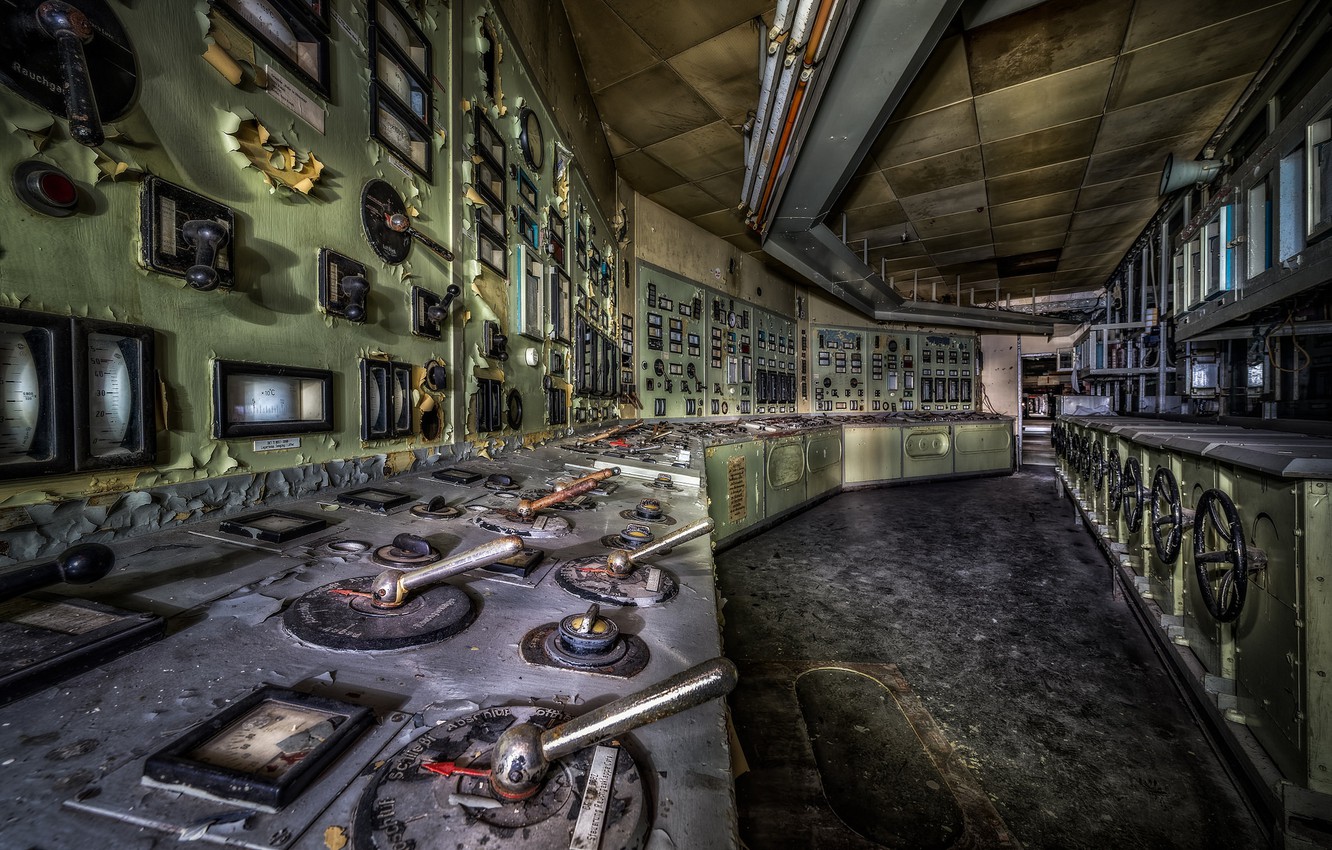