The End Of The Known 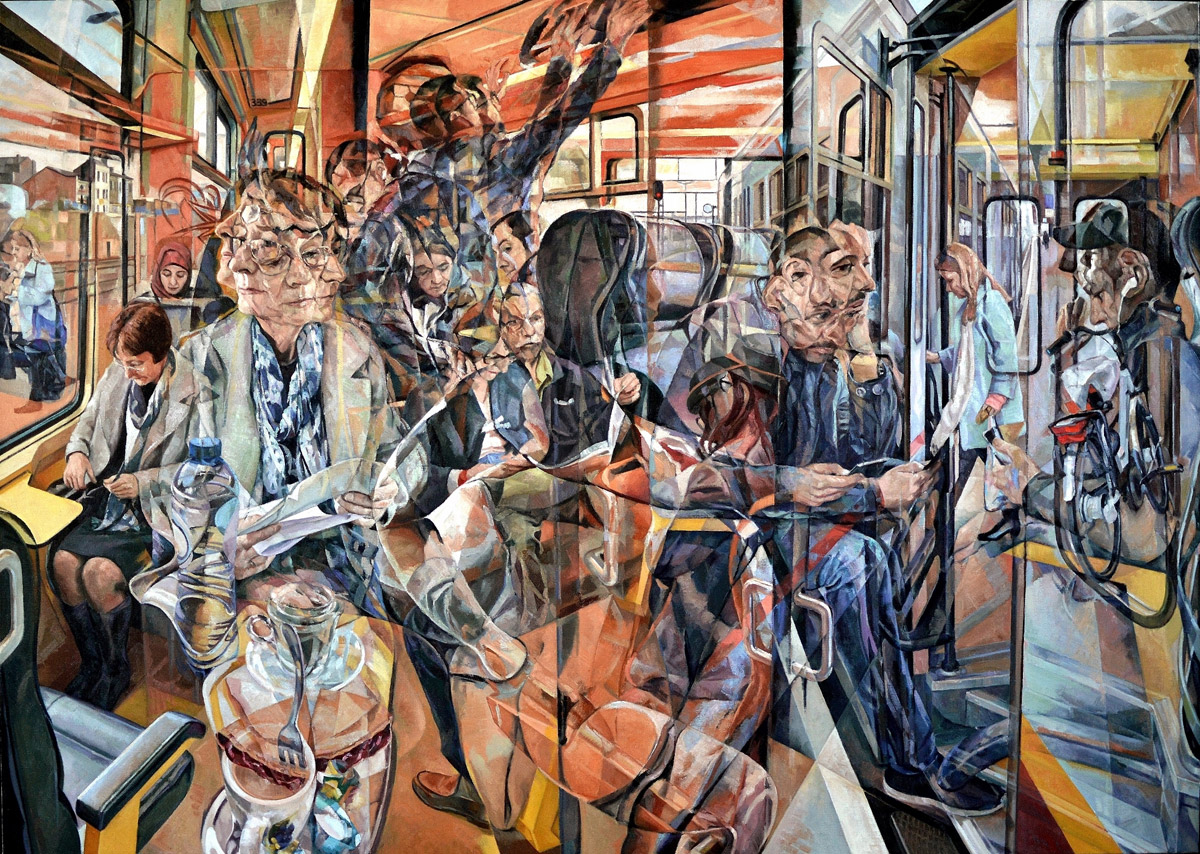 There is a very strange kind of thing that we do without knowing that we are doing it, and we do it all the time! What we are essentially doing is ‘keeping everything the same when it isn’t the same’. Or to put this in another way, what we’re doing the whole time is that we are ‘making everything seem familiar when it isn’t familiar’! This then is the ‘fundamental deception’ – to ‘make things seem as if they’re staying the same when they never do stay the same’, to ‘make the world seem familiar when familiar is the one thing that it will never be’.

The world – we might say – is divided into two types of people: those people who have a feeling that there is some kind of all pervasive conspiracy going on, and those who think that there isn’t, and that there must be some must be something wrong with people who do think this! There are certainly all sorts of divisions that may be said to exist between people, but this could possibly be counted as the most significant one. On the one hand there are those who say that things are, by and large, ‘exactly what they seem to be’, and that we would be foolish to think otherwise, whilst on the other hand we have those who distrust appearances, and who very much suspect that things aren’t what they seem to be (or what they’re said to be). We have the ‘concrete’ thinkers on one side, in other words; and the ‘paranoid’ thinkers on the other!

Coming back to our original point, we can therefore say that the conspiracy in question is the conspiracy to make everything seem as it is if things are what we all say they are when they aren’t. Things (we might point out) are never what we say they are anyway so any official description has got to be phoney – that’s the one thing we’ll always know for sure! The conspiracy is ‘socially-defined equilibrium state’ that passes itself off as the whole of reality therefore. We, as conspiracy theories, would usually imagine some plot by power-crazed psychopathic elitists or desperately unfriendly aliens perhaps, but what we’re talking about here is something rather different – in this version the conspiracy is that the past is being recycled and sold back to us as the present! And not only this, but the past that’s being recycled and sold back to us as if it were something brand-new, as if it something coming straight off the printing press (like a brand-new chick that’s only just hatched out of the egg) isn’t actually the real ‘past’ at all, but rather it is a ‘phoney past’, i.e. it’s a past that never actually happened at all. If this present moment that we’re experiencing right now isn’t authentic, then this obviously means that the ‘present of the past’ that’s being copied isn’t authentic either! It’s all just the ‘continuum of thought’…


Straightaway, therefore, we are deep into Conspiracy Land – something is going on behind our backs, reality itself is being tampered with, and yet we’re all too ‘block-headed’ to admit it! The only thing about this conspiracy theory (the only thing that distinguishes it from all the other others) is that it is more demonstrably true than most of the others – anyone can see that it is true, if only they were interested enough to look into the matter that is (and this of course is the sticking point since for the most part we’re definitely not in the market for finding out anything like this! When we go down the road of being ‘concrete thinkers’ then this is purely and simply for the sake of not finding out what we don’t want to find out about. There is no other possible reason that we go down this concrete-thinking road – there are no actual benefits to concrete thinking other than this, after all. There are no benefits other than ‘keeping things safe’. The difficulty lies not seeing the truth of the situation therefore, but being interested in seeing it.

What we do see when we look into the present moment is of course that there is no such thing as it!’ There’s no such thing if by ‘thing’ we mean some kind of ‘fixed concrete reality’, something that we can actually grab hold! ‘The bad news is you’re falling through the air, nothing to hang on to, no parachute,’ says Chogyam Trungpa, ‘The good news is, there’s no ground.’ The present moment is just like this – it’s a yawning abyss, the only thing being that we don’t want to see it. Who wants to see themselves falling into a yawning abyss? Falling into an abyss isn’t a very safe thing, after all; it’s actually the most unsafe thing there is! We all know this very well on the intellectual level of course (we know that there’s nothing static about the present moment, obviously) but we just don’t have an actual perception. There’s a very good reason for this separation of ‘intellectual understanding’ and direct experience’ and that is that we seeing everything through the filter of the thinking mind, and the thinking mind can’t perceive flow. It can perceive linear movement – movement that occurs between known and another – but not ungrounded flux, which is movement that occurs without a fixed context or framework to measure it against. How could it perceive ungrounded flux when there is no yardstick to measure it against and thought is nothing but a continual action of comparing life to our yardsticks?

Clearly, the movement that is the present moment isn’t the movement from one known to another – the future isn’t known, obviously, and the past isn’t known either – even though we very much assume that it is! What we call ‘the past’ is just our static mental picture of what we wrongly understood to be ‘the present’ when it was happening, but which was really only ‘a carry-over’ of our previous ideas, our previous thought-moderated impressions of reality. We are living in a Mind-Created Continuity in other words, and the present moment isn’t a continuity; saying that the present moment ‘isn’t a continuity’ is – of course – the same as saying that it isn’t a ‘fixed thing’; the logical continuity is like a train track that we can roll smoothly down, it’s like a well sign-posted highway that it can drive safely along without ever having to get out of our car. The discontinuity however is like stepping off a cliff – the road we’re on ends abruptly and there’s nothing after it but empty space and the sensation of great height. The discontinuity equals radical change after all, and what else would we imagine ‘radical change’ to look like? It’s certainly not going to look ‘safe’, or ‘reliable’…

The present moment IS a cliff edge – it is – in one way – the scariest cliff edge there is! It’s ‘the end of the known’ and all we know is ‘the known’. It’s the end of the known and yet we didn’t even know that ‘the known’ had an end! We assumed that the known was all that there is or ever could be and so we didn’t even bother calling it ‘the known’ – we just thought of it as being the whole world, or rather we didn’t even bother thinking about it at all. Given that we didn’t have the slightest concept that the known was only ‘the known’ and that it could ‘come to an end’, the awareness of this unprecedented and unsuspected ‘cliff edge’ is something that is going to be extraordinarily hard for us to come to terms with. How can we come to terms with it? We don’t even have a concept for it and it invalidates all our concepts. Unless we happen to be genuinely wholeheartedly interested in discovering first-hand the possibility of ‘radical surprise’ (or ‘the radical unknown’) right at the centre of our lives then there will be a barrier of insurmountable fear between us and any awareness of the discontinuity, and this is why we never see that the present moment is ‘a cliff edge’.

We don’t see the discontinuity in the present moment because we’re living in the Mind-Created Continuity (the ‘continuum of thought’) and no discontinuity exists in the continuum of thought. That’s the whole point of the continuum – that there is no discontinuity in it, not even the merest whisper of a murmur of a hint of a discontinuity. In our day-to-day lives there is no hint of the discontinuity, no indication of the ‘gap’ that exists yawning at the very heart of things – if we did have an awareness of the abyss that we are suspended over (and that we are continuously ‘skating over’ in our everyday lives with our trivial purposeful behaviour) then that would change our outlook on things rather drastically, obviously. We don’t have the awareness though and that’s the whole point! It’s very easy to verify this assertion – all we would have to do is make the practical experiment of ‘observing our own daily experience’, so to speak. When we observe our own daily experience what we will probably (although not necessarily always) see is that there is no noticeable break between past and future – we slide back and forth from one to the other, on what is pretty much a ‘seamless surface’.

The reason for our perception of past, present and future as ‘a continuum’ (which it isn’t) is – as we all have already said – that we are looking at things from the vantage point of the thinking mind and that’s how the thinking mind sees things. It sees things as an unbroken continuum of events (or possibilities). We absolutely don’t understand the present moment to be radically different from the past and the future, which it clearly is since both past and future are mere ‘mental constructs’. What bigger difference could there be than the difference between a mere ‘mental construct’ and the living, flowing reality or the present moment? There is an insurmountable difference, an incalculable difference, an unimaginable difference. There simply couldn’t be a bigger difference than the difference that exists between our ideas and what we are having ideas about, between our second-hand, shop-worn descriptions and what it is that we are attempting to describe, and this difference is what we’re calling the discontinuity.

The conspiracy that we started out talking about is therefore the conspiracy to make us believe that there isn’t any such thing as ‘the discontinuity’. It’s the ‘Great Cover-Up’ that we’re talking about here – it’s the Great Grandfather of all Cover-Ups. And yet what’s being covered up is the only thing there is, what’s being covered up is reality itself…. 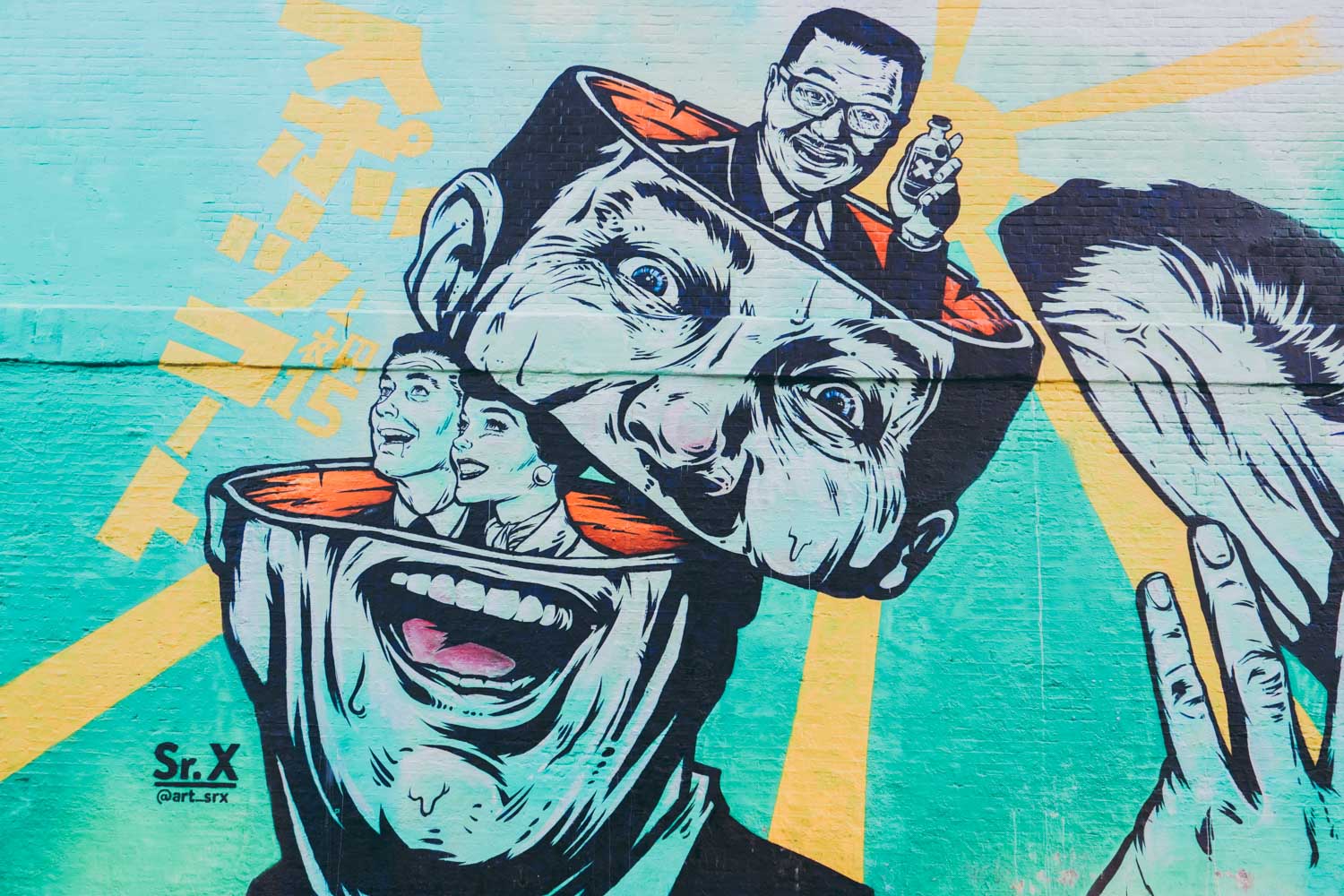 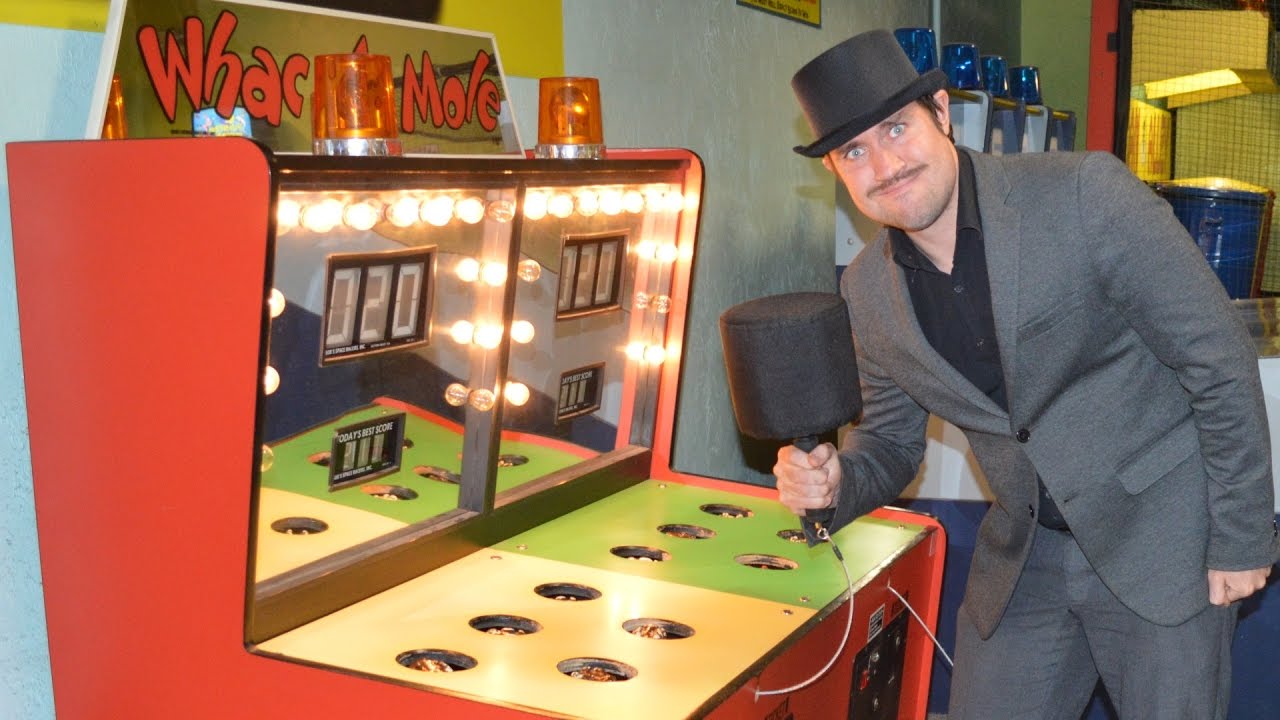 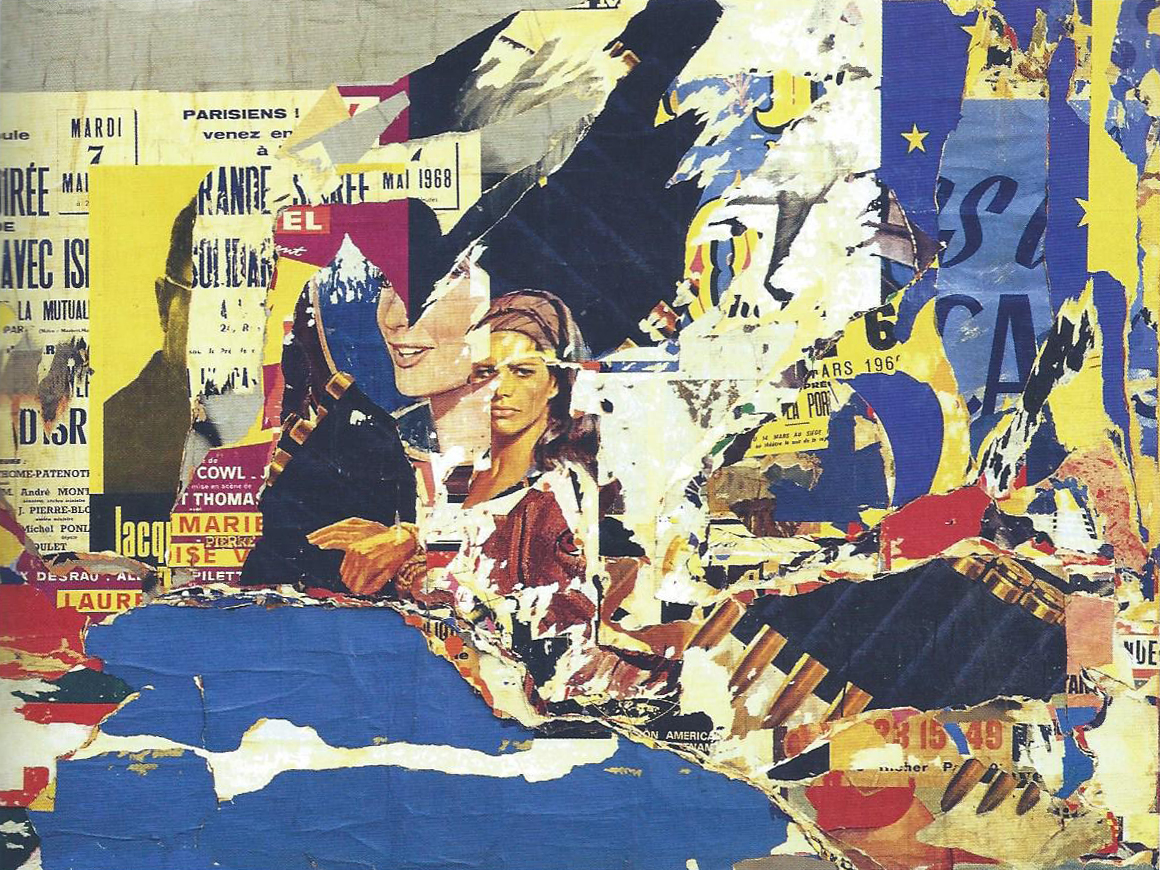 Living In The Continuum 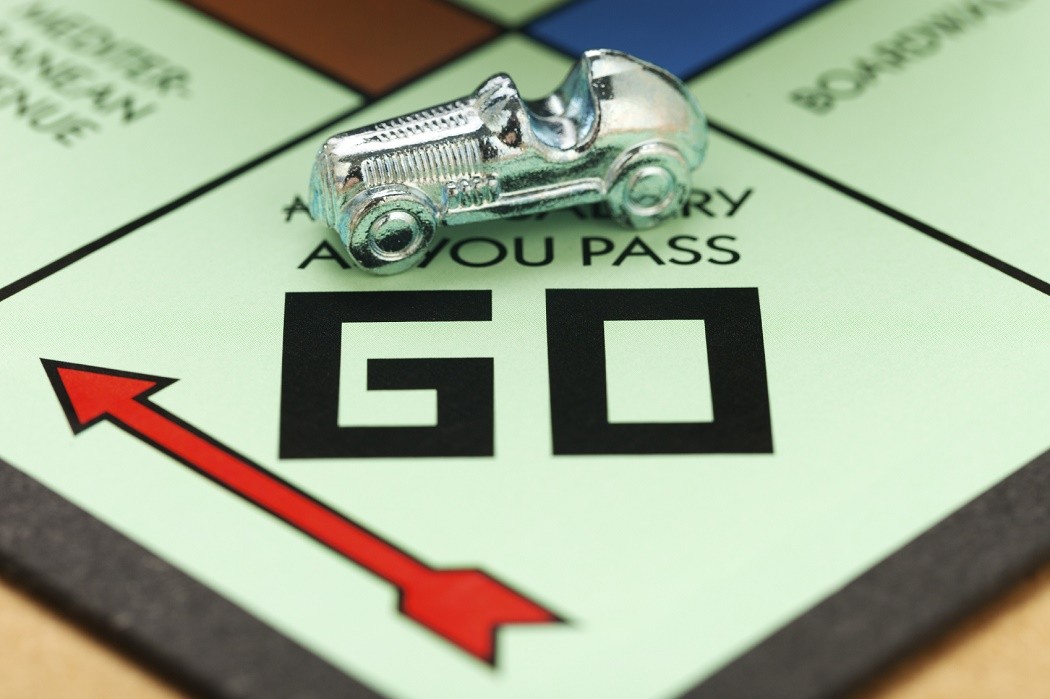 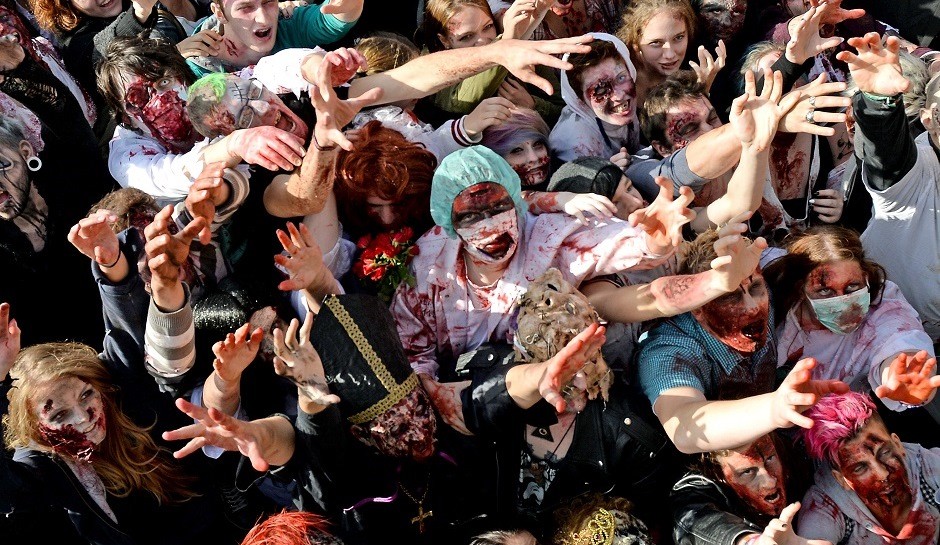 When We Obey the Rules…