The ego can only ever operate under the shadow of fear. It has to operate under the shadow of fear – this is always, always. always the case. If the ego is behaving in a way that is assertive and confident then this is because it is ‘kicking against’ the state of fear which is it is in. Its arrogance and brashness is its compensation for fear; if it is timid, anxious and avoidant then this is because there is no more compensation going on – the false courage (the act of courage, the pretence of courage) has been knocked out of us and so we can’t camouflage our basic state anymore.

It’s either the one way or the other, there is either arrogance or timidity, nothing in-between. There is nothing in-between because if we were to experience neither confidence or the reverse of confidence then this would mean that there is no longer any ego. The ego or self is like a coin – it can either be heads or tails, heads being where it is in denial of fear and tails being where it is no longer able to successfully deny that reality. Either I am aggressive in my attitude or I am fearful and the aggression – as we have said – is simply fear turned inside out. The ego only has these two modes of behaving therefore, and both modes equal fear.

Fear means one thing and one thing only – it means that we shut down, it means that we go into a state of permanent hiding. We go into a permanent state of hiding and we hide from the fact that we are doing so. We no longer see things straight from this point – we invert our value system so that running away from the truth becomes the responsible thing to do, the correct thing to do, the logical thing to do. Fear turns reality itself on its head – reality is nothing other than freedom and so what we do is to turn freedom on its head in such a way that everything becomes about ‘sticking to the programme’, so that everything becomes about ‘doing what the rules tell us to do’. If we obey faithfully enough then we will be saved, we believe, if we obey enthusiastically enough then everything will somehow be made right. This is what we implicitly believe when we’re afraid, when we have been swallowed up by fear.

Obeying the Law of Fear means that everything gets inverted so that instead of running away it seems to us that we’re ‘moving in a positive direction’; we feel that we are ‘acting autonomously’ rather than being externally determined. We perceive ourselves to be free agents when the truth is that fear is controlling us. Allowing ourselves to be determined by fear means ‘giving away our freedom’ and giving away our freedom equals ‘handing over all personal responsibility’. When we hand over all responsibility (which is to say, when we hand over our autonomy) the result is the conditioned life, which is the life which is all about following the path that has been laid out for us to follow and nothing at all about being who we really are.

Following rules takes us away from what we really are because ‘what we really are’ is autonomous. We can’t allow rules to determine our reality without turning our back on our true nature, therefore. To come back to our actual inalienable nature is an act of rebellion, not an act of conformity! Waking up is the ultimate revolution, as Krishnamurti says. It is the most thoroughgoing act of rebellion there is, and it is also the most unsafe thing there is because we really don’t have a clue as to what will follow on from this rebellion. Were we to rebel then we would no longer be safe, and that’s not something we’re particularly keen on…

When we live the conditioned life then we always know who we are, which is reassuring for us, but all the same ‘who we know ourselves to be’ is the furthest possible thing from who we really are. Our sense of ontological reassurance comes from subscribing to the false identity in other words. Our sense of ontological security comes from believing ourselves to be who or what we’re not, but so too does our greatest pain, our greatest misery, since to adopt a false identity that we cannot see through, that we can’t help obeying in all things, is the ultimate betrayal of everything that really matters to us. It is to turn our back on anything that can ever help us, and immerse ourselves in futile, time-wasting nonsense instead. We flee from the profound and take refuge in the trivial instead. We studiously ignore all that is meaningful to us and immerse ourselves instead in the suffocating bureaucracy of the thought-created world, the thought-created world which is our refuge from fear.

When fear is our master then freedom gets demonised – we fight against it without knowing what we are fighting against. Freedom to us is now a very great danger; it is a very great danger because it allows too much. Freedom is too generous, too big-hearted, too expansive for us; it offers too many possibilities and ‘too many possibilities’ happens to be the very thing that we’re so afraid of. We are fleeing from openness because openness doesn’t allow us any corners to hide in; by denying openness in the way that fear causes us to do we create a ‘corner’ for ourselves and that corner is the deterministic realm that comes into existence when we take the false or conditioned identity as being who we truly are. This false identity (which is forever trapped in a world made out to rules) is our hiding place, it is where we seek refuge from the vastness that we do not ever want to face.

If all things are unconditionally allowed then there can be no specific things – specific things can only have their existence when all the competing possibilities for that thing have been denied or repressed. Specific (or particular) things have to stand out in relief in order for them to possess the strictly provisional type of existence which is the only form of existence they can have (it is ‘provisional’ because they only seem to be there because of the way in which all other competing possibilities have been inhibited). Revoke the inhibition of the unwanted possibilities and the object in question will be no more, and the truth of the matter is of course that it never was anyway.

In reality there are no things, as Bodhidharma has said; there is only the appearances of things, there is only the illusion of things. When we identify with the particular bundle of traits and reflexes which we call ‘the ego’ then the relativity of our position is invisible to us; it is invisible to us because our outlook is now limited. The only reality we can perceive now is the reality which supports the provisional position that we have taken (or as we could also say, the only reality we can perceive is the reality which is the projection of our provisional viewpoint). If the truth is that there isn’t really any such thing as ‘the ego-construct’, as this ‘concrete and supposedly autonomous self’, then the truth must be our enemy. It’s our enemy because the continued existence of the ego depends upon this awareness being completely repressed. The need to repress or deny the truth (on behalf of an illusion that we have unwisely identified with) is therefore what we call fear. The concrete identity isn’t just created by fear then, it is fear… 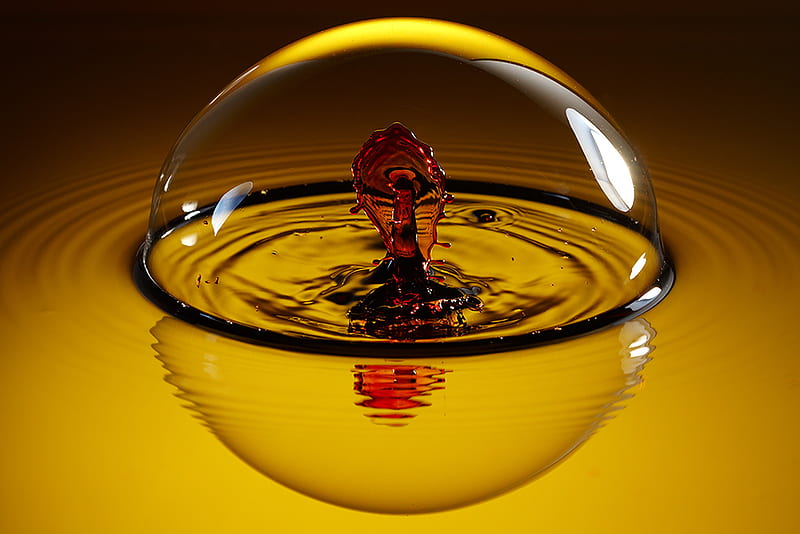