This is an automatic kind of a thing – we become aware of the anxious feelings and then we tense up mentally against them almost immediately. It happens so quickly that we don’t see any gap – the anxious feelings and the tensing up seem to be more or less the same thing. And then, once this reaction sets in, it tends to ‘take over’ – it develops ‘a life of its own,’ so to speak, and then we are stuck with it on an ongoing basis. The original idea was that all of this tensing up, all of this straining was going to help us overcome the anxiety. There was a kind of a hope there at the beginning that the tense frame of mind was going to be beneficial to us – but it isn’t at all.

What we don’t realize is that the tensing up feeds into the anxiety, strengthens the anxiety, accelerates the anxiety. The way that anxiety works is that fighting against it, tensing up against, etc, gives the anxiety more energy. So although our automatic response of tensing up is there to ‘limit’ the anxiety it doesn’t limit it at all but causes it to flare up!

But if fighting against the anxiety were the right thing to do then it would help us, and if we struggled hard enough against our anxious feelings and thoughts they should eventually go away and leave us alone. This however never happens. No one ever struggled hard enough against their own anxious feelings and anxious thoughts so as to make them go away! And the reason this never happened, the reason no one ever did this, is because struggling hard against our own feelings and thoughts is anxiety!

We might as well say that being anxious about our own anxiety is going to make it go away! Obviously this is nonsense – how can being anxious about our anxiety make the anxiety go away? This would be like thinking constantly about how to make our own thoughts go away and expecting this to actually work! Or it would be like being critical of ourselves for always being self-critical and expecting that to somehow help matters. Or it is like fighting with someone hoping that if you fight with them enough they will stop fighting with you…

The principle here is that the thing itself (whatever it is) can never be ‘turned against itself’ to make itself go away! So if fighting and struggling and ‘tensing up’ doesn’t work (and is in fact the exact wrong thing to do) then it is easy to see what does work, what is the helpful thing to do. If fighting against the anxiety makes the anxiety worse, then the helpful thing to do is to not fight! If tensing up against the anxious thoughts and feelings feeds into them, and gives them more energy, more power to disturb us, then the thing to do is not tense up…

When we first hear this it may not seem to make much sense. We have been brought up to believe that ‘not doing something’ isn’t going to get us anywhere! ‘Not’ doing something sounds lazy, ineffectual – it sounds like ‘giving up’. We automatically believe that not fighting, not struggling, not tensing up is to invite disaster. It is as if we believe that our fighting and struggling and tensing up is the only thing that is saving us from an even worse fate than the one that we suffering from now!

This belief however is entirely wrong. It couldn’t be more wrong! It’s as wrong as could be… The truth of the matter is that it is our resistance that is fuelling the anxiety and allowing it to continue. Resistance is the cause and not the cure…

This belief – which is the belief that we have to be firmly in control the whole time and that it is a very bad thing if we are not – is itself the root cause of anxiety.

Controlling or ‘holding on tight’ never cured anxiety. Anxiety is controlling, anxiety is holding on tight! Anxiety is the reason we feel that we have to control, the reason we feel we have to hold on tight. We have it the wrong way around! And similarly, tensing up against anxious feelings and anxious thoughts doesn’t make them go away. Getting tense with them makes them stick around!

Once we stop seeing everything backwards then the answer is clear. From this point on – when we have had the insight to see that the problem was in our automatic habit of resistance and not anywhere else – it is just a matter of ‘getting better at not tensing up’ when we feel that we want to, not struggling and straining when we feel that we have to.

The very idea of giving anxious feelings ‘our blessing to be there’ doesn’t make sense. And yet it’s the very same principle that we can apply in a situation where there is a fight between two people: if we are fighting or quarrelling and neither of us is willing to back down then the fight will continue. If neither party backs down then the quarrel will persist. In order for the pattern to be broken someone needs to stop reacting – someone needs to stop acting mechanically, someone needs to stop acting like a machine! If you do stop reacting, and stop answering every ‘tit’ with a ‘tat’, then the whole thing rules out of steam, the whole thing winds down. The conflict can’t continue because it takes two to tango!

There is always another possibility however, no matter how things seem, no matter what our embattled mind might be saying to us. Our thinking will always say to us that if we don’t keep on fighting, if we don’t keep on struggling to the limit of our ability, then no matter how bad things might seem now, what will happen next as a result of our irresponsible inaction will be a thousand times worse. Some unspecified but nevertheless ultimately terrible disaster – the mind says – is absolutely guaranteed to befall us if we ‘give in’.

This however is simply not true. It is the fighting that keeps the whole sorry business going. The disaster has already befallen me! The disaster is to be caught up in this gruelling, ceaseless, utterly fruitless and utterly exhausting anxiety. This is already an ultimate form of suffering!

Anxiety comes about as an inevitable function of this compulsive attachment. When we are anxious we want very badly to control – either in the sense of ‘separating ourselves from what we don’t like’ or in the sense of ‘securing what we do like’. In both cases things are one way and we want for them to be another. In anxiety we want very badly to change things from the way that they are (or the way that we think they’re going to be) to be the way that we want them to be.

As we have said, we don’t just do this (or want to do this) when we’re anxious – we do it the whole time, mostly without even realizing that we are doing it. We get our sense of security out of this, our sense of ‘everything being OK’. But we aren’t really in control – we just think that we are! As Adyashanti says, we have the comforting illusion that we are in control, and this is an illusion we very rarely have to question or look at.

What happens in anxiety therefore is that we start to see through this illusion – we start to see that we’re not in control and as a result of this disillusionment we lose our sense of security, our sense of everything being OK. In order to get this security back we struggle very hard to regain control (which is to say, we struggle very hard to regain the illusion of control). We want very badly for things to be the way we once thought they were!

But no matter how hard we try to get things back the way they were (or rather back to the way we thought they were) we cannot get rid of the sense that we are not in control, and – more importantly – of the sense that we won’t be able to get back in control, no matter what we do. It is this doomed feeling that underpins the whole experience of anxiety, and it is also this feeling that we are fighting against. What this means of course is that in anxiety we are actually fighting against our own awareness!

All our ‘doing’ in anxiety therefore (all our striving and straining and struggling) is at root the attempt to regain the illusion of control, whilst having at the same time to some extent seen through this illusion! It is for this reason that we are so very heavily predisposed to doing in anxiety, and so very disinclined towards seeing.

And yet of course it is the insistence on doing (our insistence on believing in our own power to control) that caused the anxiety in the first place. We want more control, and yet it is this desire for control that has created all our suffering for us – it is the very root of our suffering. 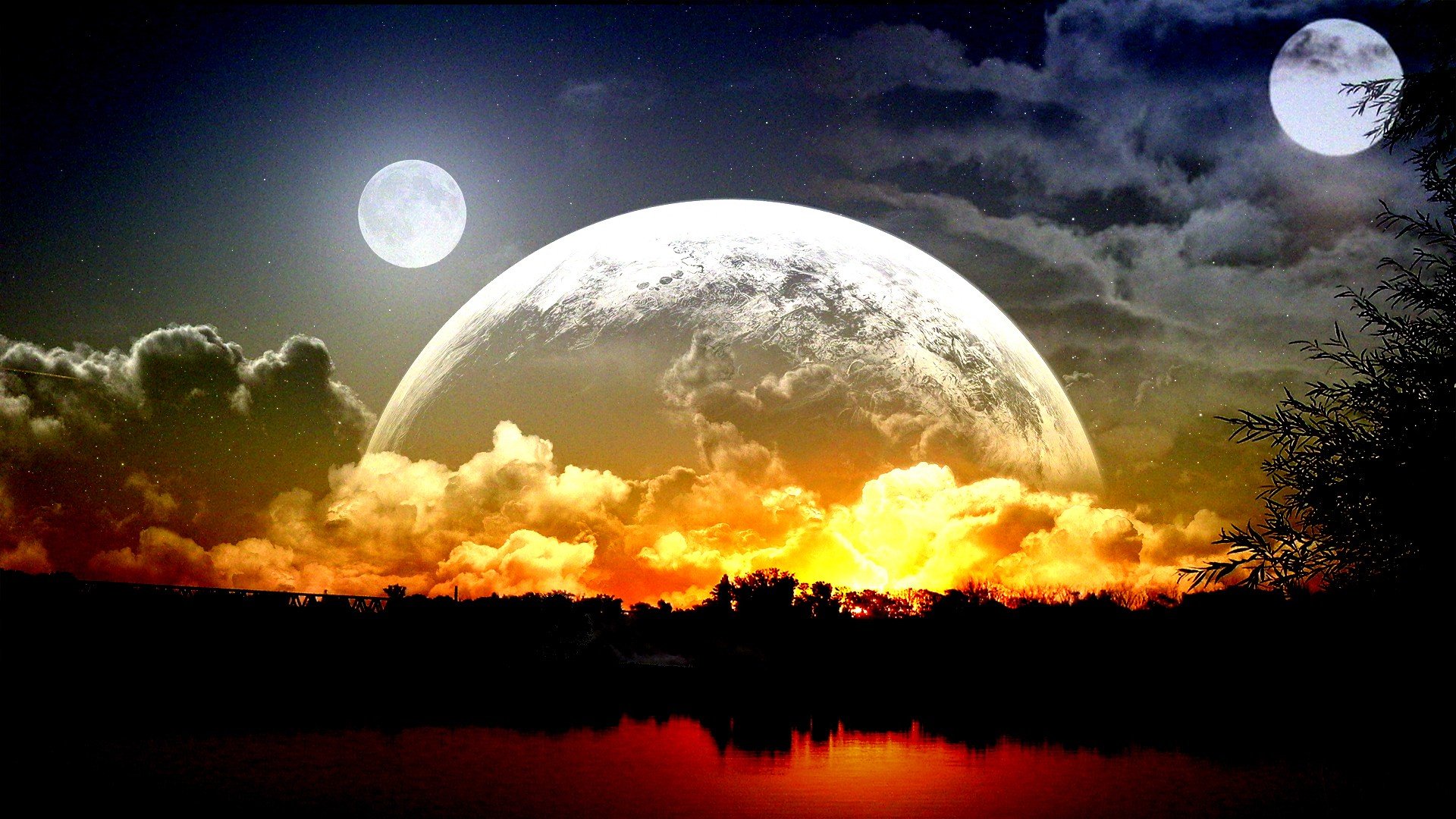 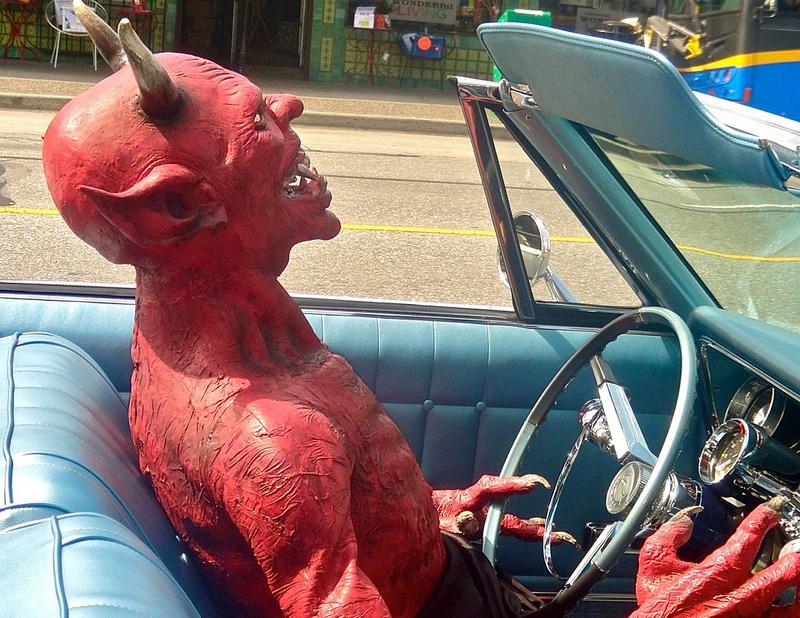