What does the thinking mind do? Do what is its characteristic activity? It doesn’t do what we imagine it does, certainly. The thinking mind does way more than we give it credit for. It does all the stuff we commonly attribute to it (solving problems, etc), but it does something else – something we never suspect. What thought does that we don’t’ suspect is that it oversimplifies reality to suit itself and then makes us live in that reality.

We might ask what exactly what – in strictly practical terms – this means for us. We might wonder what exactly it means to be ‘living in an oversimplified world as an oversimplified version of ourselves’. What kind of situation is this? What possibilities for advancement or self-improvement exist here? This turns out to be the crucial question: we can improve ourselves within the terms of reference of the oversimplified version of reality for sure, but in the wider picture (which is reality itself) this doesn’t amount to anything at all. It doesn’t ‘translate’ into reality. There is a constant ‘itch’ to try to do something about our situation  – to improve it or progress it in some way – and that it isn’t ever going to ease up, no matter how much we scratch it. It is never going to let up on us. It’s there forever, a permanent part of our situation.

There are only two possibilities here therefore – either we are going to respond to this situation (or rather react to it) or we are not going to respond or react to it. If we react then we will never stop reacting; we will never stop reacting because – as we have just said – the itch or irritation that we’re talking about here is a full-time part of our situation. Ours will be ‘a life of reacting’ in this case and a life of reacting doesn’t allow us much time for anything else! The god of reacting is a jealous god and he doesn’t like any competition when it comes down to the question of our worship. So – just to sum up – Possibility [1]  is where we live ‘a life of reacting’ and the thing about this type of life is that none of this reacting is ever going to change even the slightest little thing. It’s all perfectly meaningless activity.

Possibility [2] is where we don’t react or respond to this constant urge or compulsion to improve the situation. This doesn’t mean that we ignore the itch or get insensitive to it so that we don’t feel it anymore. We can ‘shut down’ or ‘switch off’ but that’s just another way of reacting to the itch – we are closing ourselves off to what’s going on by way of a solution to what’s going on. It isn’t a solution really though because – as we have just said – reacting never changed anything, no matter what ‘type’ of reacting it might be. ‘Not reacting’ means just that – the itch is there but we aren’t either ‘buying into it’ or ‘ignoring it’ (we aren’t doing anything to try to lessen the pain, or lessen the discomfort, in other words). We’re ‘living with it’, in other words (although this is much subtler concept then we might at first imagine.) We could also say that we are ‘alive to the difficulties of life’, as it says in the Tao Te Ching –

We might have explained the ‘two possibilities’ as if it’s either ‘one or the other’, as if we are either wholly ‘reacting’ or wholly ‘not reacting’ with nothing in between, but this isn’t how it works. Clearly, there is an inter-penetrating of the reactivity of the ‘deterministic realm’) with the freedom of non-reactivity that means that we can – at times – freely experience ourselves being unfree in day-to-day life. ‘Wisdom and confusion are co-emergent’, as Sogyal Rinpoche says. There is scope for enormous confusion when it comes to the interface between freedom and determinism which makes up everyday life. The ‘Arch Delusion’ here is that we can – via the application of willpower and effort – work towards freeing ourselves from the incredibly treacherous situation that we find ourselves in. The question we almost never ask ourselves however is ‘Who is it that’s trying to escape?’, and ‘from what?’ If we were to look into this question we would find that it is the ‘oversimplified version of who we are’ trying to escape from ‘the oversimplified version of the world’, both of which are constructs of thought.

The thought-created self can’t escape from the thought-created world which it inhabits. Its need to escape (or ‘need to fix’, as we look at it the other way) is the very same thing as ‘the itch to improve things’ that we have been talking about. When we try to improve our situation then we reacting and reacting never changes anything – as we keep on saying! Reacting never changes anything – it merely perpetuates the trap that we are stuck in. Just as long as we believe ourselves to be ‘the oversimplified version of analogue of who we really are’ then we also have to believe in the deterministic world which goes with this concrete identity and this ‘concreteness’ is what creates the underlying principle of ‘irritation’ that we are constantly subject to. It is impossible to be mind-created self in the mind-created virtual reality (which is its own projection) without there being this ‘irritation factor’ (which we could also refer to as the factor of ‘mechanical suffering’). We might dream of escaping it or fixing it (we DO dream of escaping or fixing it!) but we will have to dream on forever….

When we try to become ‘freer’ or ‘more aware’ or ‘more in tune with the universe’ (or whatever we wish to phrase it) we might suppose that we are following our ‘higher impulses’ in this but all are doing really is ‘reacting on a different level’ – all we’re doing is ‘reacting on a (so-called) spiritual level’, so to speak. We’re still trying to ‘improve our situation’ after all, so what’s changed? What we are doing is enthusiastically enacting that most basic tropism – the tropism away from pain, the tropism towards projected ‘relief from suffering’. We’re trying to fix the situation that we’re in and this means that we are – without knowing it – trying to hang onto something without realising that we are. We’re ‘clinging to the known’, in other words – fixing or escaping always means ‘clinging to the known’.

What we’re trying to hang onto is of course the mind-created self – we’re trying to hang on to our idea of ourselves with our reacting and – in a very provisional sort of way – it could be said that we are succeeding. We are succeeding at hanging onto ‘the idea of who we are’ but we’re doing so at a price and that price is the necessity to carry on striving, carry on reacting. We dragged the conflict along with us wherever we go (and it is irresolvable conflict – it is ‘irresolvable conflict’ because it’s the conflict of trying to do something that’s impossible…

Whenever we try to push or manipulate things to be different from the way that they then we are reacting. The definition of ‘reacting’ is that we are straining, in an involuntary or compulsive way, to move away from pain or discomfort. This is, as we keep saying, the characteristic type of activity of the Deterministic Realm (which is ‘the realm of the simulation’, ‘the realm of oversimplified reality’). Another way of approaching this is to say that whenever we are reacting then we are always ‘reacting on behalf of the oversimplified version of who we think we are’ and by ‘reacting on the basis of the oversimplified version of who we think we are’ we are perpetuating that oversimplification. We are ‘surviving to react another day’, so to speak! This is the way that it works – this is the mechanism in a nutshell. We are preserving our theory or model of reality even though that theory or model is the very source of our suffering in the first place.

What we’re talking about would be better referred to as ‘observation without thought’, which is how Krishnamurti describes it. Observation is in no way a deliberate act – it arises naturally out of intrinsic integrity, our intrinsic inalienable interest in the truth of what is going on. When we are subsumed within the small world that is created by thought then there is no integrity, there is no ‘interest in the truth’. When we are subsumed within the world that has been created by thought then all that exists is reacting, and reacting has nothing to do with the truth! Reacting is the involuntary movement away from pain that we compulsively identify with, and believe to be an expression of our own free will… 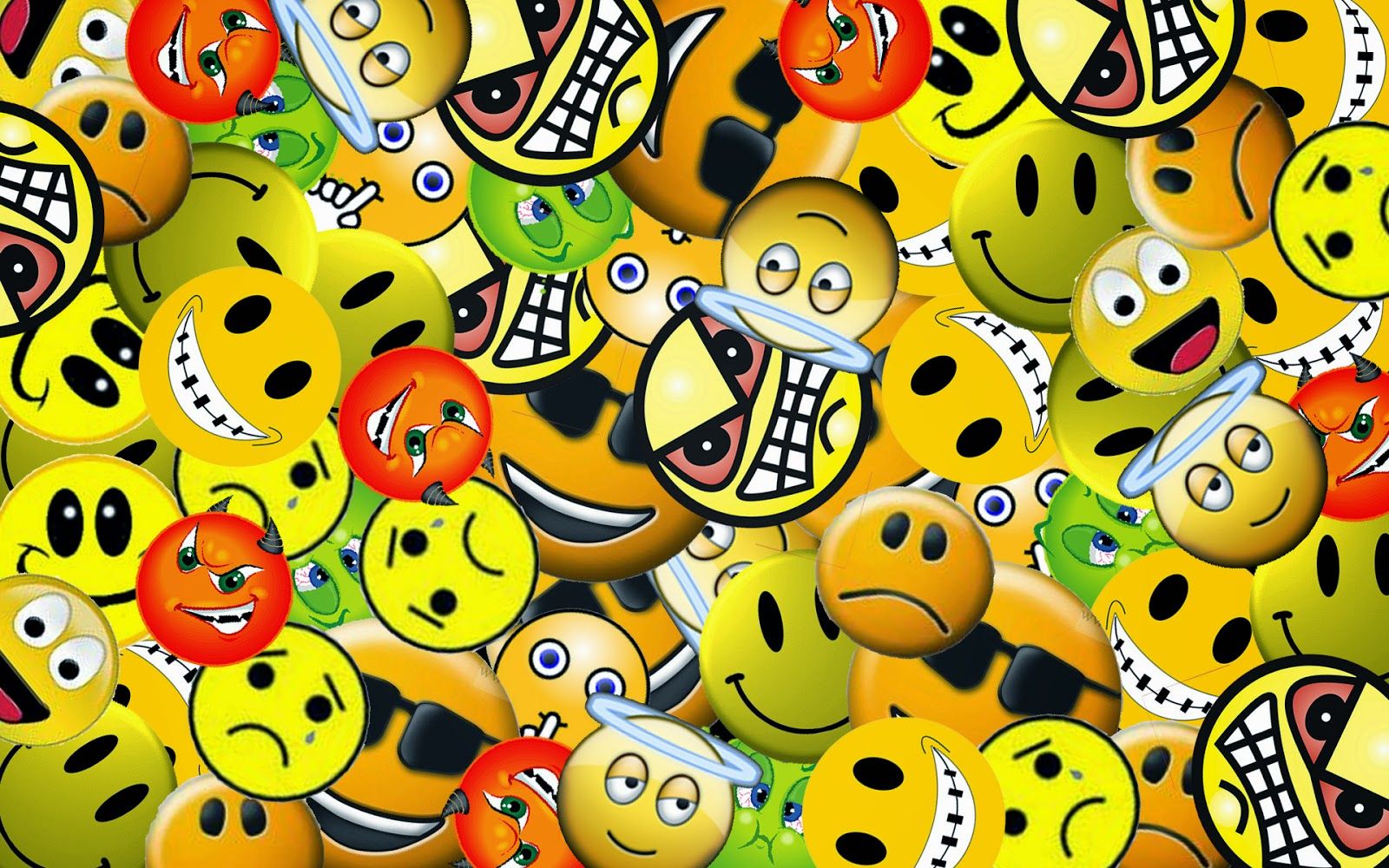 The Curse of Personal Development

Peeling Off a Generic Self