Freedom – from our everyday run-of-the-mill point of view – is a very tricky customer indeed… It’s a tricky customer because every time we try to move in the direction of becoming more free our efforts backfire on us and we become less free instead! Our attempts to free ourselves imprison us even further, in other words.

If a bit of insight came our way and we realised that we were trapped in our own habitual patterns of thinking and behaving (which is something that undoubtedly occurs to us all at some time or other) then the obvious thing to do is to try to escape from these patterns. This is the obvious thing to do, but it doesn’t get us anywhere as we just said; it doesn’t get us anywhere because the attempt to escape from the pattern is part of the pattern…

The problem is that we have only these two responses available to us – either we say <yes> or we say <no> and both <yes> and <no> have the effect of reaffirming the reality of whatever it is we are either agreeing with or denying. This doesn’t make any sense at all to us because ‘yes versus no’ is usually all we need to get by with – ‘yes versus no logic’ works perfectly well for us in everyday life. In this case however we have to ‘wake up to the paradox’. The paradox is that ‘yes equals no’ as we have just said, and in everyday lives we never have to pay any heed to this paradox, we never have to acknowledge its existence in any way.

A good way to point to this paradox is in terms of issues and how – once an issue arises – it is not possible to simply dismiss it. If we say (when an uncomfortable issue arises) that the issue isn’t an issue that doesn’t make the issue ‘go away’ any more than saying that it is an issue does! Any purposeful relationship that we with the issue (either affirming or denying) will straightaway feed back into it and make it more real. There are no methods for getting rid of issues, in other words; there are no methods for getting rid of issues because the very fact that there is a method reaffirms that there is something there that needs to be gotten rid of.

Ultimately, the pattern (or ‘system’) that we are trying to escape from is the pattern of our own mind, our own thinking. The glitch straightaway becomes obvious when we put it like this – it is this very same mind that we are going to use to arrange our escape route. The thinking mind has only two possibilities available to it – either it can say <yes> or it can say <no> (either it can affirm or it can deny) and both of these possibilities only ever serve to perpetuate the assumptions that it started out with. ‘Perpetuating the assumptions that it started out with’ is all the thinking mind can ever do – this is thought’s essential linearity.

Only it’s not really ourselves that we’re trying to run away from; it’s only ‘the pattern which will fall into and which we think is us’. We think that this endlessly reiterating pattern of thinking and behaving is us, but it’s only what we have been conditioned to think we are. It’s our idea of ourselves, our understanding of who we are, not who we really are, and that is the essential nature of the trap. The habitual pattern of thinking and behaving isn’t who we really are because who we really are – obviously enough – isn’t ‘a habit’.  on tape repeating pattern’. We aren’t a ‘repeating pattern’ because a repeating pattern isn’t anything – it’s a redundancy, it’s ‘serial unreality’, it’s ‘an echo of an echo’…

The habit sets in, and then before very long the habit becomes all we know. Our lives shrink down and down until they become exactly the same size as the pattern that we are caught up in, and then anything that threatens or challenges this pattern become something to be afraid of, something to fight against. We spend all of our time protecting the habit and aggressively promoting it, and yet at the same time we can’t help on some level resenting it because it is imprisoning us and isolating us from the main current of life. The pattern is compelling us to live a ‘false life’. It’s the classic ‘love/hate relationship’ that we’re talking about here therefore.

The truth of the situation is that we have become addicted to the pattern – we ‘love’ it because it gives us what we want (i.e. a sense of security) and we ‘hate’ it (very often without knowing that we do) because security is a prison. The compulsive pattern of thinking and behaving has taken away all our freedom and reduced us to the status of insincere and inauthentic slaves, slaves who cannot admit the truth about our situation. Ultimately our well-being comes from freedom, not the never-ending search for a ‘security’ that doesn’t really exist – not in any real sense, anyway. This ‘security’ is only a target to aim at, it’s not actually ‘a real thing’. Our well-being can only ever come from freedom and yet freedom is the very thing that our conditioning denies us at every turn.

When we fight against the pattern or try to escape it then we reinforce it. Whether we love the-pattern-which-is us and try to promote it or hate the-pattern-which-is-us and try to kick against it makes no difference – the pattern is reified either way. If I love myself then this reinforces the conditioned self and if I hate myself and have contempt for myself then this also reinforces the conditioned self. The core assumption of who I think I am gets reified (or ‘made more real’) either way.

If I love myself and promote myself at every turn then I am ‘stuck to myself’ (obviously), and if I hate myself and denigrate myself at every opportunity then I’m still ‘stuck to myself’ (or rather I’m stuck to the repeating pattern that I call myself, the claustrophobically narrow habit that I call myself). In the first case I am the euphoric ego, in the second case the dysphoric ego. Either I am repeating the behaviour of promoting myself so that this pattern of behaviour constitutes my identity, or I am repeating the behaviour of putting myself down myself, and my identity becomes the perpetuation of this activity. Either way there is no freedom from the pattern, this repeating pattern that we call ‘the self’.

Freedom is a very tricky customer therefore, as we have started off this conversation by saying. It’s a tricky customer from the point of view of the habitual pattern that we think is us because we can’t help seeing freedom upside-down. We can’t help seeing freedom in terms of who we take ourselves to be and so what we are really looking for is ‘freedom for the system that we are trapped in’. We are looking for ‘the freedom for the pattern to carry on being the pattern’ and this means that are actually empowering the pattern that enslaves us. By giving power to the static or repeating pattern, we enslave ourselves – we enslave ourselves via our attempts to gain freedom. 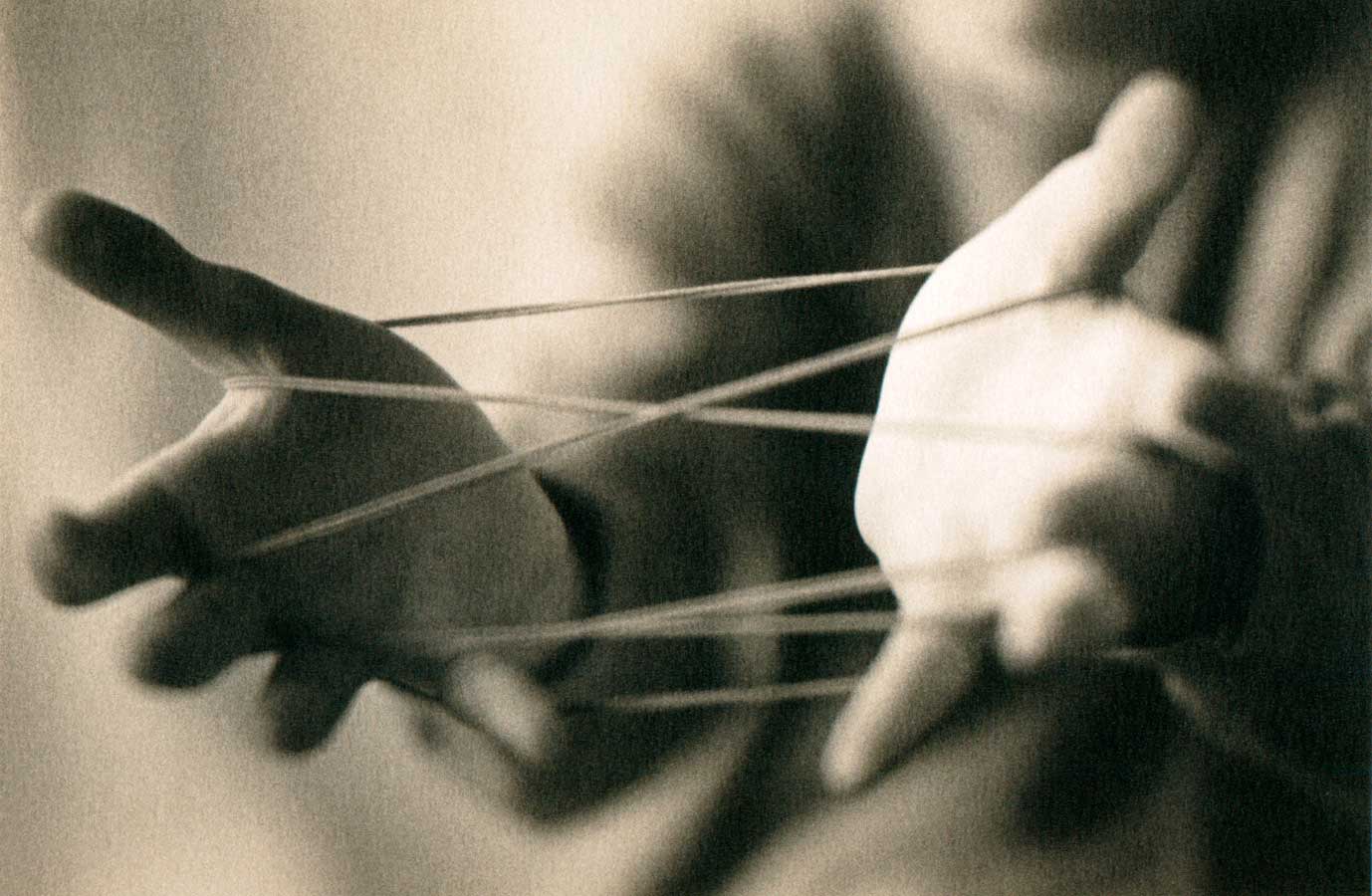 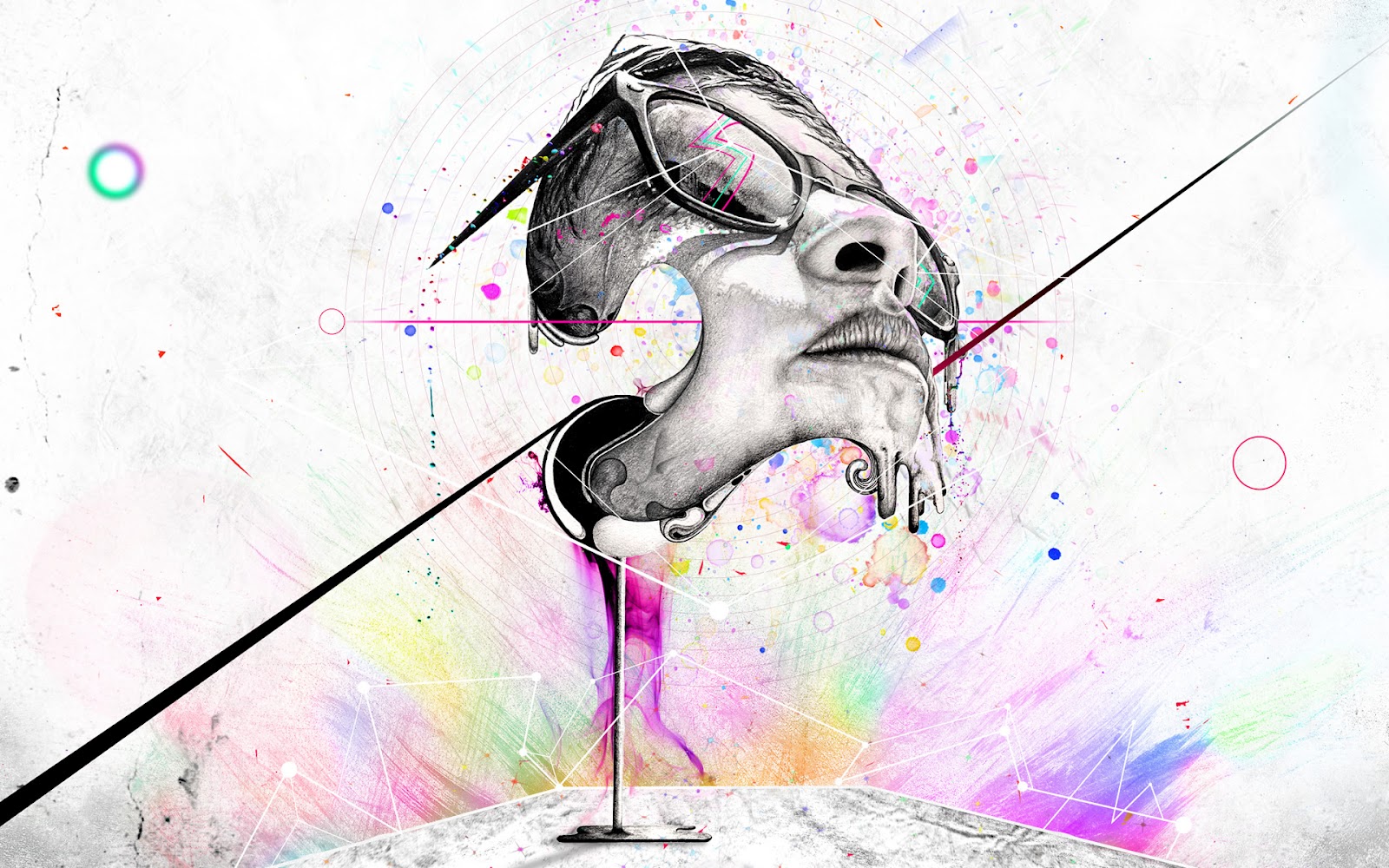