The everyday self is forever playing the Waiting Game – that is its fate, that is its unalterable destiny. This doesn’t particularly sound like a lot of fun of course, and it isn’t! The fate of the everyday self (or ‘self-concept’) is a truly dire one, and it cannot ever be otherwise. If we had any sense then we would jump ship and try something else instead, but sense is something that we don’t have, unfortunately. Playing the Waiting Game automatically deprives us of the good sense we would need in order to see that there is no point in playing it!

When it comes to taking an interest in our actual situation (never mind seeing our actual situation) we definitely don’t have any sense at all. We will preoccupy ourselves with anything rather than taking an interest in what is actually going on for us; we will look anywhere rather than looking here, and this is more than just a bit reminiscent of Jung’s well-known statement that ‘People will do anything, no matter how absurd, in order to avoid facing their own soul’.

If we looked into this matter of the Waiting Game and saw that it is indeed ‘only a game’, then we would no longer be able to be immersed in it and so the benefit of playing it (such as we imagine it to be) will be quite lost to us. We will be left without the benefit in question and that isn’t something we want to see happen – we are living for this benefit, after all. We are totally and exclusively orientated towards obtaining this so-called ‘benefit’, the pot of gold at the end of the rainbow, even though the truth of the matter is that it doesn’t actually exist.

We are slaves to this Waiting Game, we are slaves to it because we can’t bear to face the dreadful possibility that we may not ever be able to avail of this all important benefit – we’re way too afraid to countenance that. ‘Failure is not an option’, we say from the depths of our denial, and what we’re in denial of here of course is the cold hard fact that there is no benefit (or ‘reward’) to be had from playing the Waiting Game, and that whether we win or lose doesn’t make the slightest bit of difference in this regard.

The fate of the everyday self is to be forever playing the Waiting Game, waiting for something that will never happen. We want the benefit that we are waiting for more than anything else in the whole wide world;  obtaining it would be the best thing that could ever possibly happen to us we say, and yet the rub here is that there is no such thing as ‘a benefit that will come from playing the Waiting Game’. To play the game requires therefore that we make insight into what we’re doing (insight into the fact that what we’re waiting for can never happen) into the Devil, who is as we know to be resisted mightily by the faithful every step of the way.

In order to play the Waiting Game we have to make our awareness itself into the Devil, in other words, and this is exactly what we have done. We live in a world in which ‘consciousness is the enemy’ and the thing about making consciousness into the enemy is that we can’t ever know that this is what we’re actually doing. We can’t ever let ourselves be aware of what we’re doing because it is awareness that we are fighting against. We cannot know ‘the true story’ regarding what we doing therefore, which is that we have foolishly committed ourselves to fighting the most futile battle there ever was.

When we make consciousness into the Devil then the only thing we’re allowed to know is that we must never take a break from ‘fighting the good fight’. We mustn’t fall for Satan’s tricks, we mustn’t succumb to his wiles. We mustn’t listen to anything he says because the minute we do so he will ‘turn’ us, he will subvert us, he will get us believing his version of things. We have to stop our ears, and pay him no heed at all, because that’s the only way to win this fight. ‘Resisting Satan’s wiles’ is just another way of talking about psychological denial, therefore. We’ve demonized the truth, and so we have legitimized fighting against it, we have made fighting against it into ‘a good thing’. We have demonized the truth because it is not acceptable to us – we would rather have a phoney or hallucinatory reality that is experienced on the basis of the conditioned self that we think we are than the genuine article, the genuine article in which there is no reassuring ‘concrete sense of self’.

The inversion of values that the game embodies can be explained as follows: the ‘good thing’ that we want so badly can only happen if we successfully ‘fight the good fight’, which means resisting the devil – just as we are told in Sunday school, just as every orthodox Christian will happily tell us. The ‘bad thing’ is to succumb to the infernal wiles of Satan and thus miss out on our eternal reward. In reality, however, it’s the other way around; it’s the other way around because the awareness which we are fighting against actually is ‘the good thing’ and it was there all along (which means of course that there is no need for us to play the Waiting Game).

Not only is there no need to play the Waiting Game, it is the fact that we are playing it which means that ‘the good thing’ (however we might conceive that) absolutely can’t happen to us. As long as we are waiting for it to happen then it can’t happen because the Waiting Game is actually an act of denial. Playing the Waiting Game creates ‘the one who waits’ and the hidden glitch in this is that ‘the one who waits’ (i.e., the mind-created image of who we are) doesn’t really exist, and because it doesn’t really exist the happy event that it is waiting for (i.e. our eternal reward that will get for ‘fighting the good fight’) isn’t a real thing either.

This is a ‘psychological lobster pot, therefore – we are enticed into the narrow aperture of the pot with some tasty bait and then – once we have been suckered into playing the waiting game – we find that we can’t ever get out of it. We can’t ever get out of it because in order to play the game we have to identify with the self-concept (without knowing that we have done so, because this is how conditioning works – it’s an ’invisible loss of freedom’) and so from this point on we are obliged to keep on playing the Waiting Game. To NOT do so would effectively be suicide for the Thought-Created Sense of Self that we are identified with, and so – very understandably, given the position that we understand ourselves to be in – ‘not playing’ simply isn’t an option for us. Not playing the game is precisely the thing that we are never supposed to do… 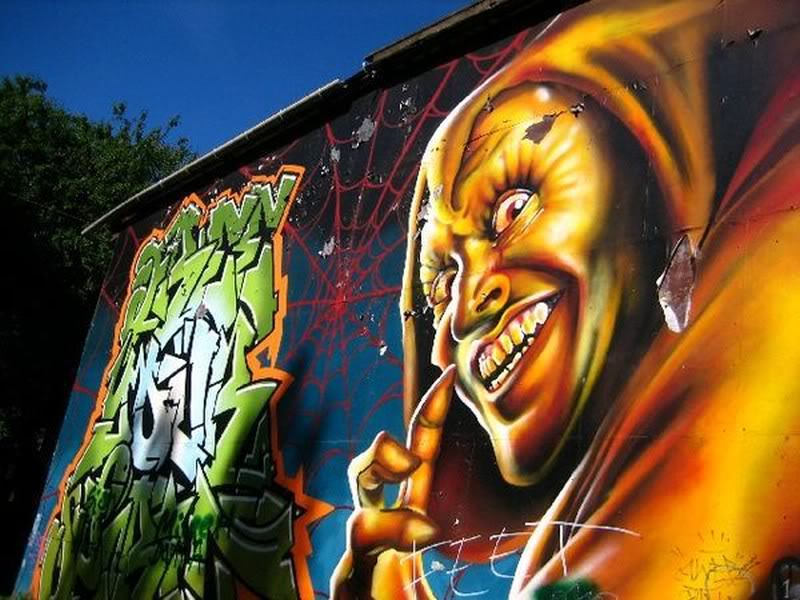 The Operating System of Fear