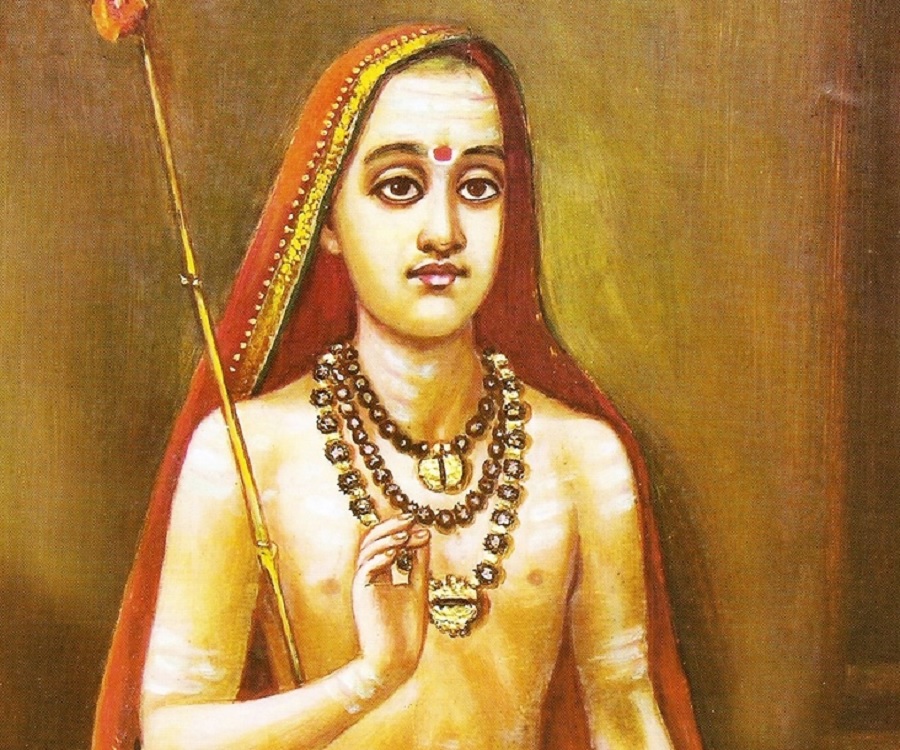 According to Adi Shankara, when we perceive the Atman then the world as we know it – the illusory world of attractive and repellent appearances – immediately ceases to exist. The world that is made up of our hopes and fears (which is the only world we know, the only world we care about) immediately ceases to exist. Why should this be so, we might wonder? Why should the world vanish (or change so radically) when we become aware of the Atman?

This might seem rather odd, but it makes perfect sense once we realize that what we call ‘the world’ isn’t actually the world at all but only ourselves. Or rather, it is not really our ‘self’ but what we think is our self, which isn’t who we are at all. When we have no awareness of the True Self (the Atman) then what happens is that we identify with a false idea of ourselves instead and are compelled by mechanical forces to believe that this is who we actually are. We identify with false self and this ‘false self’ – however foreign to the truth of who we really are it might be – becomes the only viewpoint we are allowed, the only viewpoint we can ever have.

Getting out of this peculiar situation isn’t just ‘something that happens’ – it represents the hardest journey that we could ever take, harder than we could ever possibly imagine. If we were asked how we could go about setting forth on this journey of ‘disidentifying with this false self’, one answer would be to say that we set of on this journey through the application of a highly unusual quality that we might call ‘detached perseverance’.

‘Detached perseverance’ is rather a paradoxical notion – we’re not persevering because we want something to happen as a result of our perseverance, because we’re looking to bring some special state of affairs to pass. We not persevering in the hope of bringing about progress with regard to this goal; if we were doing that  – if we were looking for ‘progress’ in what we were doing – then this would be ‘attached perseverance’ and that is another thing entirely! But, on the other hand, if we were not trying to get anything to change, if we were not trying to get some type of a result, then why are we doing it? Why are we bothering to persevere in this case, given that this perseverance represents the most extraordinary degree of effort on our part?

So to say that ‘the identified notion of who we are has no interest in perceiving the Atman’ isn’t really stating the matter correctly at all. How could it ‘have an interest’ when there is absolutely zero possibility of this happening anyway? How could the discriminating mind has a reason for wanting to be aware of the Atman when all ‘reasons’ are themselves discriminations, and discriminations by their very nature always take us away from Wholeness? How could there be a reason for the discriminating mind to take an interest perceiving the Atman when the only way it could do this would be to cease all discriminations? ‘Not-discriminating’ is not part of the thinking mind’s job-description! What sense does it make to ask the measuring mind not to measure, or the judging mind to desist from judging?

This being so (as all the mystics have assured us it is) we might wonder what profit there is in getting so caught up, so involved in this ‘projected world’? What do we expect to get out of this involvement? Obviously we do think that we are going to get something out of it – why else would we be so engaged in all this purposeful or goal-orientated activity the whole time? Why else would we be constantly ‘striving to achieve’? Why else would we be so terribly acquisitive, so dreadfully competitive? Why else would we invest so much in the struggle? We are – when it comes right down to it – putting everything we have into cracking this particular nut. We’re giving it everything we’ve got and we’re not about to give up any time soon! We’re not going to give up full stop. There’s nothing – it seems – that can put us off our quest.

This is a very curious thing to consider – the identified notion of ourselves (which is nothing to do with who we really are, being no more than an abstraction created by the discriminatory mind) is trying every trick in the book to get its hands on the good stuff that it perceives to be hidden in the world. It has its eye on the prize. It knows the loot is there somewhere and it wants it for itself, only the world of appearances that it is so fascinated with (and is trying so very hard to get the better of) isn’t an independent reality at all but simply its own sterile projections which it can’t recognize as such. A hollow analogue self is compulsively caught up with its ceaseless ‘struggling and striving’ in an equally hollow analogue world!

As we have said, the identified notion of ourself has zero interest in seeing the Atman, but then again if that were the whole story then we would – all of us – be always be in the business of running away from reality and this isn’t the case. Sometimes we are running away from reality, but then at other times we are moving – however painfully – towards it. Life is made up of these two movements – the movement away from the truth, and the movement towards it. The ‘saving grace’ is that we are never ‘just’ the identified self. Consciousness is never completely trapped in the shoe-box which is ‘our mistaken idea of ourselves’ and the degree to which we are not entirely congruent with the false mind-created image of ourselves is the degree to which we still have some relationship with reality, with the Atman.

We were talking earlier about the process by which we can become free from the suffering-creating delusion that we are the false or conditioned self – which is ‘an assumed identity’ that has no relation whatsoever with who we really are. This – we were saying – can only come about as a result of something that we called ‘detached perseverance’, where ‘detached’ doesn’t mean that we are divorced or abstracted or in any way distant from our actual experience of being in the world, but rather that we are ‘detached’ from any hopes or fears with regard to what the outcome of this process might be. ‘Honesty with oneself’ might be another way of talking about it. We are not motivated by any thoughts of gain, in other words, but only by our inherent inclination to want to see the truth of our situation rather than some comforting lie. We could also talk about this in terms of ‘inner fearlessness’, as Pema Chodren does.

What it takes in order to have this ‘detached perseverance’ is simply a willingness to see the truth therefore. Detached perseverance is simply another way of talking about ‘the love of the truth’! This is what allows us to walk down the road of our life wherever it takes us, without taking any ‘short-cuts to nowhere’ (which is where the inclination ‘not to want to see the truth’ always takes us). The journey in question is peculiar in the sense that there is nothing intentional about it – our part is not to say where we go, or control where we go, but to be fearless about where we go, which is a different sort of a thing altogether. This business of ‘detached perseverance’ is not a willed phenomenon, but rather it ‘happens all by itself’ as we proceed with our life, moment by moment, hour by hour, day by day. Our commitment (which again is not in any way a willed thing) is to stay honest with ourselves and if it so happens – as we always do – that we discover that our way of being in the world is to be subtly (or not so subtly) dishonest with ourselves, then we’re honest about this too…

What we’re talking about here therefore is our relationship with the truth, therefore, and how that relationship may either strengthen or weaken. What makes us interested in the truth rather than the convenient lie, we might ask? Certainly, it isn’t the desire (acknowledged or unacknowledged) to gain anything. It isn’t the desire to change anything – how can we be interested in knowing what reality is and yet at the same time want to change things? The philosopher (in the true sense of the word) loves knowledge for its own sake, not because of how he or she may exploit what is learned. If we don’t yet know what the truth is, then how can we have a wish to change things? What – in this case – are our grounds for wanting to instigate change? Where is this ‘impulse to control’ coming from? The one thing we can be totally sure of here is that it doesn’t come from ‘the love of the truth’!

When we are absorbed in the everyday self and its ceaseless dramas then we cannot perceive the Atman. The Atman – the True Self – is the one thing we shall never see. There could be nothing more foreign to our way of thinking, our way of apprehending the world than this! We are functionally incapable of perceiving the Atman. And yet there is nevertheless something in us – even when we are in the depths of full-scale flight from the truth – that can somehow ‘turn around’ and start becoming unaccountably interested in the fact that we are fleeing so busily from the truth. The moment this happens we are walking the path, no matter what our situation may be, no matter what sort of a dead-end we may seem to be in. And yet how this astonishing ‘turnaround’ comes about is the profoundest of mysteries! 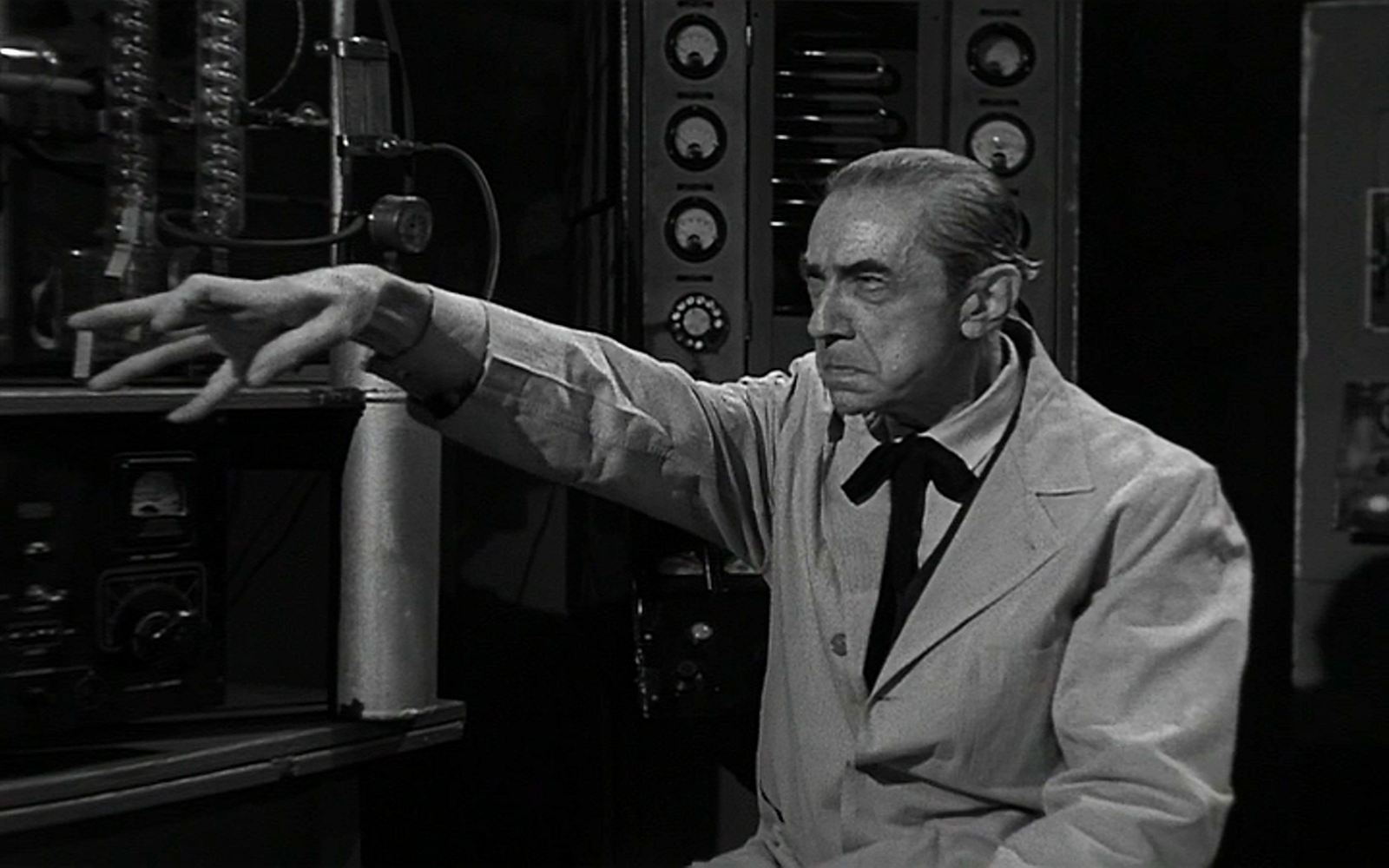 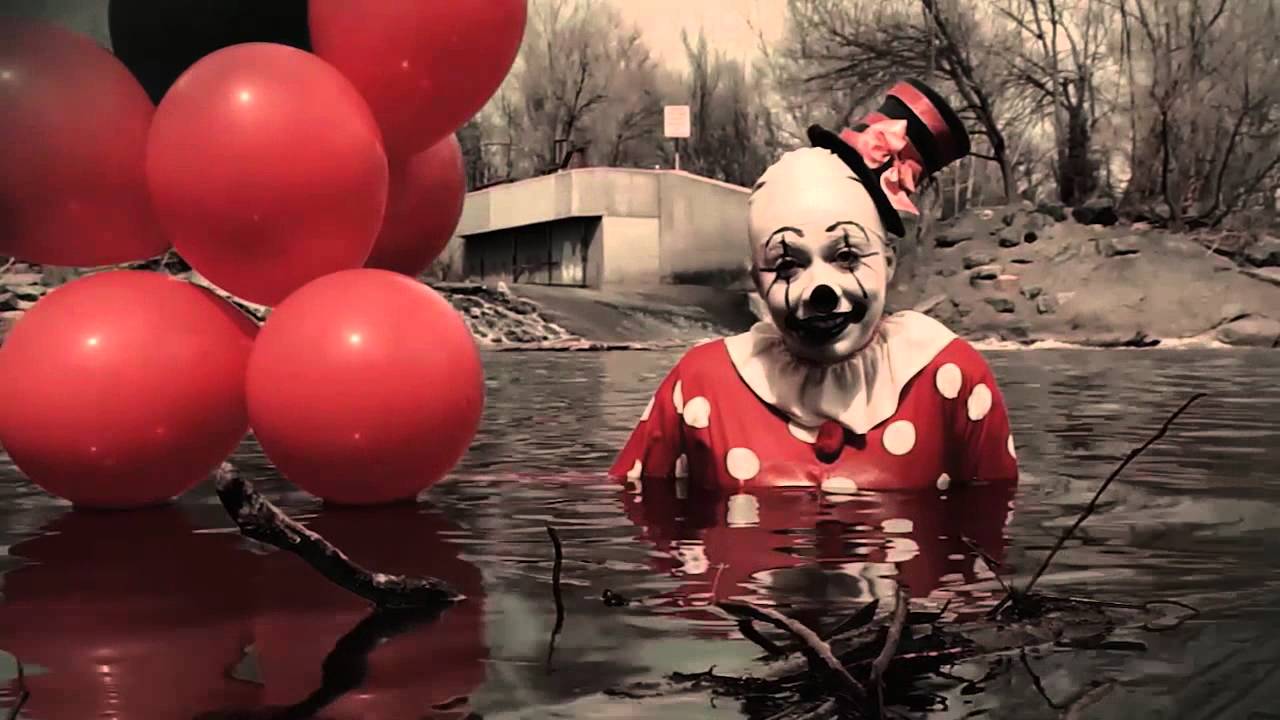 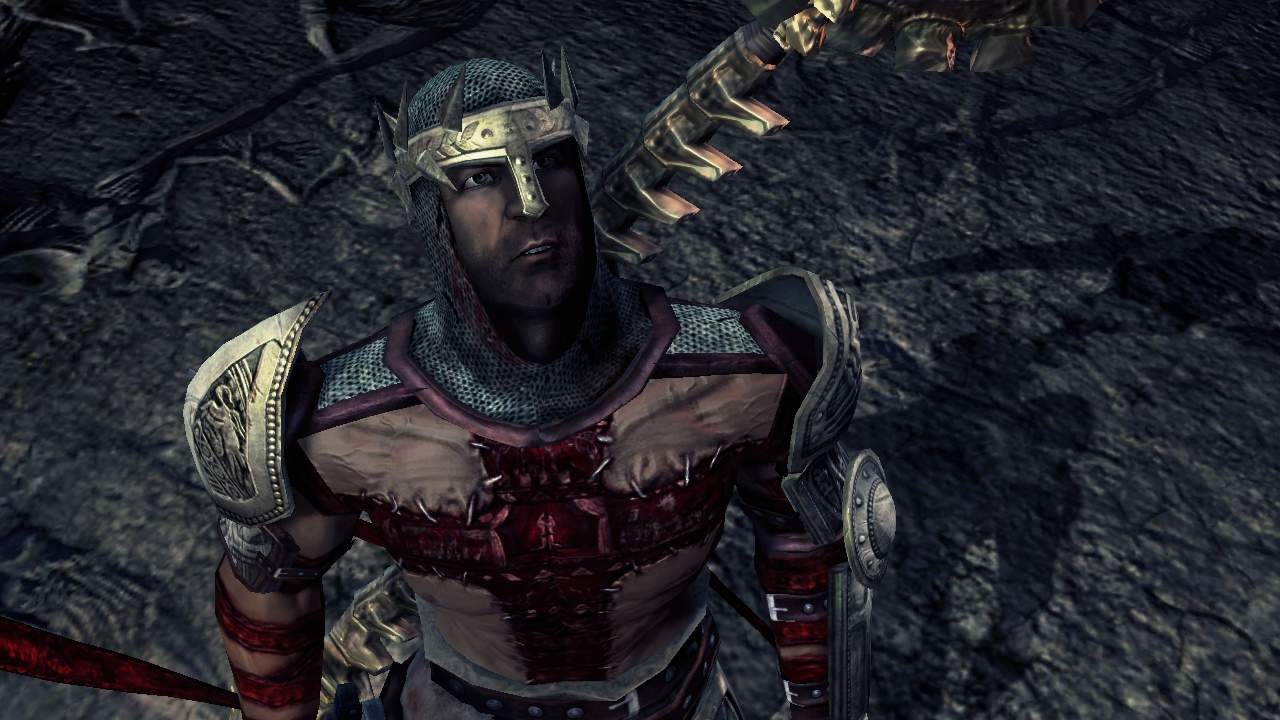 Opting For an Inferior Self 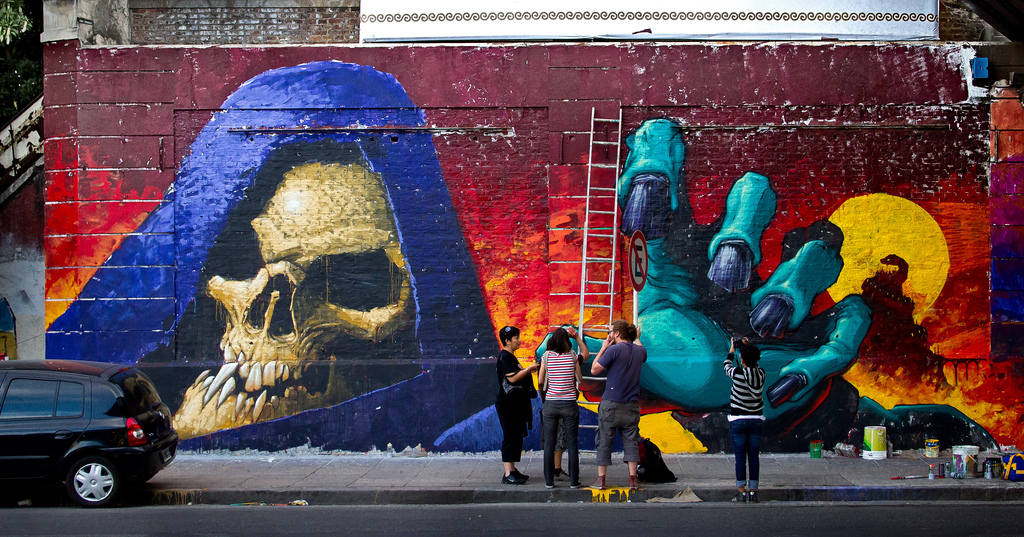 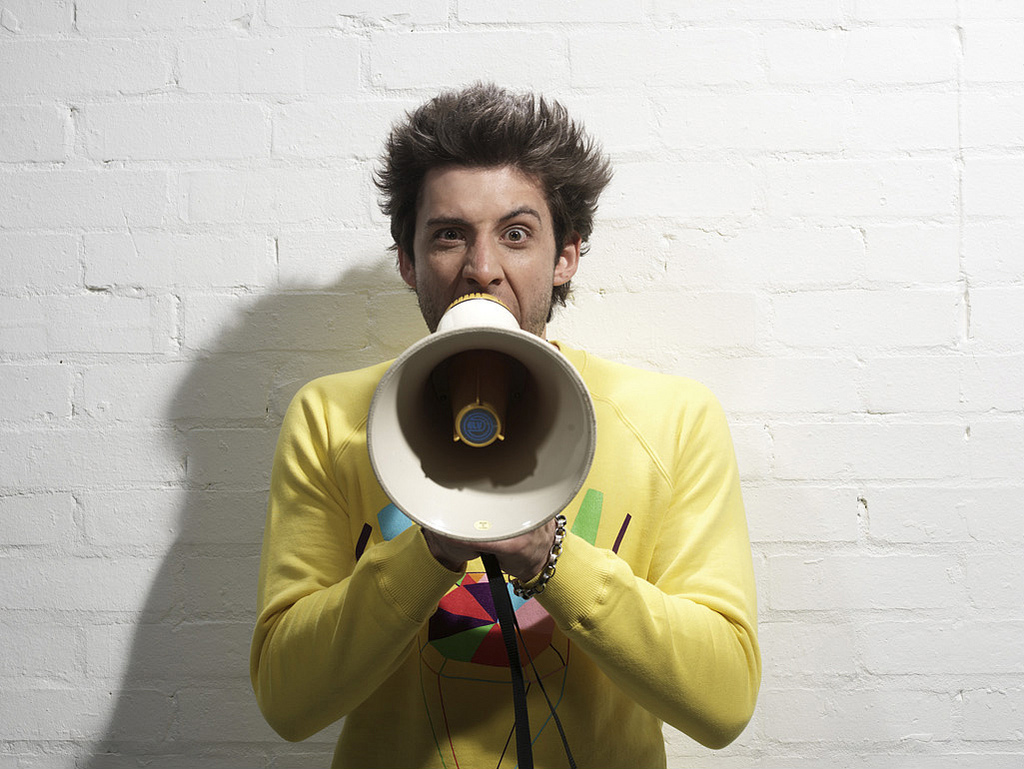