Coat of Many Colours

In this consensus (socially-constructed) world which is the only world we know we are all obsessed with what people are wearing. Ram Dass talks of Joseph’s ‘coat of many colours’ to illustrate the point that it is not about what we wear but who is wearing it. For us however the coat is where its at – I keep on pointing at the marvellous multi-coloured garment that I have on and inviting everyone to marvel at it. “Look,” I say, “Look at this fine coat that I’m wearing!”

‘The coat’ equals our socially-constructed roles – I might be a barrister, a pharmacist, a teacher, a priest, a doctor, a pop-star, a glamorous celebrity, a footballer, a writer, an academic, a tough guy, a gangster, a hippy, a rebel, and so on. We cultivate the role, the image, with diligence and this is what gets noticed. This is what we pay attention to – either with admiration or disdain, either with praise or with censure. We play the game where ‘the image is the thing’ –  where ‘it’s all about the outward appearance’, where everything is all about the skill and professionalism and finesse that is put into maintaining the act. The better the act, the more reinforcement we receive, the more validation we receive. This might sound like a good thing but it isn’t  – it isn’t because the more validation we receive for our persona, the more invisible (to everyone) the person behind the persona becomes…

What Ram Dass is pointing out is that it doesn’t matter in the least what I wear, the important point is who is wearing it, which is to say, what matters is the ‘inner state’ of the person who is playing the role, maintaining the image, keeping up the act. Alan Watts says something to the same effect when he says that a man can dress up either in ermine and silk or soiled rags; that he can hop and skip and jump or crawl around the place on his hands and knees, but it is the very same man in every case.

A fool can be arrayed as a Prince or a barman, a magistrate or a bus-conductor, a university lecturer or a cloak-room attendant, but it is the same old fool no matter what his disguise. The incorrigible eejit is not redeemed by the skill with which he camouflages himself any more than a man who has a very good imagination can become rich by imagining that he has won the lotto. The ‘fool’ or ‘eejit’ is ‘the unconscious person’, the one who does not know who he or she is underneath the socially-approved garment: no matter how formidably prestigious a role I might play in society, I am still not even the slightest jot more conscious of who I really am than I would be in a less high-ranking role. I am no better off in this regard at all. The learned professor is on an equal footing with an illiterate rice farmer as far as being psychologically (or ‘metaphysically’) unconscious goes – if anything he is at a disadvantage since having all those letters after his name is liable to fool him into thinking he actually knows something.

Because in this socially constructed world the attention is on the ‘face’ that we are outwardly presenting (i.e. the role we are playing in the game) the player of the game, the wearer of the garment, gets ignored and neglected. It is as if he or she does not exist. But what is ignored and neglected does not prosper, any more than a garden that is neglected will prosper, and so all is not well in the game, despite outwards appearances to the contrary.

The socially-constructed world game, the consensus reality, the game, is ‘a world of unconsciousness’ because we are all, to a man (or to a woman), perfectly unconscious of the one who is behind the image, the one who is wearing the garment. We never look that deep – in fact we never look deep at all. It is not sufficient to suggest that we are merely lazily ‘negligent’ as far as looking any deeper than surface-level appearances goes, we are actually forbidden by an unstated social game-rule from doing so. As Alan Watts says, there is an absolute taboo against this –  “The most strongly enforced of all known taboos is the taboo against knowing who or what you really are behind the mask of your apparently separate, independent, and isolated ego.”

We are not supposed to know who is wearing the coat. If we were to know then the whole pointless game would collapse instantly. The game would then be fatally compromised because with this radical awareness we would no longer be able to take those game-roles with the same absolute seriousness. The image would no longer be the thing – it would only be the image.

Once I catch sight of who is wearing the garment, the costume, then why would I continue to obsess about it, as if that were ‘the really important thing’? Once I see what is being covered up, why would I care any more for the covering?

The Self Cannot Observe The Self 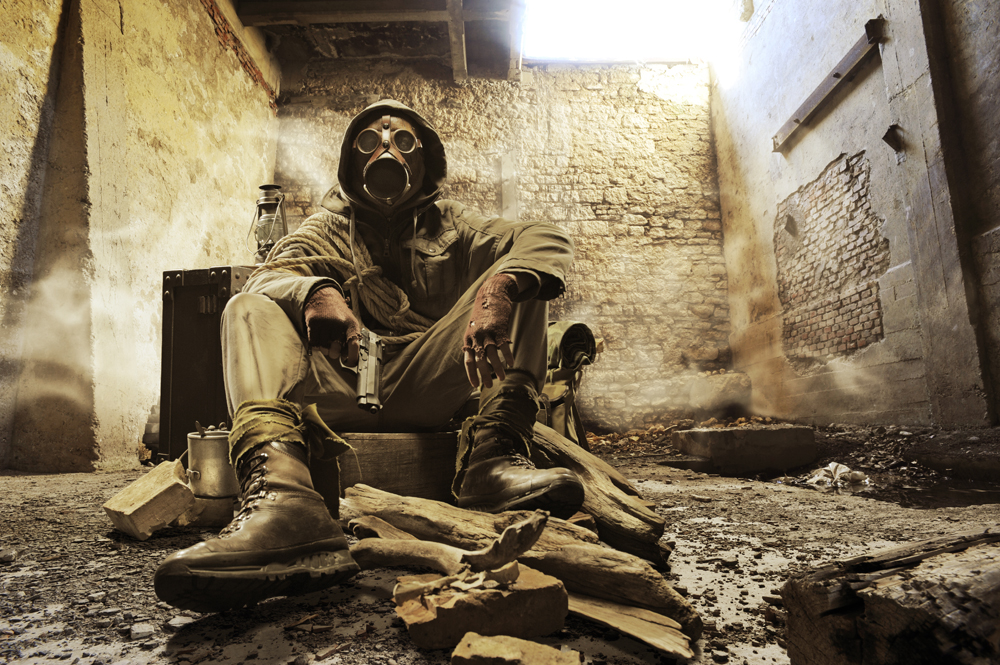