Being The Concrete Self

The CS is driven in all things by its need to make everything ‘right’ (‘right’ is the special code word) and ‘right’ can mean all sorts of things for it – it can mean anything at all. What’s right’ really means however – under all the fancy theatre of the game – is that things have to be arranged in such a way so as to validate the existence of the CS. That is the game that’s really being played – nothing else. The CS has to see itself (in the form of its own constructs, in the form of its own thoughts) reflected back at it from all sides because that’s how the validation works.

This is done by this business called ‘control’ – we have an idea of how things should be and then we arrange for things to be this way in reality. That’s all that it takes – that’s all that it takes for the CS to feel that it exists, which it actually doesn’t. We say that things should be a certain way, and then we make it so they are that way, and this is indisputable proof of its existence. What more could be needed? We can point to what we have achieved and say this is ‘the mark of our achieving’. I have accomplished something so I am the accomplisher; I have succeeded at the task, and so I am the succeeder.

As convincing as this on the face of things might seem there is a fly in the ointment. It’s a bug in the system that we haven’t found yet. One day we going to stick our finger in the pot of ointment to scoop some up and what we going to see – much to our dismay – will be the biggest fattest bug we ever did see. The glitch in the ointment of our self-validation is a little thing called redundancy. Redundancy is a thing that we can hardly avoid when it comes to self validation! Self-validation may seem like a neat and handy trick, something that we can always that will always get us out of trouble, but that’s only because we are steadfastly refusing to look into the mechanism of what we doing. It’s a little trick that seems to work but which actually doesn’t. What’s been accomplished isn’t being accomplished, what’s been gained hasn’t been gained at all.

The redundancy of which we speak is inherent in all goal-orientated activity. We identify a goal (which comes out of our thinking) and then we realise this goal. We bring it about in a moment of triumph and this triumph is ‘the rapture the concrete self’. But what should be really done here? We had an idea and then we realised this idea in reality. We have an idea, and then we projected it out ahead of us, and then we ran to catch up with it. We ran to catch up with it but where have we got to by this? How far have we travelled? We have never moved beyond our idea, not even by hair’s breadth. If we had moved beyond our idea, even by hair’s breath, then we’d be dissatisfied – we would get no satisfaction because the goal has now not been achieved…

The idea is one thing and then us realising this idea in the world around us is the same thing – it’s that same thing expressed in an apparently different way and so what we talking about here is tautology. We’re not getting anywhere different but we think we are; we’re not saying anything new – we’re only ever saying the same thing. We’re saying the same thing over and over again without realizing it. If we were to get somewhere that’s different from our starting-off point (if we were to say something that we haven’t already said before) then we would be getting somewhere. We will have gone beyond our dull ideas of the world in this case. But if the concrete self ever went beyond its stale ideas about itself and the world then it would no longer be the concrete self.

What this means is that the CS only gets to be the CS by never moving beyond its own idea of itself. What this means is that it is also traps within the realm of redundancy. The CS only gets to be the CS by making sure that it is perpetually trapped in the tautology – the tautology (or redundancy) of Athena gets to be real only because it itself says that it has. When the CS assures us shows itself that it is real then this is the look of self reference and all statements that come out of such a loop of the special quality of being self cancelling. This is the L oldest paradox in the book – the liar paradox. The CS is like a person who is frantically insisting that they are telling the truth with the more they insist the more you know that they are lying! The CS is insisting that it is real with all of its controlling, but the controlling itself is giving the game away.

The CS is the very personification of the liar paradox – it’s the liar that always tells the truth and the truth-teller who keeps on telling lies… It is a spinning top and as it spins (like some sort of mad thing) it contradicts itself – ‘true / false / true / false / true / false / true / false’ forever. The CS is ‘straining forever to get nowhere’ – it is working hard but it is its own work that is undermining it. It is bravely flying the flag of progress but this flag-waving is no more than a painfully thin cover-up for what’s really going on. All that ever comes out of the CS is self-contradiction. It wants to say that it exists but by trying to positively prove its own reality it neatly shows itself to a liar. It trips itself up every time…

Being this concrete self isn’t all that it’s made out to be, therefore. We’re certainly not getting the deal we thought we’d be getting! We’re certainly not getting the deal we were promised by all the adverts. Being the concrete self is a non-stop struggle but it’s not a non-stop struggle towards some great goal, some great outcome (which are words that it loves dearly) but non-stop struggle to protect itself from seeing that its goals aren’t real, any more than it is. There’s no such thing as ‘progress in reality’ here – only progress in the dream.

The situation of the concrete or mind-created self itself isn’t great – no matter how we try to talk it up, it isn’t great. No matter how we try we won’t be able to find anything good in it. The deeply unsettling thing here is the more that we look at the life of the concrete self the less palatable it becomes. Consciousness reveals a truth that is very hard there to see and that’s why we never want to see it!

We’re in a double-bind here – if we do nothing then we are faced with the sterility of the concrete identity, which we are naturally extremely averse to seeing, but when we strive for an improvement to this situation then the only ‘improvement’ we can ever get is imaginary improvement. The only type of ‘progress’ we are ever going to see is illusory progress. The unpalatable truth is that the CS can never be improved! There is never going to be any progress as regards its situation. If ever there was antithesis of the ‘positive thinking manifesto’ then this is it! The positive thinking brigade didn’t just ‘get it wrong’ – is putting it too mildly. That’s being too kind to them! To encourage us to believe that the concrete or mind-created self has a viable future (or indeed any type of future at all) is absolutely the worst possible psychological advice we could ever receive. 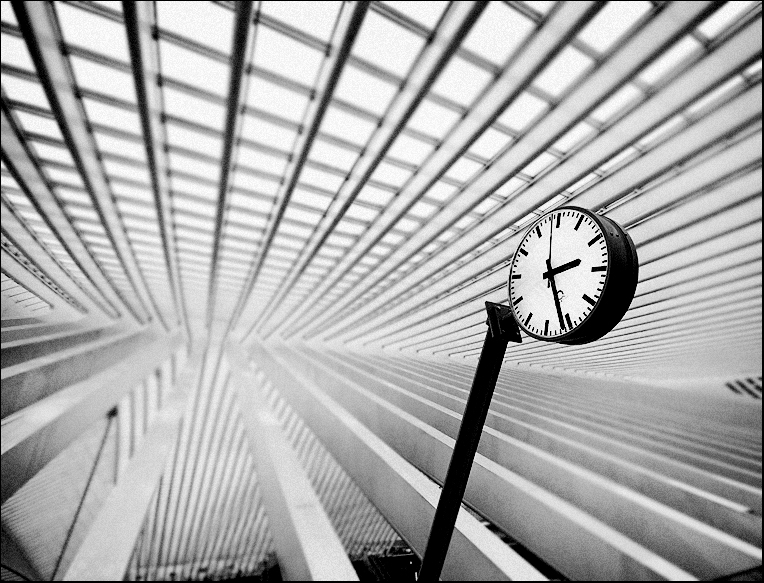 The Curse of Rational Psychology