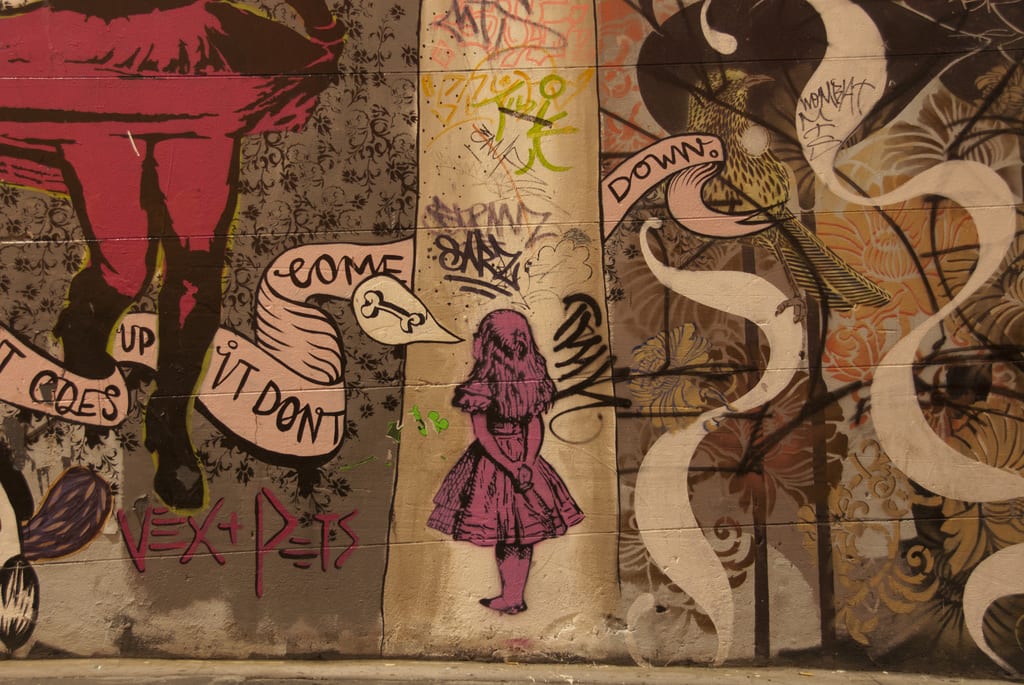 Nobody really understands this thing called ‘mental health’ – we talk about it an awful lot but we don’t have a clue what we’re talking about! The problem is that we are trying to understand mental health as it applies (or as we think it applies) to our idea of ourselves. This isn’t going to be the same thing at all however, obviously. Actually, it’s not just that ‘it isn’t the same thing’ – it is the complete reversal, it’s the complete antithesis. The idea of ourselves is ‘the map’, who we really are is ‘the territory’ and there is what we might call a discontinuity between the two. A ‘discontinuity’ means that there is an absolute abyss between the one and the other, and this is an abyss we know nothing of – ‘don’t mention the abyss’ is our unspoken motto!

The social world we live in is all geared to the idea of ourselves, as if there is no significant difference between the convenient concept and the ‘inconvenient’ reality. The reason we can speak of the actual reality as being ‘inconvenient’ is precisely because it has nothing whatsoever to do with the idea we have of it. There is, as we have just said, an unbridgeable divide between the two. We have developed society along lines that are totally incommensurable with our actual nature and so it would of course be highly inconvenient for us to become aware of this fact. We have a major support system in place for the ‘self-concept’, for ‘the idea of who we are’, and this (because of the profound discontinuity that exists between the map and the territory) necessarily means that there is the very opposite of the support system in place for ‘who we really are’. Instead of a ‘support system’ what we have is a hostile environment! It’s a ‘hostile environment’ because it’s hostile to everything that isn’t the ‘self-concept’, anything that isn’t part of the System of Thought. The game we are all playing will grant us acknowledgement (of one sort or another) just as long as we keep on playing it, but it certainly won’t acknowledge us if we don’t play along!

The environment that we have created for ourselves is a determinate one, which is to say, everything about it is defined. Because the determinate environment is defined, we too have to be defined in order to operate within it and herein lies the problem. An environment that comes ‘already defined’ is an environment that has zero scope for creativity in it; it’s not designed to be interacted with in a ‘creative’ way and so whatever tendency we have to be creative is hit with a giant hammer. When everything is provided for us by ‘the outside’ then this acts to prevent us from being fully human, since to be fully human is to be creatively interpreting what is going on around us! To be human is not to be defined, in other words. Although this is probably not something that would usually occur to us, what happens when we allow ourselves to be defined by our environment is that we become our environment. This ought to be fairly obvious of course – if the environment is – in effect – telling me who I am, then I am a function of this environment; it is determining me rather than vice versa. I accommodate myself to it, not the other way around.

The observation that if my environment defines (or determines) me then naturally I am going to be no more than ‘a faithful reflection of it’ is not something that we hear mention of very often however. The other point of view is the one that we always tend to hear – the point of view that says our environment is a reflection of (or function of) our will, that it serves us and not vice versa, in other words (although we don’t really hear this said as such because it is implied rather than stated). It is ‘obvious’ that our environment serves us rather than vice versa, and so there’s no need for anyone to state it. We take this to be true on the macro-scale just as much as we assume it to be true in the micro-scale – we might for example see it as being the case that our smart phones serve us, rather than seeing it as being the other way around, but it doesn’t take too much in the way of insight to see that the contrary proposition is far closer to the truth.

The only environment that wouldn’t determine or define us would be an environment that we ourselves haven’t ‘purposefully designed’ and whilst this wouldn’t have been so much of a problem in the past it clearly is now! We have less and less interest in ‘the natural state of things’ and more and more fascination with our own designs, our own plans and ideas, our own goals and agendas, and the result of this is that we have become ‘trapped by our own cleverness’. The reason we have been trapped by our own cleverness is that – as we’ve been saying – there is no freedom at all in our own rational output. There is no freedom in our own rational output because our ‘rational output’ is our own mind, our own very limited understanding of the word, and we show no interest at all in going beyond this! Far from being interested in what lies beyond our own limited understanding of the world, we are actually averse to acknowledging that there is any such possibility. As far as we’re concerned, there is nothing ‘beyond the known’.

This is a natural and normal function of thought – thought makes assumptions and then proceeds on the basis that these assumptions are correct. Thought is an experiment in ‘what if such and such a premise were true’, in other words. This is a perfectly legitimate experiment to carry out of course but when we create an entire world for ourselves in this way and then take this created world as being the only world there is then we have of course done something rather peculiar. Essentially, we have trapped ourselves – we have taken away our own freedom, we have taken away our freedom to question our assumptions. Instead of being sensitive to the fact that we have made assumptions, and then used them to build a structure on, to build a system on, we become intensely averse to seeing our assumptions as such. We see these assumptions not as assumptions but as ‘foundation stones’ that must be protected at any cost! Questioning them, subjecting them to critical inquiry, then becomes the greatest taboo of all.

All the effort we put in from this point becomes futile effort, therefore – it’s ‘futile’ because what we really doing with all our purposeful/goal-driven activity is trying to prove that our assumptions aren’t assumptions, but rather that they are the ‘precious foundation stones’ of everything that is good, everything that is sacred, everything that is important. Or to put this another way, what we are trying to prove with all our efforts, with all our endeavours, is that what isn’ttrue actually is true, and there’s no need to spend too much time dwelling on why this particular endeavour deserves to be called ‘futile’! Putting all our effort into ‘proving the untrue to be true’ isn’t exactly the best road to be going down, and it certainly isn’t the type of endeavour where we can rely on our efforts being repaid! Quite the reverse is of course true – the more investment we make in this particular project, the more pain we are going to get back.


We need to remind ourselves, perhaps, just exactly what it is we are talking about here – we’re not talking about some little thing that we do every now and again, some unfortunate but minor trait of ours, we are talking about the portion of our life that is based or predicated upon the picture that is given to us by the rational-purposeful mind. This is usually pretty much all of our life; given a chance, the incredible voracity of the rational purposeful mind is such that the picture it shows us will very quickly become the whole world as far as we are concerned. In this case therefore, our whole life becomes futile in the sense that we have just been describing. This is absolutely undeniable – it is undeniable that all and any activity proceeding from the basis of the picture that has been provided for us by that everyday thinking mind is futile. It is futile because we’re trapping ourselves straightaway, it is futile because we can’t see the hidden tautology – because we can’t see the disguised redundancy we think we are actually getting somewhere when we aren’t. This is the trap of ‘negative freedom’.

This gives us a very clear way of looking at this thing we call ‘mental health’ – mental health (we might say) is where we aren’t trapped in the wretched futility of the purposeful rational mind all the time! This doesn’t mean that we never think, or that we never do anything ‘on purpose’, it simply means that we don’t lose sight of the discontinuity that exists between thought our thoughts and reality. Not losing sight of the ‘discontinuity’ tempers our thinking, tempers our purposeful activity, it brings sanity to it. To be aware of the discontinuity brings stillness and the only truly effective action is action that proceeds from stillness. As D. H. Lawrence says, “One’s action ought to come out of an achieved stillness: not to be a mere rushing on.”

Without an awareness of the discontinuity all of our purposeful activity is actually insane – it is pure and utter insanity because it has nothing whatsoever to do with reality. We could equally well say that all our purposeful activity is insane because it all exists within the realm of the hyperreal, ‘the realm of the hyperreal’ being that realm in which ‘all we ever think about are our own thoughts’ (as Alan Watt says). Hyperreality is where our descriptions and commentaries run headfirst away from reality and ‘feed upon themselves’ – there’s no actual space anymore and so everything is merely an indefinite extension of the same unwarranted unconscious assumption. In psychological terms, we could say that all there is in this world is reacting – we react to our own reacting, and then we try to make this right by reacting to the consequences of us reacting to our own reacting! It is a world without freedom, in other words.

‘Mental health’ can only mean one thing therefore – the perception of the hidden discontinuity. It means ‘the ability to break free from the logical continuum’, ‘the ability to not react to the consequences of our own reacting’ or, as we could also say, the ability to see that all of our mental constructs are entirely vacuous, entirely nonsensical. The only problem with this – of course – is that we don’t really want to have this ability! We want it like we want a hole in the head. We don’t actually want to have any perspective on the games that we are playing, this is precisely our dilemma. We want to have our cake and eat it – we want to play our unfree games and yet not suffer from the pain that this lack of freedom brings. 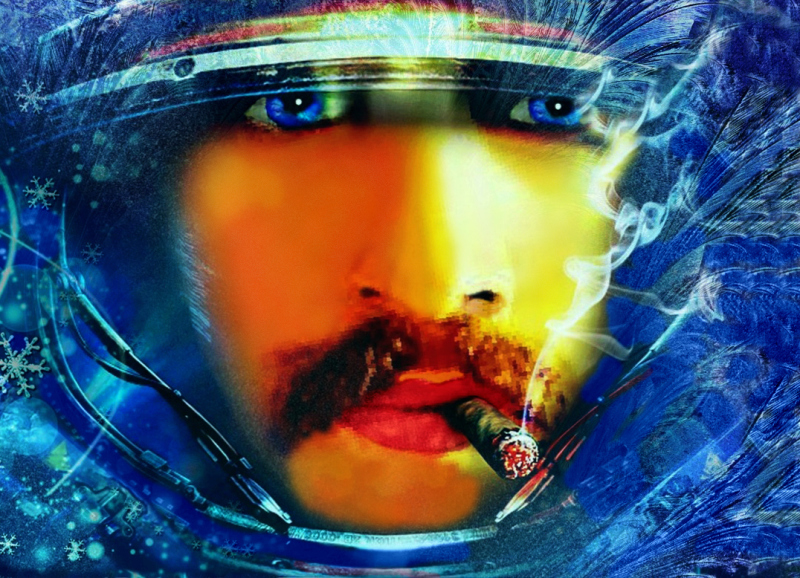 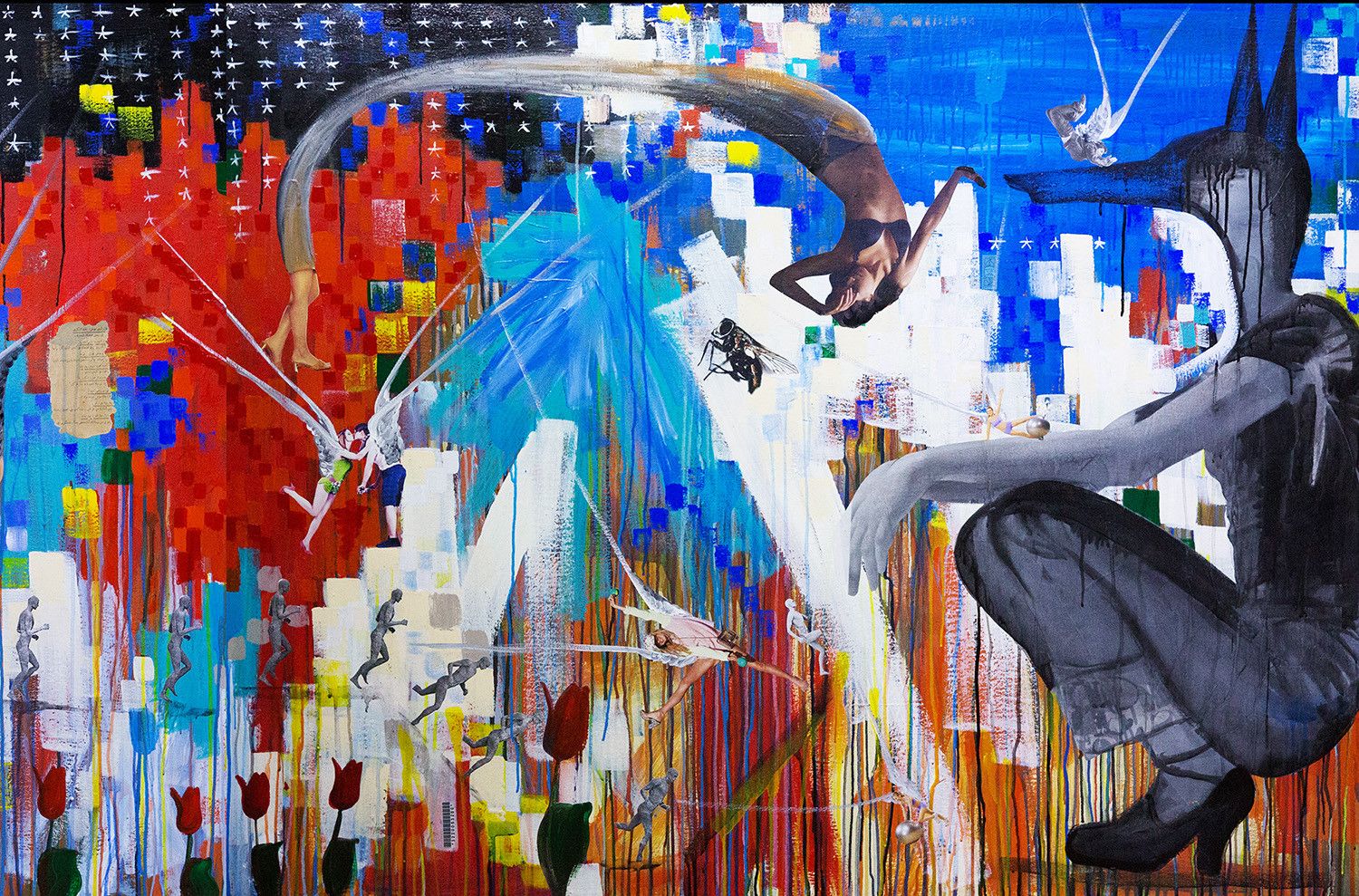 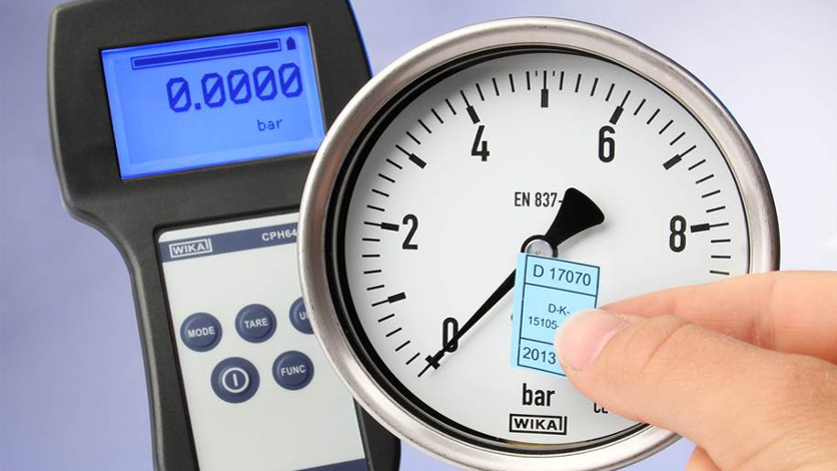 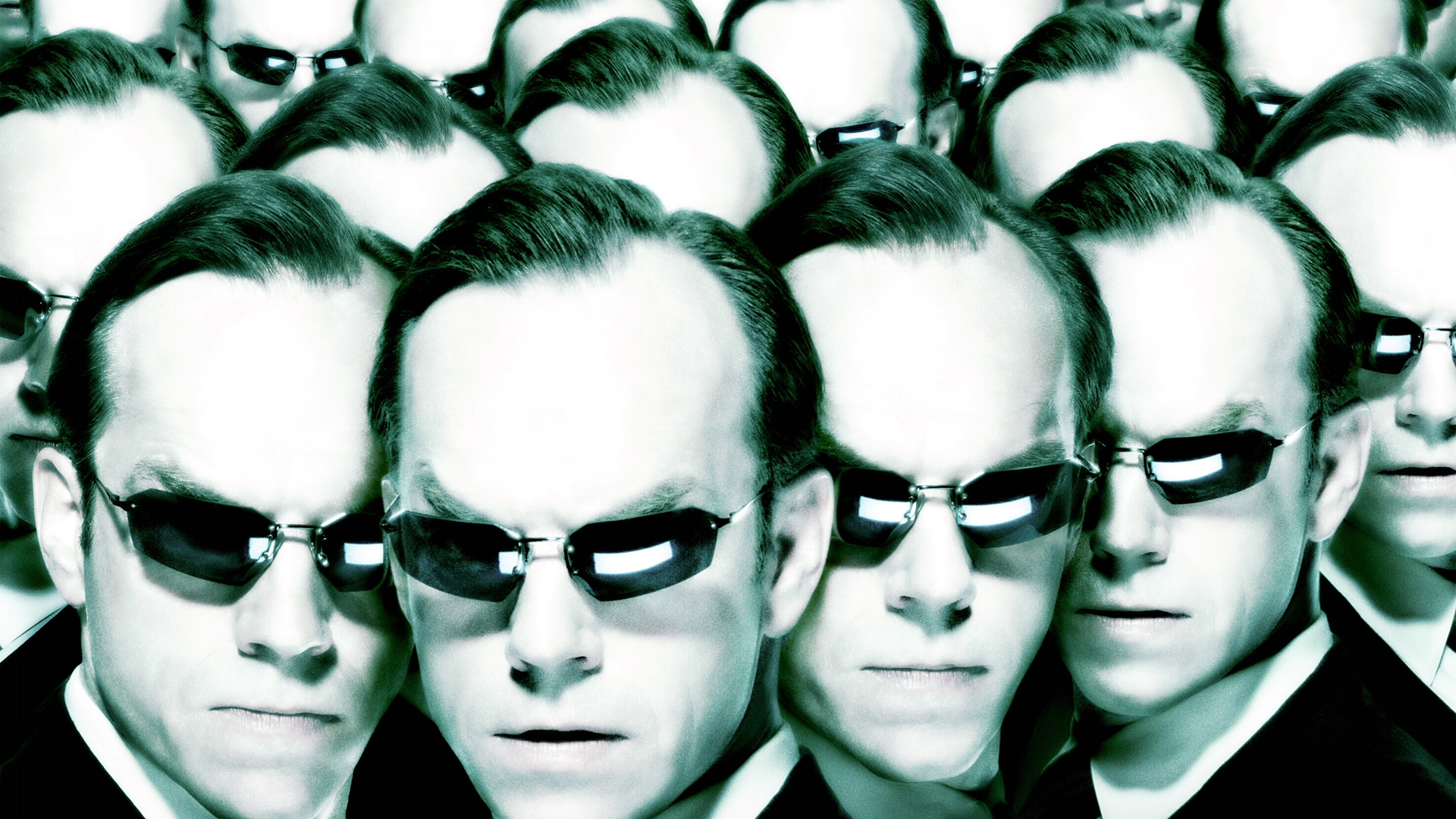